China has a 4209-km long border with Russia, a significant part of which is on the Amur and Ussuri rivers 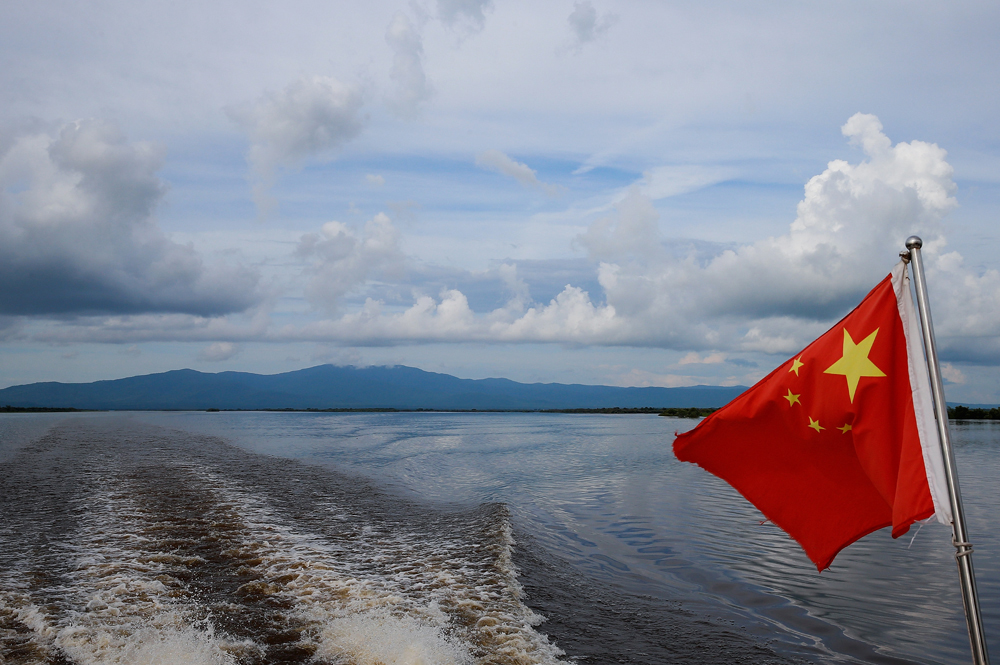 
With its wide tree-lined boulevards, perfectly-maintained turn of the 19th to 20th century European-style buildings and Mediterranean feel in the summer, there is little more than geographical location to even remotely suggest that Khabarovsk is a city in Asia. The city of six lakh inhabitants is, however, just an hour’s drive away from Heilongjiang, the northeastern Chinese province that was once known as Manchuria.

China became even physically closer to Khabarovsk in 2005, when Moscow ceded the Tarabarov Island and half of the Bolshoi Ussurisky Island to Beijing as a final settlement of their boundary dispute. By 2008, when Russia would officially transfer about 174 square kilometres of territory to China, the only Russians who would leave the Chinese half of Bolshoi Ussurisky were fishermen and hunters who had small cottages (dachas) on the other side.

A year ago, I visited the Russian part of the riverine island, which looks just as it did for decades, while there was visible but sparse construction activity on the Chinese side. History as taught in Chinese schools is centered around the “Unequal Treaties” that Imperial China had to sign with Britain, France and Russia. It was the 1860 Convention of Peking under which China formally recognized the areas north of the Amur River as a part of Russia. Land under Russian administration has been highly coveted by the People’s Republic of China.

If media reports on the Chinese incursions on the Indian side of the Line of Actual Control in 2020 are to be entirely believed, then China is employing a strategy that it has tried out over the decades in its border territories in places as far and wide spread out as Vietnam and the Russian Far East.  This ‘salami slicing’ strategy as many analysts have called it is a way of nibbling at territories of its neighbours in small amounts to alter agreed-upon boundaries.

China has a 4209-kilometre long border with Russia, a significant part of which is on the Amur and Ussuri rivers. In the eastern section, there are hundreds of small islands on the rivers that offer little value to either country, but some of them which China claimed were under Soviet control since the late 1920s. Tensions on the borders between the countries began to flare up in the 1960s when the Sino-Soviet split took place.

The first attempt by China to take a slice out of disputed territory took place in March 1969. As is the case in 2020 when the People’s Republic’s economy and reputation have both taken a big hit on account of its alleged mishandling of the Covid-19 pandemic, the Chinese Communist Party in 1969 was an international pariah and faced domestic strife over the Cultural Revolution. In 2020 it is territory along the Line of Actual Control with India that China is trying to nibble at, but just over five decades ago, it was islands on the Ussuri and Amur rivers, near Khabarovsk and Vladivostok.

By 1969, there was a massive build-up of troops on the Sino-Soviet border, and Chinese historians say Mao Zedong seriously contemplated a full-scale war with the USSR as a way of mobilising popular support in China.

Russians also blamed Chairman Mao for the tensions in the border areas. “From the second half of 1966, the Chinese leadership, led by Mao Zedong, organized a number of provocations on transport and the Soviet-Chinese border,” according to the website of the Russian Historical Society. “Claiming that this border was forcibly established by the Russian Tsarist government, it made claims for several thousand square kilometres of Soviet territory. Particularly acute was the situation on the river border along the Amur and Ussuri, where, over a hundred years after the signing of the border treaty, the river’s channel changed, some islands disappeared, while others approached the opposite bank.”

The first flare-up took place in the early hours of March 2, 1969.   A Chinese patrol ambushed Soviet border guards on Damansky Island on the Ussuri River.  Three platoons of People’s Liberation Army (PLA) troops with one artillery and two mortar units staged a surprise attack on the island. The Red Army, which had not been directly involved in a major conflict since the Second World War, was caught totally off-guard suffered 29 deaths.

The Russians struck back with tanks, artillery and armoured carriers, and fighting lasted for 15 days, resulting in 248 deaths for the Chinese.  Russian historians claim the Chinese lost “thousands” in the conflict.

The well-prepared PLA initially seized control of the island and was able to hold off three waves of Soviet counterattacks. “Attempts to restore the situation with the help of Soviet motorized rifle units were unsuccessful. The Soviet command then used the Grad multiple launch rocket system,” the Russian Historical Society adds. The PLA gave in after the Soviet fired more than 10,000 artillery rounds.

Despite the remoteness of the area when looking at it from the European part of the Soviet Union, the conflict did create a public uproar. There were massive student demonstrations outside the Chinese Embassy in Moscow. Joining protesting Soviet students was a young Vinay Shukla, who was then a student and would later spend decades covering Russia and the former Soviet Union as a journalist, including as the bureau chief of PTI and UNI in Moscow. “I could never imagine how the Soviet students threw inkpots at the Chinese Embassy,” Shukla says. “Ink was out of stock at the Moscow State University kiosks within minutes.”

Shukla adds that on the first day of spontaneous protests, the police retreated and students were free to hurl inkpots and other objects at the Chinese Embassy. “However, on the next day, buses were placed between the demonstrators and the embassy wall, so protestors could only show posters. Busloads of workers from factories were brought to protest for three days,” he adds.

After the initial shock of the Chinese ambush, the Red Army was ready to inflict major casualties in case a full-scale war broke out.

Skirmishes continued to occur over the next six months, with the biggest clash taking place at the Xinjiang-Soviet border. In August 1969, Tielieketi was the scene of a major clash. The Chinese were routed in that battled and the town came under Soviet control and was back in China’s possession after newly-independent Kazakhstan returned it in the 1990s. The battle at Tielieketi claimed the lives of 28 PLA troops, while the Red Army lost 2 soldiers.

In 2020, the Chinese are open to talks with India over the clashes in Ladakh, but Chairman Mao’s China scoffed at Soviet attempts to hold talks. Documents released after the collapse of the USSR show that Soviet Premier Alexei Kosygin tried to call Chairman Mao but the telephone operator insulted him and hung up. It is even believed that Soviet diplomats in Beijing tried desperately to get the Chinese leader’s personal phone number in order to help Kosygin reach him.

A Soviet attempt to get the Warsaw Pact members to unanimously condemn China for its attack was blocked by Romania’s Nicolae Ceausescu.

It was also in 1969 that the Soviets reached out to India for an alliance against China. The Americans also kept a watch on the situation and the conflict heightened their desire to reach out to the People’s Republic.

Such was China’s resistance for talks with the Russians that when both the Chinese premier and his Soviet counterpart were invited to attend the funeral of Ho Chi Minh in Vietnam, the Chinese leader flew out of Hanoi early to avoid being with Kosygin! The Chinese denied the use of their airspace to Kosygin, who flew to India and was informed there that Zhou was ready for talks. Kosygin and Zhou then held peace talks at the Beijing Airport. They agreed to have rounds of Sino-Soviet border talks in the same way India and China later scheduled such talks. After 40 meetings, the Sino-Soviet talks were suspended.

Following the strong military and diplomatic response from the Russians, the Sino-Soviet border stayed free of major incidents right until the collapse of the Soviet Union.  In 1991, Soviet troops withdrew from Damansky. The island is called Zhenbao by the Chinese and is now a wetland nature reserve.

In 2004, Russia and China signed a border agreement, under which the latter accepted Tarabarov and half of Bolshoi Ussurisky. Beijing has officially relinquished all claims on areas that were under its control in the first half of the 18th century, but the Chinese are masters at planning. The Russian Far East, which borders China, has a landmass of 6.96 million square kilometres, (which is more than twice the size of India) and a population of less than 6 million.  Heilongjiang, which is on the other side of the Amur and Ussuri rivers has more than 30 million people. Some Chinese geopolitical analysts boast of Chinese citizens walking across the frozen river in 100 years and taking over abandoned cities and countryside.