How we can correct a fatal flaw of our society 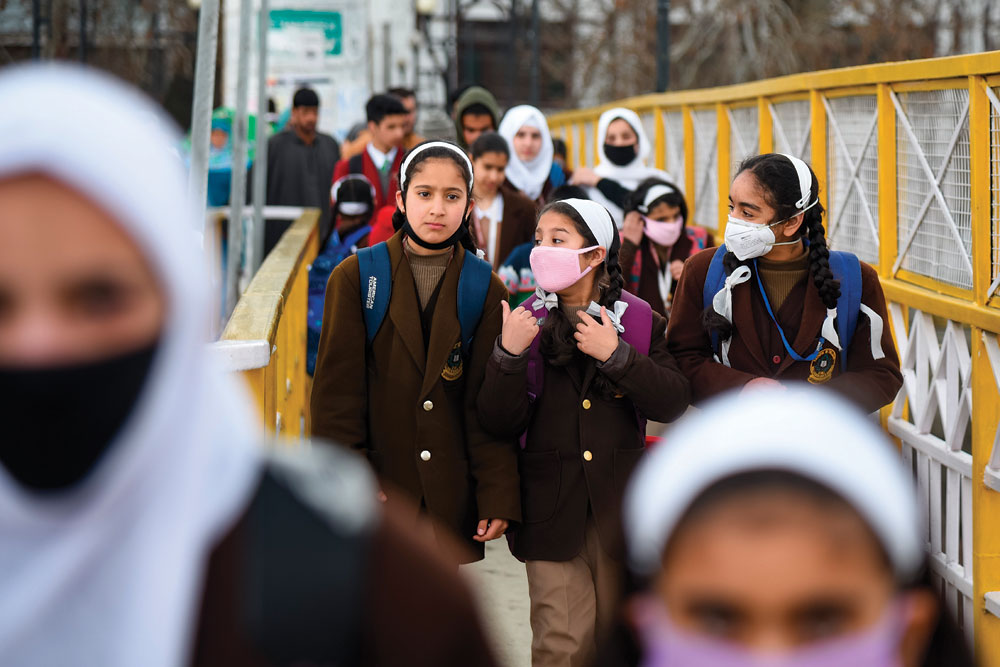 
A COUNTRY IS KNOWN by the ecosystem it creates for children: children who may belong to any stratum and reside in any part of the country. Children who are given the freedom to play unhindered; where there are playgrounds that aren’t locked or the preserve of only the rich and the well-heeled. Where children can learn from experiences that they create and not the ones that are outsourced by their “socially active” parents. Children whose childhood is spent exploring the world that they will eventually inherit. Where they can learn from practical situations as also from their work in established schools. I have often stated that the reason why India does not create intellectual property is not because we are less bright but only because we refuse to allow people to imagine, innovate, and be inspired.

The stark reality of bringing up children in India doesn’t hit you until you have some of your own. It is then that you realise how perverse and pernicious this ecosystem is, where parents compete using children as weapons of mass competition. Where you pride yourself on the child’s abilities even though little realising you are pushing children into this competitive hellhole early on in their lives. In this pursuit of economic independence and nuclear families, many children have lost access to grandparents and through them, to a world of anecdotes steeped in values. Many years ago, Salim Khan, the veteran film writer, when asked as to why our children were growing up the way they were, told me that the “mother” was missing: he went on to elucidate that in the good old days, the mother would reprimand her child if he or she lied. But today, the mother tells the child to say she isn’t home (when she is), and so on. Thereby, legitimising a world of lies.

In this rush to embrace a digital world, parenting has been outsourced to phones and iPads, not to mention the good old television set. Very few parents read to their children: and often it is the “lack of time” that is touted as the reason. We have shrunk the world for our children. We have moved them away from the civilisational legacy they are the inheritors of. Parents see their children as badges of honour: almost as if it completes them or their family, rather than looking at them holistically. It is this which is the fatal flaw. We cannot engender a just society where life’s lessons are going to be taught in schools which themselves have become centres of profit and not centres of learning. We pay our teachers a pittance, not to mention the paucity of fine teachers. The rich have an unfair advantage. They can choose between types of education but the less privileged are worse off. The poverty of opportunities is worse than pure-play economic deprivation. And we as a nation need to recognise this inequality.


If you examine the urbanisation of India, you will observe how sad the facilities are for children. We lack public spaces where children can enjoy the outdoors. Picnics that were outdoors have been replaced by outlandish parties for kids in five-star environments

We cannot expect to create a fair and just society if we allow this education deficit to continue. Our children are not just our future. They are also our responsibility and with responsibility comes great accountability, not to mention an inherent sense of duty.

When our daughter was born in 2019, we had to relocate her and my wife to Goa. We needed to leave Delhi because of the ghastly pollution that Delhi is also the capital of. We could afford to do that but there are many who can’t. So, what choices do they have? The starkest option is to nurture children in an environment so toxic that you will have your children growing up with nebulisers rather than with toys and books.

If you examine the urbanisation of India, you will observe how sad the facilities are for children. We lack public spaces where children can enjoy the outdoors. Picnics that were outdoors have been replaced by outlandish parties for kids in five-star environments and those who can’t afford that, grow up with a feeling of inadequacy and neglect. Someone in the corridors of power needs to awaken to this reality. Inaugurating schools (without teachers) or having fancy crèches is not the solution. Before we begin to look at educating our children, some form of parental education will need to be set in motion or else tomorrow’s India will be more materialistic rather than meaningful.