Vivekananda and the Himalayan connection—Part VI 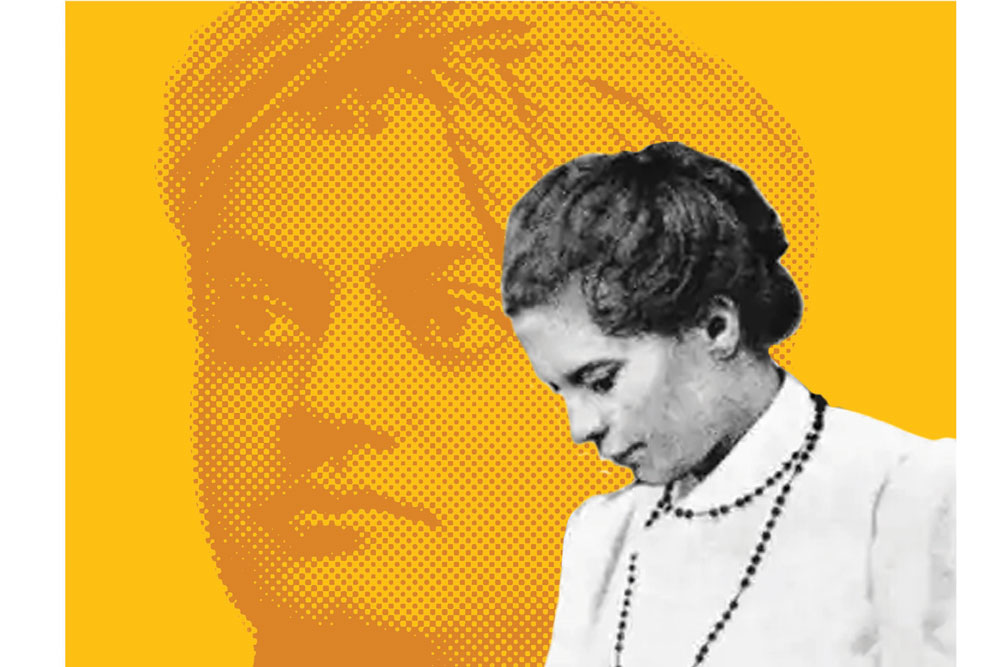 
THOUGH IN 1897, Swami Vivekananda had warned Sister Nivedita of the many difficulties that she would face in India, he had also bid her welcome—‘a hundred times welcome’. He had no wish to paint a rosy, unrealistic picture and to varnish or mitigate the trials and tribulations that lay in store for her.

Would the strange, hot, dusty and colonised nation, or the role that she was to adopt as its champion, suit her? But after forewarning her, Vivekananda also promised in no uncertain terms to stand by, and with, her, ‘As for me, I am nobody here as elsewhere, but what little influence I have shall be devoted to your service’ (ibid).

Well aware of how difficult a transition he was subjecting her to, he also absolved her, in advance, of any wrongdoing if she decided later to turn back or even part ways: ‘If you fail in this or get disgusted, on my part I promise you, I will stand by you unto death whether you work for India or not, whether you give up Vedanta or remain in it’ (ibid). He also urged her to be self-reliant, depending on nobody or no one: ‘Again, I must give you a bit of warning. You must stand on your own feet… it is absolutely necessary to stand on one’s own feet’ (ibid).

Of course, being forewarned is not always to be forearmed, especially when it comes to one’s psychospiritual training. Each one must, so to speak, bear his or her designated cross. This Nivedita had begun to realise in the hardest possible way during this Himalayan journey.If Almora (in Uttarakhand) was harsh and difficult for the Indian guru and his English shishyaa, Kashmir, so beloved to the Swami, was even more trying and demanding.

As if anticipating their trip a year earlier, on October 1st, 1987, the Swami had written Margot a passionately beautiful letter from Srinagar, the capital of the princely state: ‘I shall not try to describe Kashmir to you. Suffice it to say, I never felt sorry to leave any country except this Paradise on earth.’

Vivekananda had grand plans in the valley, with the Hindu maharaja’s help. The latter, Sir Pratap Singh, held Vivekananda in high regard. He was agreeable to starting, at the Swami’s behest, a Sanskrit college and math. Unfortunately, that did not materialise. Though Vivekananda had been invited by the maharaja to choose a piece of land, that item was twice vetoed out of the agenda by acting Resident Sir Adalbert Talbot.

The journey from Almora to Kashmir was long and arduous. The group descended to the plains of United Provinces, then travelled to Punjab, reascending to the Himalayas via Rawalpindi, Murree, Muzaffarabad, thence to Baramulla, finally to Srinagar.

Arriving in Srinagar on June 20th, 1898, the group soon made themselves comfortable, moving into houseboats on the Dal Lake. Filled with enthusiasm, Vivekananda took his party to the Shankaracharya temple, also called Takht-i-Suleiman. The Swami exclaimed:

“Look! What genius the Hindu shows in placing his temples! He always chooses a grand scenic effect! See! The Takt commands the whole of Kashmir. The rock of Hari Parvat rises red out of blue water, like a lion couchant, crowned. And the temple of Martanda has the valley at its feet!”

It little deterred Vivekananda that what he was looking at, and showing to his group, were the ruins of India’s ancient civilization. Kashmir, with its grand temples and rich cultural history, was formerly the intellectual centre and cultural nucleus of classical India. After centuries of Islamic rule, most of its population had forgotten the genius of their own ancestors. Perhaps, standing aloft that hoary peak, he envisioned a new birth for his beloved nation.

On June 26th, the party visited the root shrine of Kashmir, Kshir Bhavani, where Swami would later see the vision of the Divine Mother. Throughout their time in Kashmir, the group also went to see other famous temples. One of these was the ancient Pandrethan shrine, ‘sunken in a scum-covered pond within a wood by the side of the Jhelum’. The temple of Meruvardhanaswami, built in the early 10th century, was once located in Kashmir’s capital. Founded, according to Kalhana, by King Pravarasena, in the 6th century, the Sanskrit name of Pandrethan was Puranadishthana or ‘old town’.

The fine carvings in the interior of the temple were praised by Vivekananda:

‘Inside the temple the Swami introduced his companions to the study of Indian archaeology and taught them to observe the decorations in the interior with their sun-medallion and beautiful sculpture, in low relief, of male and female figures intertwined with serpents. Among the outside carvings was a fine image of Buddha, standing with his hands uplifted, in one of the trefoil arches of the eastern door, and a much defaced frieze of a seated woman, with a tree—evidently Maya Devi, Buddha’s mother. The temple was built of heavy grey limestone and dated perhaps from Kanishka’s time AD 150’ (ibid).

Nivedita recalls that the Swami thought the Buddha “was the greatest man that had ever lived”. “He never drew a breath for himself… he never claimed worship. … Buddha is not a man, but a state. I have found the door. Enter, all of you!” (ibid).

Vivekananda also took his group to the great temples of Avantipur, Bijbehara (Vijeshwara) and Martand, which they visited on July 23rd. Nivedita writes: ‘It had been a wonderful old building—evidently more abbey than temple—in a wonderful position; and its great interest lay in the obvious agglomeration of styles and periods in which it had grown up.’ With trefoil arches, originally ‘three small rectangular temples, built with heavy blocks of stone, round sacred springs… . Its presence is a perpetual reminder that the East was the original home of monasticism’.

The Swami led many profound discussions on Egyptian, Zoroastrian, Christian, Islamic and Indic religions and faiths, in each instance presenting the broadest and deepest ideals of each tradition, leavened with his own unique insights. In all, enjoying the sights and listening to Vivekananda’s teachings on various aspects of Indian culture and spirituality was their daily routine.

On one occasion in Islamabad, Vivekananda picked up two pebbles, saying, “Whenever death approaches me, all weakness vanishes. I have neither fear, nor doubt, nor thought of the external. I simply busy myself making ready to die”.

Striking the rocks against each other, he continued, “I am as hard as that… for I have touched the feet of God!’ (ibid). But, as Nivedita recalls, ‘The Swami was not the philosopher or the teacher all the time. He could be gay as well as grave, full of fun, jokes and humorous stories—a phenomenon which shocked the feelings of the divines and ecclesiastics when he was in the West’ (ibid).

Vivekananda’s lessons in leadership to his chosen disciples continued: “Some people do the best work when led. Not everyone is born to lead. The best leader, however, is one who ‘leads like the baby’. The baby, though apparently depending on everyone, is the king of the household” (ibid).

Vivekananda was well aware that without personal magnetism and charisma no leader could inspire others to do his bidding. Yet, there was a great danger in the adoration and adulation that such leadership induced:

“The great difficulty is this: I see persons giving me almost the whole of their love. But I must not give anyone the whole of mine in return, for that day the work would be ruined. Yet there are some who will look for such a return, not having the breadth of the impersonal view. It is absolutely necessary to the work that I should have the enthusiastic love of as many as possible, while I myself remain entirely impersonal” (ibid).

Did he specifically have Nivedita in mind when he explained the difference between personal and impersonal love?

For the guru, only the latter was possible. Regardless of how much the members of his flock idolised him.