Are they about to emulate the Ant Financial model? 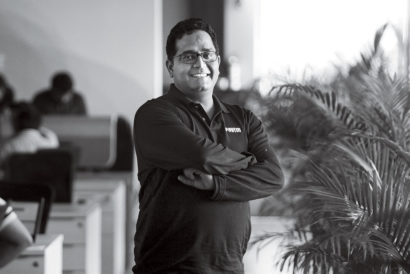 
Paytm is an impressive company. I teach a Harvard Business School case study on them, and it’s remarkable how they have identified and exploited opportunities.

Starting off by enabling small payments to vendors (eg. for recharging a mobile phone), then moving on to local transport (eg. Redbus and Uber), they have made a name for themselves in the broader payments market.

Paytm has moved into e-commerce, travel, insurance, gaming, and investments. It is now a marketplace and a distribution channel with some 400 million end users.

They were also the principal beneficiary of the 2016 demonetization. ‘Paytm accepted here’ signs became ubiquitous as digitization took off.

According to the 2019 HBS case, China’s Alibaba group took a stake of more than 40% in Paytm in 2015, and that helped sharpen its focus and fuel its growth.

Paytm’s founder Vijay Shekhar Sharma is a savvy entrepreneur, and he’s nothing if not ambitious. The HBS case, mostly based on 2016 data, concludes as follows:

“As Sharma reflected on Paytm’s success, he was convinced that he was on track to achieving his goal of building India’s first $100 billion company. He stated, “China produced Alibaba and Tencent, Japan produced Softbank, South Africa produced Naspers… we are headed for that journey”.

Clearly Sharma is familiar with the successful business models of Alibaba and Tencent, which revolve around two things:

– a monopoly on data (China does not allow foreigners access to Chinese data)
– a ‘superapp’ that is a walled garden: a fintech supermarket (eg. WeChat or Alipay: it’s so comprehensive, based on a lot of third-party apps, that the customer has no reason to ever go outside the superapp)

It is a sensible move to follow in their footsteps. It is eminently reasonable that Indian consumers’ data be firewalled away in India (remember the now tired cliche “Data is the new oil”?).

Secondly, it makes sense that a WeChat/Alipay clone be built in India, the largest consumer market in future, where Paytm already has a trove of end-user data.

That business model in China has made Alibaba and TenCent (WeChat’s owner) two of the most valuable companies in the world.

Ant Financial (formerly Alipay), a spin-off from Alibaba, is about to go public in Shanghai/New York, and it will be one of the biggest IPOs of all time.

What made Ant so successful is its leveraging of its enormous payment user base (a billion people) to move into adjacent markets, for example mutual fund investment using the idle money in Alipay wallets.

They handled $17 trillion last year according to The Economist.

Ant’s biggest growth area today is in lending, because they have so much (real-time) information about the financial history of consumers and small businesses that they can easily gauge credit risk, and thus be reasonably assured of repayment.

Starting off with lending its own money, Ant Financial now acts as a broker for other lenders.

Not surprisingly, Paytm seeks to follow suit. Its business model is similar. It has its own mutual fund offer, Paytm Money. Indian laws may not allow Paytm to become a loan supermarket, but surely there are opportunities even as a credit bureau.

I was personally never a Paytm user, and consciously started avoiding them when the Alibaba investment came in.

After demonetization, I started using BHIM regularly, and I find both that and the underlying UPI to be genuinely good products: a rare win for Indian software developers, especially in the important fintech world.

Lately, however, I have found Google Pay easier to use, and so use that as well. Just like ‘google’ became a verb, now ‘Google Pay’ has become a proxy for ‘contactless payment’ for small retailers.

The coronavirus has accelerated the use of Google Pay, as nobody wants to deal with cash or cards, as both may pass on the infection.

Paytm, now valued at about $16 billion, and one of India’s stellar unicorns, has juggled its shareholding recently (Source: Wikipedia):

Much earlier, the shareholding pattern was:

So there has been an infusion of capital and the consequential dilution of Indian shareholding. The Alibaba Group ownership, including Ant Financials, is at about 37%, SAIF (a spinoff from Softbank) is at 19% and has the majority of its operations in China.

SAIF may also be Chinese money coming in, and given Softbank’s recent troubles, it’s not clear if their money is Japanese or Chinese. It may not be incorrect to assume that Chinese investors collectively own a controlling stake in Paytm.

This may attract the attention of regulators concerned about the use of Indian data by foreigners, and will likely continue to be a headache for Paytm, as the Ladakh standoff continues, and babus slowly become aware of the value of data.

“Google Pay has taken a comfortable lead in India’s payments over rivals like PhonePe, Amazon Pay, and a one-time market leader, Paytm. However, for Google, the up and coming WhatsApp Pay may prove to be the real challenge.”

Jio Platforms, which has entered into alliances with Facebook and Google, and has trialled WhatsApp-based demand-management along with its own POS for small businesses, is a threat both in the B2B market and the consumer market.

It is in this context that a mis-step by Google has turned into an opportunity for Paytm. Google Play briefly unlisted the Paytm app in September allegedly for violating store terms and conditions.

The app was re-listed shortly, but the incident irritated Paytm.

In addition, Google Play announced in September a global rollout of a 30% distribution fee, which Apple, for instance, has been charging for its App Store for a long time.

An outcry from Indian developers forced Google into making a U-turn, and it has deferred the fee rollout for Indian apps to March, 2022.

This has given Paytm a chance to be the champion of app developers, and it has announced a rival play store in India, and a fund of Rs. 10 crore to support partners.

An excellent move, because it allows Paytm to wave the flag against exploitatve Silicon Valley Big Tech, and to gather critical mass for its own play store.

That brings up a critical question: is the Paytm app store, like Apple’s and Google’s, an open distribution mechanism for apps on the iOS and Android platforms, or is it a closed walled garden like WeChat or Alipay’s?

Chances are that it is the latter, because it would be hard to compete against the established open app stores with their reach, and their brands.

If it is the latter, it is a coup for Paytm. They may have succeeded in locking in the final piece of the puzzle to enable themselves, Ant Financial-like, to create a dominant, must-have superapp.

Well, Jio and WhatApp may have other plans, but kudos to Paytm for its chutzpah.