The aesthetics of Indian politics VII 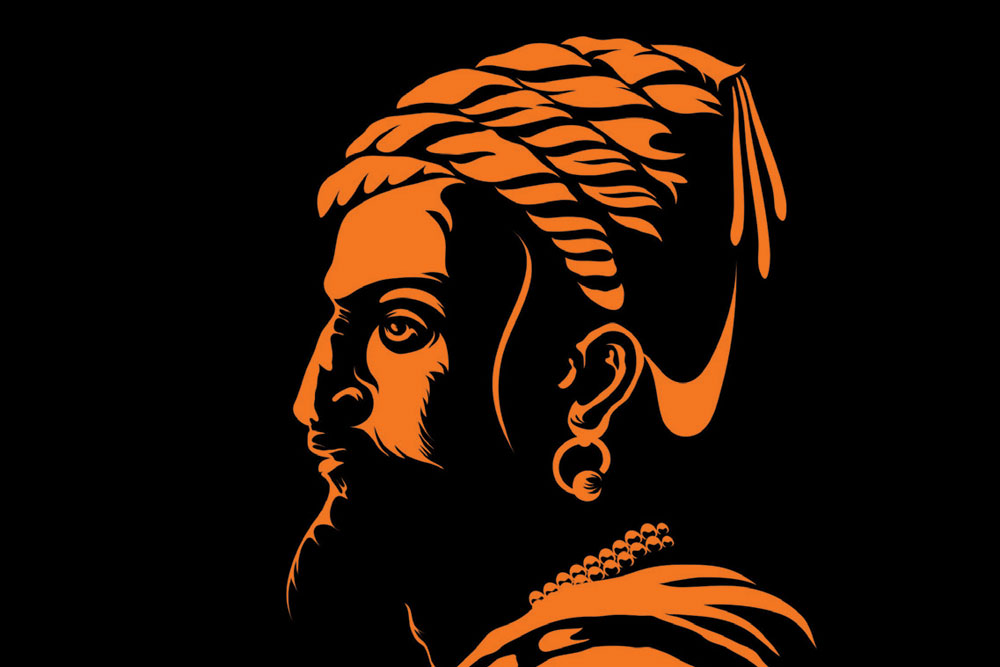 
IT IS VERY humbling to go to Vrindavan in the company of the devotees of Krishna. I feel this so much more intensely standing between Radha Kund and Shyama Kund. There are two Hare Krishna Goswamis with me, dressed in white. On the way, I learn about their strict austerity and financial probity. They receive or keep no money, cannot maintain bank accounts or property, and must draw from their temple whatever is needed for their expenses, accounting for all spends with vouchers and receipts.

Both of them are engineers from middle-class families, who gave up lucrative careers to serve Krishna. This morning, we have been up since the crack of dawn, waiting to go to Radha Kund and Shyama Kund, the two sacred ponds of Vrindavan. Chaitanya rediscovered their location in rice fields when he visited the area in circa 1515. One of his disciples and the six founding Goswamis of Vrindavan, Raghunatha Dasa(1494- 1586), helped expand and beautify Radha Kund in 1554. He lived on its right bank for the last 40 years of his life. His samadhi is found there, beside the pond. That is where we enter, leaving the main road behind, and entering the narrow lanes.

My guide says, “This pond is considered the most sacred tirtha. For it is the essence of Radha Rani herself.” The Upadesamrita by Rupa Goswami in verse 9 explains why it is the holiest of the holies for Gaudiya Vaishnavas:

“Due to Śrī Kṛṣṇa’s having taken birth there, the abode of Mathurā is superior even to Vaikuṇṭha, the realm of spiritual opulence. Superior to Mathurā is the forest of Vṛndāvana because there the festival Śrī Upadeśāmṛta of the rāsa dance took place. Superior to the Vṛndāvana forest is Govardhana Hill because Śrī Kṛṣṇa raised it with His lotus hand and performed many pastimes there with His devotees. Yet superior even to Govardhana Hill is Śrī Rādhā-kuṇḍa because it immerses one in the nectar of Śrī Kṛṣṇa’s divine love”.

Now I am standing by the lake, unsure of what to do. The waters don’t look all that clean or transparent. I can clearly see moss and algae, even fish and turtles.

The Goswami says, “What is there to hesitate?” I look at my wife. She smiles. I strip to my underwear. The local panda, who is helping us, warns repeatedly, “Hold the chain, hold the chain.” I realise why. As I enter, the steps are so slippery that if not for the chain, I would have toppled and fallen.

The water is surprisingly warm. I slide inside. The panda says, “Be careful. It is very deep.” I swim a bit, then go under. The water is brackish, but not offensive to taste. As I lie afloat on my back, I feel my thoughts, mind, senses and the world itself slip away. It is as if I have entered the womb of time.

When I emerge, I am smiling. I feel very fortunate. Now I move over to Shyama Kund for the dip. The light, energy and atmosphere are different. The water feels crisper, sharper, not as soft and velvety as Radha Kund’s. Then I return to complete the ritual by entering Radha Kund once again.

Of all the rasas of devotion as formulated by the aestheticians of bhakti, madhurya, or the sacred amatory union with Krishna, is the highest. And Radha Rani, the queen of Vrindavan, is the supreme embodiment of this form of love. Her parakiya or illicit passion for Krishna makes her a controversial figure in other parts of India. After all, she is not married to Krishna. But transgressing all boundaries, she loves him as no one else does or can. She is his own hladini shakti or bliss-giving power. In Vrindavan, Radha’s love for Krishna, her attitude of complete and unconditional surrender, Radha bhava, is considered the peak experience and attitude of bhakti.

In one of my earlier visits, I found that the lanes of Vrindavan get narrower and narrower as one approaches. I remember the famous doha of Kabir: “Prem gali ati saañkari, tamein do na samaahi/ Jab main tha tab Hari nahi, ab Hari hai main naahi” (The path of love is very narrow/ It does not admit two./ When I was, then Hari wasn’t/ now Hari is, not I).

We have to back up to park the car outside. I try to turn into a large mansion. The gates are closed. I request the caretaker to let me enter so I can reverse. He refuses. Resolutely. Puzzled, I ask “Why?” He frowns, then his voice rises a decibel, “Nawab Sahab has asked us not to let anyone in.”

Then it strikes me. Property dispute. The car I travel, somewhat large and expensive, does not seem to inspire trust. You can love God or Mammon, not both.

But in Vrindavan, Sri Radha is supremely compassionate.

Help arrives just in the nick of time. A cycle-rickshaw driver leads me to the precarious edge of an open drain. Then, after much back and forth, we are able to get out of the warren of crowded byways. After parking, we try to reach our host on the same cycle rickshaw.

The driver, I notice, uses no bell. He only says, “Radhe Radhe!” People in the way move away. Even the cattle seem to understand. The cow blocking the road lazily turns her head away, just enough to let us pass, without getting up.


Our teacher in Vrindavan tells us that royal pink sandstone was used to build the great Govind Deva Temple, which means that Mughals had sanctioned its construction. Fascinated, I ask, “why, then, did Aurangzeb order its demolition?” he replies, “it is said the great Maratha warrior-king hid in this temple after escaping from house imprisonment in Agra. Aurangzeb was so angry he passed the order to bring it down”

We spend the evening in a lovely part of the historic quarter, overlooking the Yamuna. All night the japa of the mahamantra goes on without break. Hare Rama Hare Rama, Rama Rama Hare Hare. Hare Krishna Hare Krishna, Krishna Krishna Hare Hare. There are just two odd chanters, with accompaniments on cymbals and harmonium. They change the tune, hand over the lead to their companion, but neither their energy nor enthusiasm flag through the night.

The chant continues in my mind for days later.

At the great Govind Deva temple, I am astonished by the size and scale. It is so massive that even Aurangzeb could not destroy it completely. Our highly learned teacher tells us that royal pink sandstone was used to build it, which means that Mughal emperors had sanctioned its construction.

Fascinated, I ask, “Why, then, did Aurangzeb order its demolition?”

“Aurangzeb also razed other shrines, including Kashi Vishwanath,” he replies. “He reimposed the jazia too, the tax on Hindus.”

Then he pauses. “There is another story. It is said that the great Maratha warrior-king hid in this temple after escaping from house imprisonment in Agra. Aurangzeb was so angry that he passed the order to bring it down.”

I remember that Mirza Raja Jai Singh I of Jaipur had compelled Shivaji to sign the humiliating Treaty of Purandar in 1665, also undertaken the responsibility of the latter’s safety at Aurangzeb’s court. It is believed that Jai Singh’s son, Ram Singh, helped Shivaji escape.

Both father and son earned Aurangzeb’s ire. Jai Singh was stripped of titles and possessions, and impoverished considerably in campaigns. He died in Burhanpur, now in Madhya Pradesh, far from home. Ram Singh was sent to attack Assam, but the Mughal forces lost in the famous boat battle at Saraighat.

Shivaji’s supposed escape in large baskets meant for distributing grain, fruit and sweets among the mendicants is the stuff legends are made of.

Getting out of my reverie I ask, “You mean, there was an imperial firman to destroy the temple?”

“Of course. There’s a record of how many workers were deployed, for how many days, and what they were paid.”

In its abandoned ruins, mischievous and lascivious monkeys now frolic. One of them snatched my glasses. Wonder of wonders, the Goswami summons a priest from a nearby temple, who actually speaks to the errant simian. “Now, Prabhuji, what did you do that for?

What good are these specs to you?”

In Vrindavan, everyone is addressed as Prabhuji, an embodiment of Krishna.

Once you love Krishna, you can’t love anyone else. Unless you see them also as forms of Krishna.

The priest continues, “Here, Prabhuji, take these,” offering the monkey some dates and sweets. The latter, losing interest in my glasses, throws them down. They crack as they hit the ground.

Now I have no use of them either.

What I do need is new vision. Seeing India in a way different than is taught in our history books.

Outside Radha Kund I see two young sisters spreading mats before prostrating. “They are doing a dandavat parikrama,” someone explains, “they’ve been at it all night.”