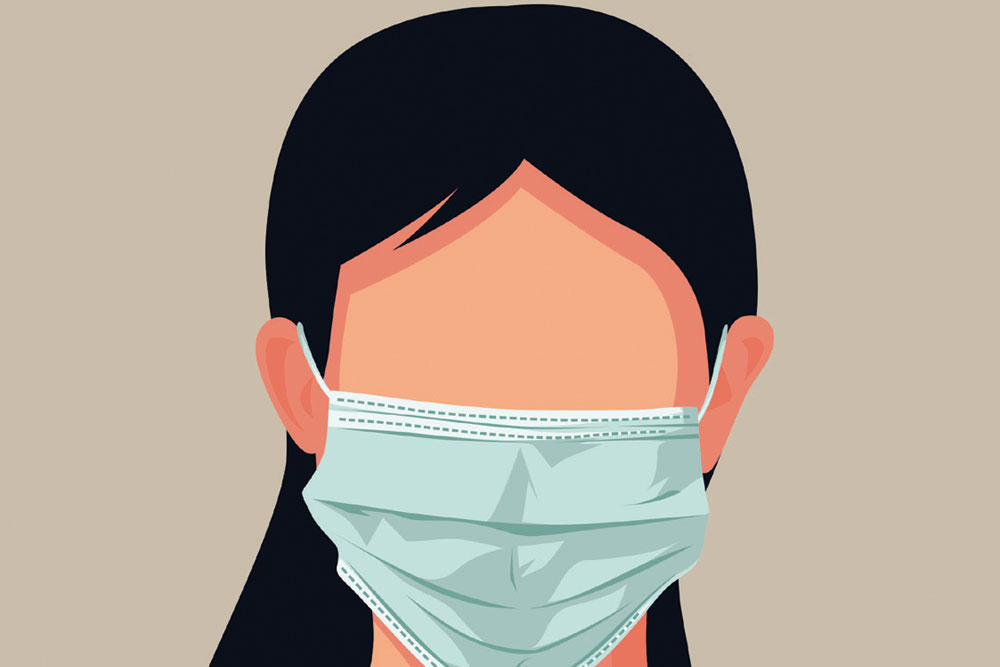 
UNLIKE SOME FAR Eastern countries which had a culture of wearing masks even before Covid, it was never in the remotest consideration of Indian minds, relegated to the medical profession and perhaps among the public to the few odd days of the year when Delhi broke the world record for air pollution. And now it is held with such reverence that the Delhi High Court on April 7th ordered that even those alone in a car of their own must wear them. This was following writ petitions against the Delhi government having made a rule that fined people in cars without masks, even when alone.

It seems a little absurd on the face of it. If social distancing is six feet, then when you are with no one else, who are you threatening even if you are infected? But the court had the following argument in its judgment: ‘A vehicle which is moving across the city, even if occupied at a given point in time by one person, would be a public place owing to the immediate risk of exposure to other persons under varying circumstances. Thus, a vehicle even if occupied by only one person would constitute a ‘public place’ and wearing of a mask therein, would be compulsory.’ It was referring to possible stops and interactions that such a driver might make. The rule appears to take the worst case scenario—that someone alone would open his car window or door to come into contact with someone else; that such a driver would not have the civic sense of putting a mask on when doing so—as the general behaviour of the population. Both conditions needn’t arise and even if they do, other rules of social distancing, whether you came out of flight or a car, cover it anyway. These are two separate acts—of being alone in a car, and of being in contact with someone while being in a car alone—being conflated as one.

The court also tells the petitioners to cooperate with the government because these are extraordinary times and the right to be mask-free should not be turned into an ego issue. But, if we know anything about governments, it is that the time to hold them most accountable is when they have extraordinary situations confronting them and take decisions under pressure. Governments should be challenged about what they do. Because, after all, what is government? It is not an inanimate all-wise entity, just men and women who act under its name. And they are as much susceptible to come out with questionable ideas as anyone else. It is only fear of scrutiny that makes them careful about the impact of policies they formulate. Like construing that someone who is alone could be a danger and, yet, we now have a rule reinforced by a judicial ruling that holds the opposite.