A synagogue as a cosmopolitan symbol 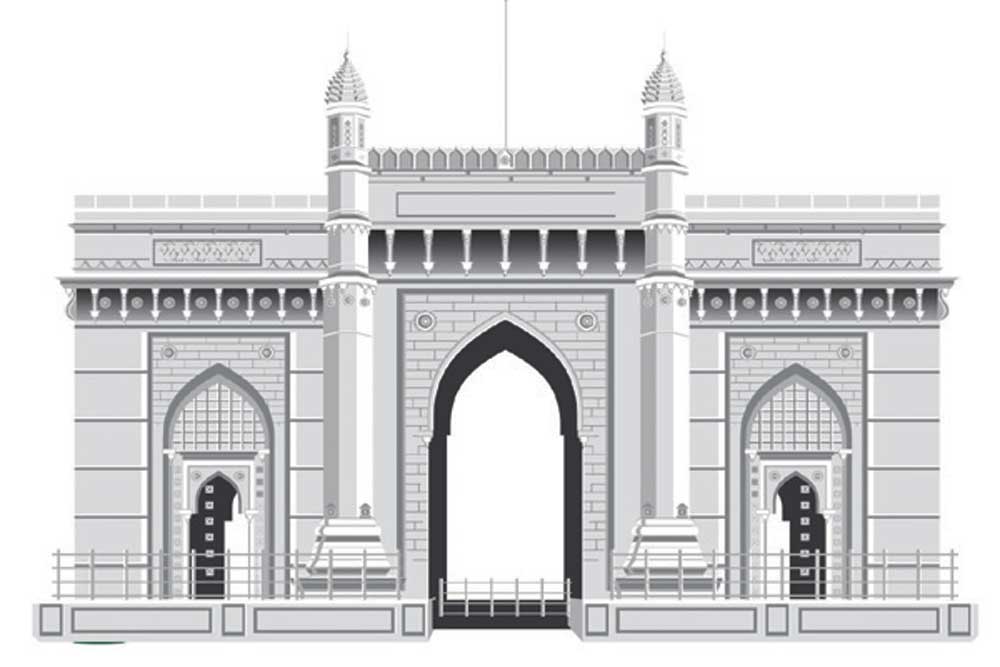 THE BLUE SYNAGOGUE is no longer blue. For years, Mumbaikars have seen a distinctive building in one of the small lanes off Kala Ghoda which stood out for its colour, a kind of sky blue. But how many of us actually went inside? Not too many, I imagine, because people are never sure whether you can enter a religious place unless you belong to that faith.

The Blue Synagogue which is no longer blue is now open to all; more importantly, you can visit it without the Wrath of God literally coming down on your head because the structure has been repaired and strengthened. Simultaneously, the blue façade has given way to indigo and white because Abha Narain Lambah, the celebrated architect who worked on its restoration, so decreed it. (She says it’s the more authentic colour palette and we have to take her word for it since the building is 135 years old. And unless a Guinness World Record Holder for longevity is hiding somewhere, no one from 1884, when it was built, is around anymore.)

‘Are you Jewish?’ people asked Sangita Jindal, head of JSW Foundation, when she decided to fund the restoration. Of course not, she said, what does that have to do with it, thus emphasising once again the secular nature of the Foundation’s philosophy and her own liberal view of the world. When you think of it, the synagogue— of the Jewish faith though it might be—is a symbol of the liberal underpinnings of our country. After all, it was erected by the Sassoon family that fled Baghdad in 1832 due to persecution there and found a home in Bombay.

In fact, the history of the Jewish community in India goes much further back in time: Bene Israeli Jews in the 2nd century BCE fleeing from persecution in Galilee were shipwrecked off the Konkan Coast and found refuge in India. Later, towards the end of the 18th century, members of the Jewish merchant community escaping from Iraq, Syria and other West Asian countries settled here and played an important role in the development of Bombay.

The Blue Synagogue (officially, Knesset Eliyahoo Synagogue after Eliyahoo Sasoon, father of David who built it) was designed by the British architectural firm Gostling & Morris. The inside has ornamental pillars and wonderful stained glass, now beautifully restored. Although primarily designed as a typical Baghdadi synagogue, the English architects incorporated neo-Classical and Gothic-Victorian architectural elements. The exterior is made of Porbandar stone, while the floor tiling inside was imported from Stoke-on-Trent in England. These combinations make the synagogue itself a secular and cosmopolitan symbol. Much like Mumbai that was Bombay. Much like Bharat that was India.

‘RESTORATION’ IS A tricky business, especially when zealous attempts by amateurs result in disastrous shortcuts. A common mistake is to paint over paint, quite often ignoring the original colour palette and material used, as Abha Narain Lamba found in the synagogue. Another is to paint over polished wood, which is the fate of most old buildings. (To my surprise, I found this at Anand Bhavan, the Nehrus’ home in Allahabad, now converted into a museum. It’s an unfussy and elegantly designed museum, but all the doors are painted white, whereas there’s enough wood-panelling in the building to suggest that they too were polished wood.)

The recent renovation of Flora Fountain has revealed the same ascendancy of paint over imagination: after two years of restoration, Mumbai’s iconic fountain was found to have layers of not only paint, but also plaster and cement! Goddess Flora, the central figure atop the fountain, now turns out to be not marble-white, but a luminous off-white.

The fountain’s location makes it look as if it stands in the centre of the city; that impression is reinforced by its being in the middle of a traffic-free square around which the buzz and hubbub of Mumbai rushes by. The square’s wonderful symmetry, however, is somewhat marred by a Soviet-style statue placed in 1960 to honour the 105 people killed in the Samyukta Maharashtra agitation to keep Bombay a part of Maharashtra (hence the square’s official name, Hutatma Chowk, or ‘Martyrs Square’).

Flora was a Roman Goddess of Flowers. The whole edifice is delicate, and Flora herself is exquisitely carved (by an English engineer James Forsythe, the fountain being designed by another Englishman, R Norman Shaw). Its name was supposed to be Frere Fountain, after Sir Bartle Frere, the then Governor of Bombay who commissioned it. Realising that Flora Fountain was equally alliterative but less vainglorious, the name was changed to the Goddess’. As with much of urban history, no one asks why an English Governor, an English designer and an English sculptor chose a Roman Goddess as the centerpiece of an Indian metropolis, but there it is. It just goes to show that however hard nationalist fervour and regional chauvinism may try to erase the past, it stays with us as received memory. Tell a taxi-driver to take you to Hutatma Chowk and he won’t know where to go. History, mercifully, ignores all our wrong turns, however many we might take.