Remembering Nana Chudasama and ringing in the New Year 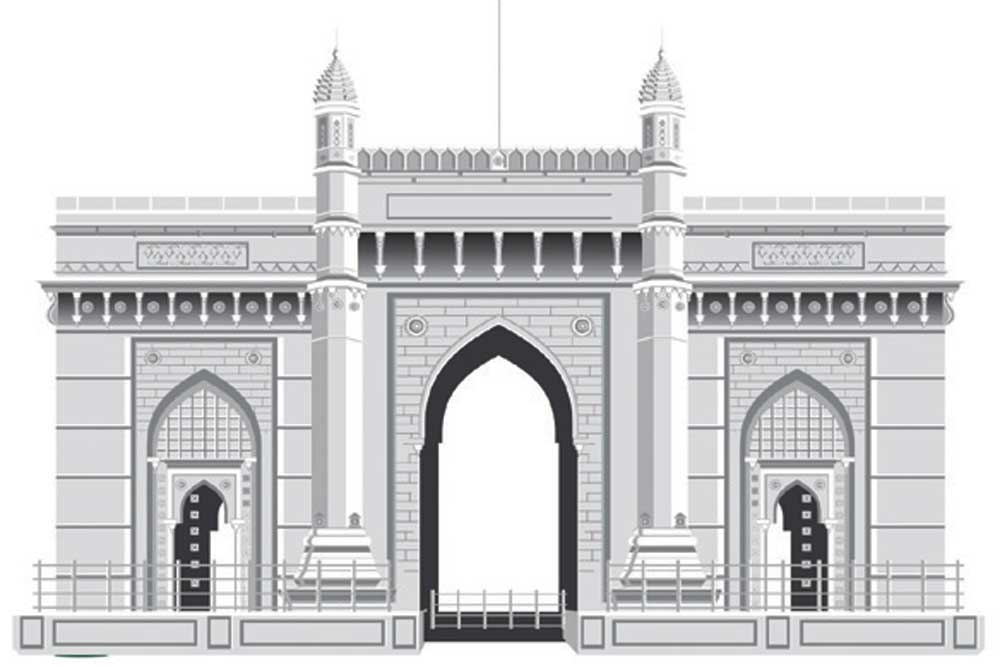 LATE LAST MONTH, Nana Chudasama passed away at the age of 86. He belonged to an incredible generation of people who lived (and some, thankfully, still live) well into their eighties, long lives spent wonderfully well. Charles Correa was one of the world’s best architects; Alyque Padamsee was Mr Theatre plus Ad Guru rolled into one. What distinguished them from others who excel in their own fields is that they were also passionately committed to the city they lived in, and strove till the end to make it a better place.

Nana, as we all called him, is best known for his banner on Marine Drive, at the corner of the road leading to Churchgate station. The banner carried a comment on the one event that dominated the news that week; the comment was sharp, often funny, occasionally ungrammatical, but always memorable. Since hundreds of thousands of people saw it on their daily office journey (or on their way to an evening of entertainment), you could say that Nanaisms went viral every week.

In a way, though, this was a bit of a pity because Nana Chudasama’s pithy one-liners got so strongly into the public consciousness that people forgot he did anything else. But he was much more than his Banner Headlines (nice name, that). For one, he founded the NGO, Giants International, a bit like the Rotary or Lions. Giants had more than 500 branches in India plus branches across the world (US, UK, South Africa and Ukraine) which did a variety of community projects.

He was also Sheriff of Bombay. It is a ceremonial post, and you can do something or nothing with it. As was his wont, Nana did something: he founded an organisation called ‘I love Bombay’. The emphasis here was on the ‘greening, beautification and cleaning’ of the city. Every year a massive drive was launched to give away free saplings. That way, each one of us could do our bit to stick out a defiant finger at this concrete jungle we call our home.

I never did find out Nana’s given name. His older brother was Mota while his younger brother was Chhota. I suppose the Chudasama family wasn’t too inventive in finding names for their children. Perhaps they felt that they didn’t matter: what mattered was what you did with your life. Nana lived up to that, and how.

I AM NOT SURE reading aloud parts of TS Eliot’s Four Quartets is the best way to spend New Year’s Eve. But that’s what I did at the urging of our host, who is not only a corporate chief but a poet too (and a surprisingly good one at that). It was a long portion I was given to read, but egged on by someone sitting next to me, I began to skip bits. Nevertheless, Eliot’s lines led to something like a contemplative meditation on the year gone by. Another guest sang two beautiful ghazals, so by the time mid-night struck, and the champagne popped, our mood was decidedly mellow. How much nicer than the forced jollity of the usual New Year Ball where you hug everyone in sight hoping the next year will be better than the last. It seldom is.

Elsewhere in the city, people did what people do when they have no poets’ homes to go to: they gathered on the streets and any open spaces that were open—Gateway of India, Marine Drive, Worli Sea Face. I suppose the attraction of breathing in fresh air distilled through your neighbours’ CO2 and alcohol fumes is too difficult to resist. There’s also the added pleasure of cars’ and buses’ celebratory exhaust fumes billowing in the midnight air. No matter, you are at least outside the confines of your four walls, and in the open air you see the vastness of your city in the company of people not rushing anywhere.

It’s a big night for hotels and restaurants, and it’s an even bigger night for the city’s cops who have to do double duty, and no CL please. We are told that as many as 50,000 policemen, including the State Reserve Police Force and Riot Control police patrolled through the night keeping Mumbaikars safe from Mumbaikars. Since for the first time alcohol was allowed to be served till 5 am, the police headache was bigger than usual.

Luckily, drunk driving declined, from 615 on last year’s eve to 455 this year, which could mean that either drivers were more careful, or policemen more careless. Luckily, there were no horrifying images of drunken louts harassing and molesting young women as we saw in the past. There’s nothing like the sight of a police uniform to turn us into model citizens.

Will Mumbai be a better place in 2019? How I wish there could be an affirmative answer to that! Instead, we know it won’t be: traffic stalls, pollution rises; people and cars increase exponentially; buildings grow taller, green spaces smaller; the Metro and the Coastal Road are works forever in progress. As Eliot might have said (phrased better, of course), a bleak present is no guarantee of a brighter future.

In spite of that, what do we all say? A Happy New Year to you.