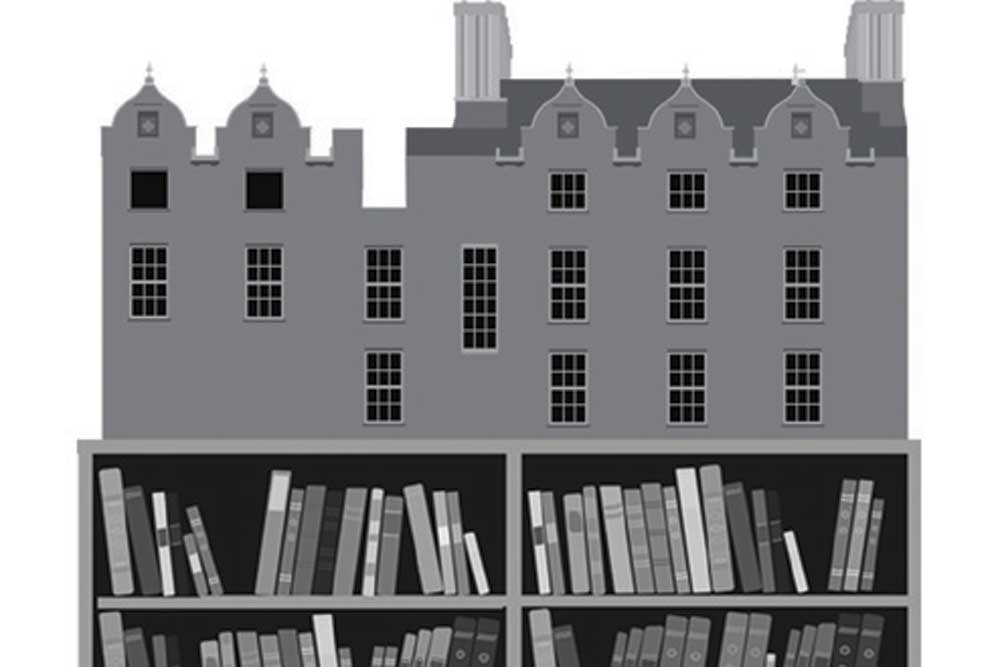 THE SUN RARELY shines on Hay. I know that’s a poor pun, but the literary festival’s name lends itself to such wordplay, besides which the weather often plays spoilsport. Not that it deters the crowds, which on the festival’s two weekends, resemble a Mumbai local train.

You could divide the big draws of this year’s event into four broad categories: the literary, the political, the scientific and the spiritual (this last more for convenience than accuracy). The literary stars were undoubtedly Margaret Atwood, Salman Rushdie, Alexander McCall Smith and Philip Pullman. The political brigade was led by Gordon Brown, former UK chancellor and prime minister, and David Milliband, president of the International Rescue Committee. Some of you might remember that David was pipped to the post of Labour Party leader and leader of the parliamentary opposition by his younger brother, Edward, reason enough to take political sanyaas and work directly for good causes, rather than pretend to do so indirectly as a politician. To their ranks one can temporarily add AC Grayling, the philosopher, because he spoke of ‘Democracy and its Crisis’. You can certainly add Germaine Greer, who spoke about rape (what is feminism but a political movement?). Greer proved that being provocative is good,provided you make sense and have your arguments worked out first in your own head: who on earth would support her Big Idea of punishing rapists? Don’t call it rape, she says, call it sexual harrassment and reduce the punishment; ergo, you will get more convictions.

The scientific category had talks on how trees and plants communicate with each other, the pecularities of the teenage brain (they are wired to sleep late), and a talk on Artificial Intelligence which surprised everyone by not sounding the Doomsday bell. It gave, instead, hope that robots and machines would become our intelligent allies rather than our masters. You could add to this science list Chelsea Clinton, who narrowly missed the distinction of being the offspring of two US presidents, instead becoming the daughter of only one. She, however, has taken up her mother’s cause of public health and become its passionate advocate.

Shashi Tharoor’s conversation with me on his book Why I Am a Hindu was a ‘Spiritual’ one, although given the politicisation of religion in recent times, it could easily have become a political diatribe against Hindutva. We made it a philosophical discussion on the tenets of Hinduism, its many virtues, its plurality and inclusiveness and also its society-driven dogma of the caste system and its recent institutionalising by political parties.

One learnt with some surprise that Margaret Atwood’s brilliant dystopian novel The Handmaid’s Tale was written as far back as 1985, which means it predates the Taliban, ISIS and Boko Haram, yet is so prescient about these abominations. The book sounds freshly minted also because the British TV adaptation is being telecast right now. To cash in on this—if one can use such a vulgar term for a literary festival—Margaret Atwood was led to her session by a procession of hooded and red robed women.

Atwood herself, frail at 78, was feisty on stage. So much so that Hay’s festival director, the charming and erudite Peter Florence, soon gave up trying to guide the conversation. Atwood was no submissive handmaid; rather, she was the commander of the dialogue, and took it where she wanted it to go.

There’s much to be said for age. Salman Rushdie was at his wittiest best discussing his latest novel The Golden House with Tishani Doshi, but there was a mellowness that kept it at a civilised level. The book is set in New York in the year of Trump, although the writing commenced before The Donald’s election, so “I invented him”. Two other ‘mature’ gentlemen writers were around to delight the audience: Alexander McCall Smith (70) and Philip Pullman (71).

McCall Smith burst on the literary scene in a most unexpected way. Born in Zimbabwe, he studied law and became professor of medical law at the University of Edinburgh. His writing career is only 20 years old, beginning with The No. 1 Ladies’ Detective Agency set in Botswana. This soon became a series, but its success owes nothing to his publisher’s advice: “Nothing happens in your books,” the man said, “No murders, no daring crime, no clever detective work. Make your books more edgy.” “But I am not edgy!” McCall Smith replied and continued to write his own way. When the series sold 20 million copies in English and was translated into 46 languages, one hopes the publisher took a vow of silence.

McCall Smith himself comes across as man of quiet wisdom and good cheer, and laughs uproariously at his own jokes. If he has written 80 books in 20 years, it’s because he writes a phenomenal thousand words per hour, and doesn’t need a revision. Even Philip Pullman, whose output is large and edgy and successful, must envy the roaring speed of McCall Smith’s gentle words.