Complications of the Position 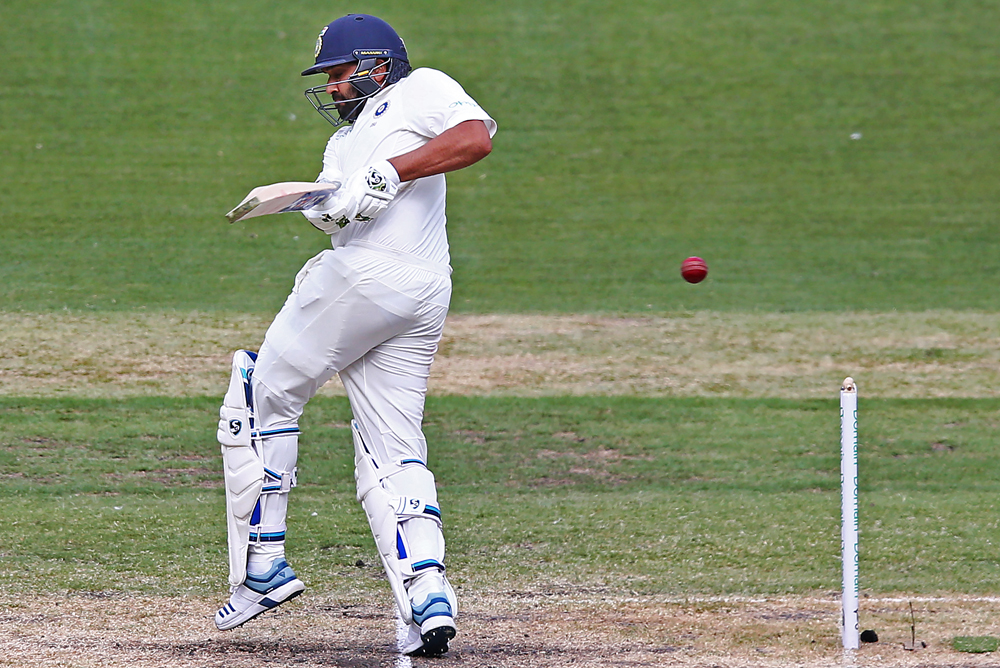 
ROHIT SHARMA MIGHT be from Mumbai but he comes from the city proper’s outer end, its last northern suburb called Borivali. And even here, he resided in a colony at the very edge of the suburb. That might still be somewhat better than a cricketer who makes it from rural India but, as compared to those who come from elite schools or the cricket heartland close to Mumbai’s Shivaji Park, there is an additional element of struggle involved. Unless you truly stand out right from the beginning, neither family nor the sports establishment is particularly keen to nurture you. He has therefore done his fair bit in beating the odds. And then he did so again in the competitive environment of surviving in the team. But, even with his undeniable abilities, the Test team has been something just beyond his reach. While in the One Day format, he was an unquestioned fit, repeated opportunities to cement his place in the Test team were squandered. Since he made his Test debut in 2013, Sharma has played every single year but always as a pick and drop entity. And, at 32, age was slowly catching up.

The experiment to make him open is therefore a second lease of cricketing life going by what happened in the first Test against South Africa. He made centuries in each innings, scoring at a decent clip and got the Man of the Match award. On journalists asking captain Virat Koli whether Sharma had fulfilled his expectations, he said, “ It was overflowing and not just filled.’’ He added that if the opener maintained present form, India would keep winning. Sharma himself said that he had been training for the opener slot having been given hints that he would be tried there.

Yet, beyond the immediate flush of performance and victory, there are the lessons of history. Barring perhaps Virender Sehwag, metamorphosing middle-order batsmen into openers in Tests hasn’t really worked for India. It is a gamble. If it works, you solve the opener problem. If it does not, it is a message to the player that there is nothing more that can be done to get him into the team. And the real result of the experiment is only known when India plays overseas. That is when conditions make it clear that a middle-order batsman might just not have the technique or temperament a specialist opener needs. There might be a strong argument for any such experiment only being done on a foreign tour so that it becomes immediately clear whether it is sustainable. Otherwise, far too much time is lost on a stop gap when it could have been used to build a long-term stable opening pair.