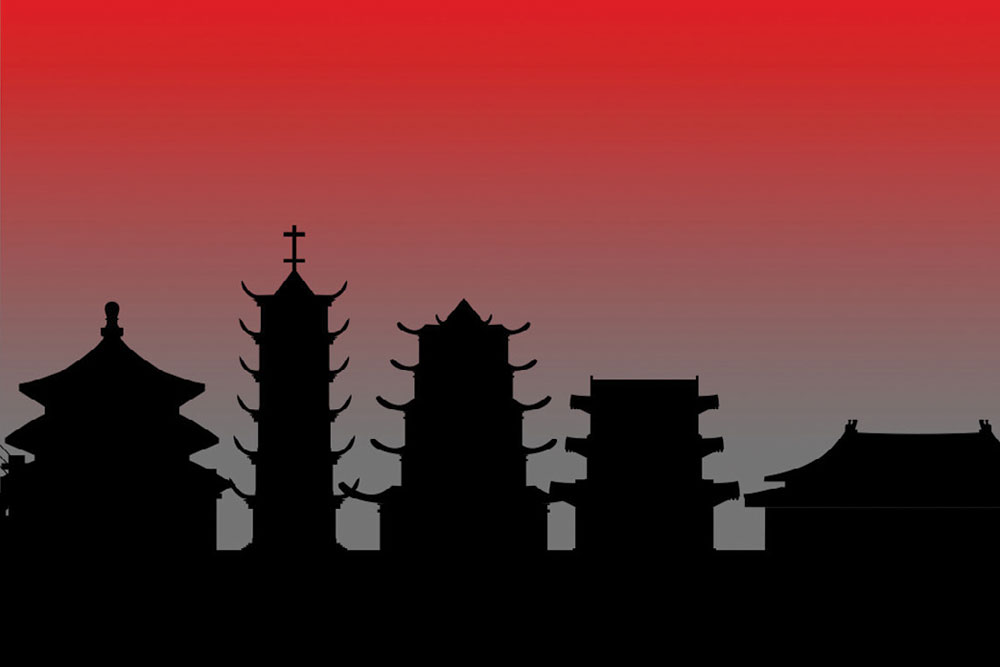 
PRIME MINISTER NARENDRA Modi might huff and puff about Chinese incursions on the border, but his infrastructure crush on India’s northern neighbour is well known. As chief minister of Gujarat, Modi visited the Chinese Mainland on four occasions, returning each time with a bad case of SEZ-envy. He went on to attract investments in large manufacturing and power projects in his home state and borrowed liberally from Chinese initiatives like instituting a ‘single window’ system to fast-track government approvals.

When he was elected to the helm of the country in 2014, it was with a reputation as a China-style economic reformer. Since then, Modi has shown that his natural inclination is to centralise power in his office. He has taken a leaf out of the Chinese playbook on pacifying restive regions like Xinjiang, displaying a similar muscular authoritarianism in Kashmir.

His penchant is for ‘results-oriented’ actions, unhindered by political debate, à la China, once again. He likes secrecy and grand gestures—think demonetisation—and is partial to communications shutdowns, the internet was down for 18 months in Jammu and Kashmir following the abrogation of Article 370.

One imagines Modi’s happy place to be an India of Bullet Trains and disciplined citizens bursting with an officially sanctioned version of national pride.

But what is missing from this picture is the other side of the social contract that the Chinese Communist Party (CCP) has struck with its citizens: of liveable cities, improved public healthcare, excellent literacy, gender empowerment and myriad opportunities for upward mobility.

Those outside China tend to emphasise the repressive aspects of the CCP’s rule. But in fact, it owes its status as the world’s most successful authoritarian regime (the CCP celebrated its 100th birthday last year) to an array of strategies, which include carrots as well as sticks.

China’s leadership has transformed the country from an agricultural backwater in the 1980s (a time when India’s infrastructure was comparable to China’s) into an economic powerhouse, lifting hundreds of millions out of poverty, creating jobs on an operatic scale and providing a shot at a better life for huge swathes of the citizenry.


Take women, for example. China might remain patriarchal in many of its mores, but the data puts India to shame. According to the International Labour Organization, the labour force participation of adult females (between 15-64 years of age) in 2020 was nearly 60 per cent in China, higher than the US (56 per cent) and triple the abysmal figure of 20 per cent in India.

According to World Bank data, female literacy in India in 2018 was at 66 per cent, 16 percentage points behind the rate for men. India still has around 186 million women who are unable to read and write a simple sentence in any language. The contrast with China, where more than 95 per cent of women are literate, is sharp.

On the maternal mortality ratio, another parameter of female welfare, India once again trails China by a large margin. About 113 women in 100,000 died due to childbirth-related complications in India for the period 2016-18, compared to 18 per 100,000 in China.

Let’s move on to another subject: poisonous air.

Until around 2015, Beijing was the poster boy for bad air. In the first decade of the new millennium, it was as if all the top spots on international air pollution lists were reserved for Chinese cities. Fast forward a decade, and of the world’s most polluted 30 cities, 22 are in India. Beijing comes in at a respectable number, 122 (Delhi is in 10th place).

If in our country we value human life so much as to endure nationwide lockdowns and widespread economic misery because of Covid, why is air pollution taken so lightly? After all, around 1.7 million deaths in India in 2019 were attributable to air pollution, accounting for almost 18 per cent of total deaths.

In China’s bigger cities today, you can not only breathe the air, you can even…drumroll…drink the water. As far back as 2008, when I lived in China, 90 per cent of Beijing’s wastewater was treated (compared to only about 40 per cent in Delhi at present).

The CCP’S social contract hinges on the trade-off it offers to citizens between authoritarianism and economic growth. What is the trade-off being offered to Indians by their leadership?

Which brings us to diarrhoea deaths, another nasty killer that Covid has eclipsed in the public discourse. Deaths caused by loose motions resulting from the rotavirus that people get from drinking water contaminated with shit, kill approximately 110,000 people (mostly children under the age of five) in India every year. The corresponding figure in China, which was once commensurate with India’s, is down to about 9,000 deaths.

None of this means that China is a utopia. The Mainland’s human and economic development is uneven. It varies between rural and urban areas, as well as between richer coastal regions and the less accessible interior. But when it comes to improvements in health, sanitation, education, infrastructure and economic opportunities, the trajectory for China as a whole has been sharply up.

As someone who lived in Beijing between 2001 and 2009 and has visited regularly ever since, these improvements are visible to the casual observer, year by year.

In Chinese cities people can commute to work without negotiating imminent death. Contrast this to Mumbai, where 2,700 railway commuters were killed in 2019. Women in China inhabit public spaces in a way that is impossible in most parts of India. They don’t walk as though folding themselves inward to be invisible to passing men. They ring their bicycle bells loudly; sometimes they loiter. Children in China don’t spend their childhoods hooked up to nebulizers.

I visited Delhi in December last year after a two-year gap. I looked about eagerly for anything to be optimistic about. The air smelled of burning plastic. Stray dogs and displaced macaques menaced anyone who dared to walk to the local market in my ‘posh’ South Delhi neighbourhood.

At a nearby traffic junction, a dangerously overloaded bus careened to a stop without any signal to the horn-blowing motorists behind. Two women clutching infants to their breast alighted in the middle of the road and waded through the traffic, which continued to move as though these humans were invisible.

Shoeless children sat outside the five-star Lodhi hotel in the biting winter cold. Large billboards with the visages of Narendra Modi and Yogi Adityanath smiling beatifically lined the road. The sun glowered a wounded, haze-indued, blood red in the sky as it set over this dystopia.

The CCP’s social contract hinges on the trade-off it offers to citizens between authoritarianism and economic growth/increased international clout.

What is the trade-off being offered to Indians by the leadership in India today?

We have lost our ideological commitment to pluralism. But neither have we gained the positives of Chinese-style development. What we are left with is majoritarianism with diarrhoea deaths.

Full of Sound and Fury