A new scam dents the image of Kerala’s elite 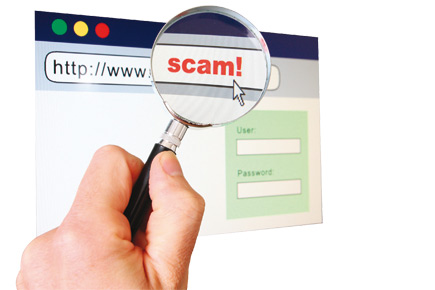 Kerala is a spoiled state on account of the graciousness and generosity of the rest of the world. Statistics of various kinds are quoted by others to compliment Kerala on its accomplishments. Kerala has the largest number of literate people in India, but this prompts the characterisation of Keralites as intelligent. It is called God’s Own Country because of the greenery and water bodies even when waste is accumulated here and there. Since Kerala has the highest Gross Enrolment Ratio, we are rated high in higher education. Kerala is rated as No 1 in reaching the millennium goals, gets an award for Covid care when more than 50 per cent of Covid-19 infections in India occur in Kerala. Kerala Police are rated No 1 in India even as crimes against women and children are shockingly high. But the “Kerala Model” is fraying at the edges. No wonder YouTube commentator Joe Scaria called Kerala a “Textbook Tiger,” perfect on paper, but deficient in practice.

The high prevalence of scandals, scams, gold smuggling, bank bursting, domestic violence and rape is explained away as over-reporting by the media. Femmes fatales operate openly, dominate the news for months together and fade away till political expediency brings them back again. Not a day passes without reports of scams and suicides. But nothing is as shameful as the antiquities scam, which has exposed the gullibility of Keralites at every level. For a large number of people to invest crores of rupees in such things as the original staff of Moses, Lord Krishna’s curd pot, one of the thirty pieces of silver that Judas earned for betraying Jesus, Tipu Sultan’s throne and Einstein’s skull, the willing suspension of disbelief was beyond imagination. The list includes a cross made out of the mud that was on Jesus’s feet when he was crucified, a thread from the cloth used to wipe Jesus’s face during the crucifixion, a nail of Portuguese priest St Anthony of Padua, a piece of St Alphonsa’s veil and a 2,000-year-old jug of Jesus. At this rate, a withered fig leaf could have been sold as Eve’s suit in paradise for a crore of rupees!

For several years, a person fooled many people, styling himself as a motivational speaker, doctor, cosmetologist, art promoter and antique dealer, by building influence in high official circles, particularly the police and parading them as his patrons and protectors. The facts that came out were stranger than fiction ever created by Hollywood or Bollywood to unravel the tricks of global crimes. An odd antique may have been overvalued in some places, but manufacturing antiques attributed to pre-historic times and managing to get people to part with their money for them has not featured even in crime thrillers. The police, who officially provided protection to him even after receiving complaints, finally nabbed him after a ceremony attended by many celebrities, very much in Bollywood style.

In Kerala, even as details of the man’s deceit and crimes started to unfold, celebrities who took pride in being photographed with him are distancing themselves from him. But like in other scams over the years, the excitement will die down and the criminal may spend some time in prison after an investigation and all others will be let off as lacking evidence about their involvement. The state government is lukewarm about this case because it will hit not only the opposition but also some government appointees.

The disturbing factor of this scam is the evidence to show that the law and order authorities themselves and some politicians also fell prey. These are people, who are by training expected to be particularly watchful. The trust that they displayed in a criminal without suspicion is unbelievable and, therefore, the concern is that they have aided and abetted him and protected him in return for various favours.

Even more importantly, this case devalues the literacy rate and the degrees awarded by the universities in Kerala. Kerala students with 100 per cent marks apply for admission in Delhi colleges, but their marks are discounted because of the growing awareness that these marks are often gifts bestowed on students for various considerations. A parent told me that his daughter could not get admission in a top college in Delhi even with 100 per cent marks! Such a reputation will have a cascading effect on Kerala graduates and their chances of getting jobs outside will be in jeopardy.

The scam may also have a devastating effect on business collaboration in Kerala. Scamsters and crooks will come to Kerala, knowing that it is possible to exploit the gullibility of educated Keralites and their greed, manifesting itself in an eagerness to make money in every possible way. The reputation of the Kerala model of development and the ease of doing business will disappear. The criminal will get away, but his imprint will remain on the whole population of Kerala.

A Kerala historian, who is supportive of the present ruling coalition in the state, says that Kerala society is producing decision-makers of the lowest quality. He says that there are capable people in Kerala, but “as a collective, we are behaving like there is no tomorrow.” A multinational financial consultant is of the view that the problem of Kerala is not just the brain drain but also a competence drain.

Such comments have not been made in the case of mounting crimes in Kerala as these are individual cases. The antics over antiquities reveal a deeper malady amounting to a mass hysteria of gullibility. Instead of creating a polarisation on political grounds to save those involved, a deeper introspection is necessary about Kerala society. Confidence tricksters are not new, but this is the first time that a large number of people were hypnotised into believing that relics of pre-historic times can be traded in this technological age. Technology has the capability to detect the value of art work, but no technology wizard in Kerala has come up with a formula to expose this scam. The damage the scam has done to the image of Kerala should not be underestimated. Never before has the intellectual elite in Kerala been so exposed.