A Plea for Love

When a poet’s fixation meets with indifference 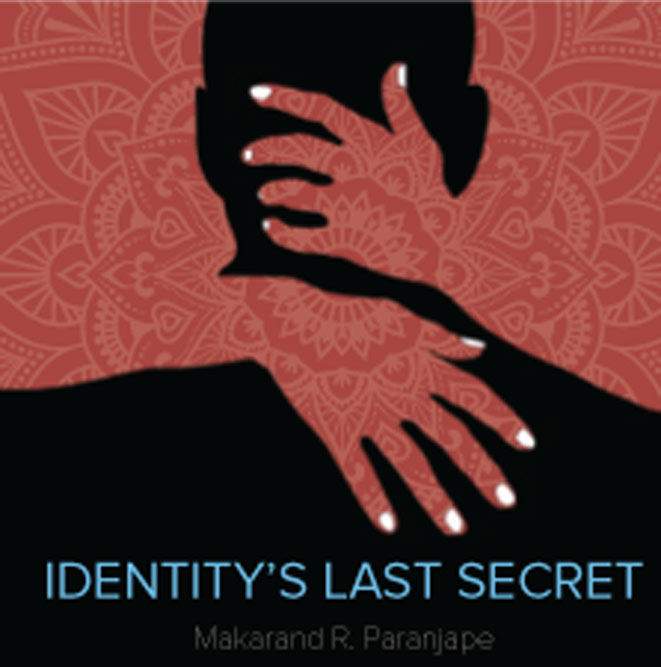 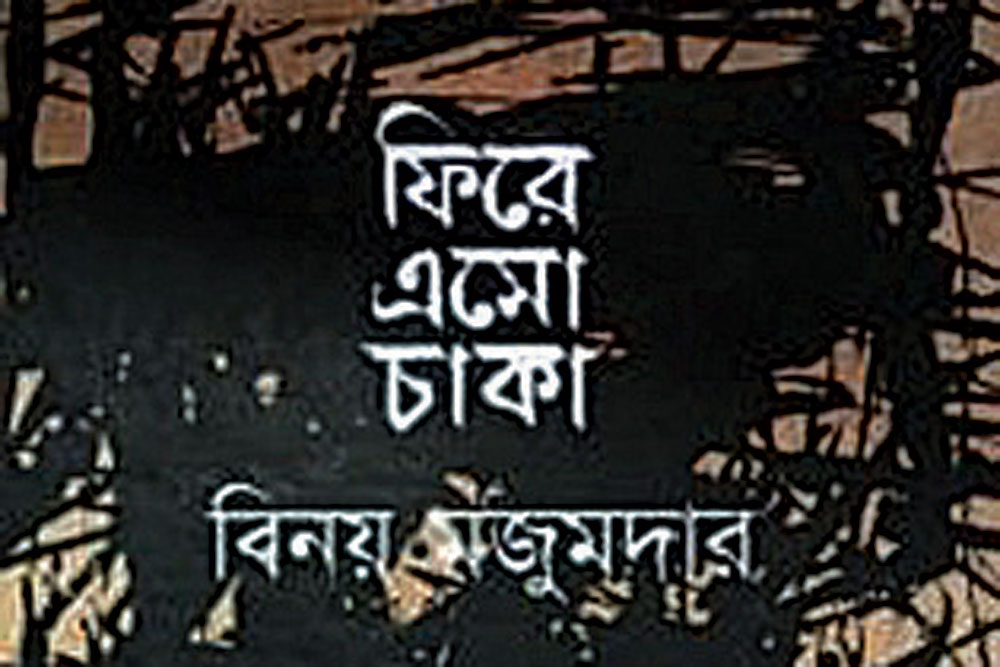 THE TITLE OF this book, Identity’s Last Secret, comes from the twelfth chapter, “Translating into English,” of Gayatri Chakravorty Spivak’s Aesthetic Education in an Era of Globalization. (Published by Harvard University Press in 2012, the chapter in question occurs from pp. 256-274.)

Of her twenty-odd books, it is Aesthetic Education that is perhaps the most deeply felt and moving. The harvest of a quarter century of enunciation and performance, it actively pursues “a distracted theory … of the double bind” (ix).

Spivak claims she has found the solution to double-binds in the suggestion that “the humanities can somehow learn to resolve double binds by playing them” (ibid).

In the very middle of the book, at its heart as it were, is this essay, “Translating into English.” And the last third of this essay grapples with Spivak’s “particular ambivalence”—or should I say double bind?—in “playing” an extraordinary collection of poems.

This is the volume that poses a special challenge to her. Why that should be the case when she has, with easy expertise, casual, sometimes caustic, competence, disposed of several better known, not to speak of much more difficult, tomes?

The answer is at once strange and startling. Unlike any other, it is in reading this slim volume of poems that “she makes the mistake of thinking the named subject is she” (273).

The collection in question is by the “mad” poet Benoy Majumdar (1934-2006). It was first published in 1961, the year Gayatri, not yet twenty, left for the United States.

Its original title, which few know, was simply Gayatrike— to Gayatri.

The following year, the book was reissued as Phire Esho Chaka, known subsequently by this title. Which is why it bears closer attention. Though often translated as “Come Back, O Wheel,” Spivak herself leaves out “O,” rendering it as the rather unpoetic, “Come Back Wheel.”

Spivak, after all, is a terrible translator. Or to put it more politely, she is a much better critic than translator. Even as latter, it is owing to the former’s skills that she really makes her singular and stellar contribution.

Phire has the sense of turn, so “turn back,” with its sense of both coming and returning, might work better. Indeed, there is a poem in the volume which suggests as much, albeit more in the sense of turning away than turning back.

The poet, hoping against hope, yearns for his Gayatri’s return, that he—and the others—are mistaken in believing that she won’t.

But the jilted lover is not an entirely deluded poet. As another poem makes it amply clear, he knows she will not come back: I have given up strewing grain on the ground / to have the birds join me at lunch. / Only when the baby is cut adrift / does it have its free hunger and thirst; / like taking off a blindfold to be confronted with / a curtain, being born / into this vast uterus, lined with a sky porous with stars. (Translated by Jyotirmoy Datta.)

Spivak glosses her translation of the title thus: “The Sanskrit chakra of the surname means wheel and is transformed into chaka in modern Bengali. A cunning translation” (271).

Again, Spivak is only partly right.

“Chaka” here serves as a pun, not translation: a double entendre, it refers both to wheel and to Spivak herself. This she neglects to tell.

Why would she, or anyone, link the title to her surname?

Because the book, despite its changed name, is dedicated to Gayatri Chakravorty.

Speaking of herself in the third person, Spivak explains: “Chakravorty did not know the poet, although she had noticed the intensity of his gaze” (271).


Against this, is the testimony of the poet, unreliable though it might be, appearing in a Foreword of a reprint over forty years later: “This book of poems, focused on a girlfriend, and dealing only with a plea for love is indeed a diary… If you think only of me, this poetry is only a plea for love… Yet, because any one part is applicable to many situations connected to love, social theory, politics, science and many other topics, therefore one should be able to find a successful realization of any kind of situation in the lives of any sort of reader, male or female” (271).

In alluding to Spivak’s reading of this collection, it is time to underscore and celebrate how Majumdar’s prediction—or wish—has indeed come true.

Benoy has, arguably, at last found a “successful realization” to his fervent wish, denied to him during his lifetime. His lady love has deigned to look, if not at him, at least at his poems. She has even translated some of them.

Majumdar’s collection, Phire Esho Chaka, enjoyed a brief revival, partly as a result of the international fame of she to whom it was dedicated.

No wonder, it was about his putative connection with Spivak that the poet was asked repeatedly. In his slim Complete Works, Spivak finds a letter written in 1992, setting the record straight: “Gayatri Chakravorty was a student at Presidency College, and came First Class First in English in her B.A., in 1960 or 1961 A.D. [actually 1959], thinking that she alone would understand my poems the book To Gayatri was addressed to her, and therefore I called the book To Gayatri, and I wrote in the book what I had to say to her.” (“Phire Esho Chakar Nam Paribartan Shommondhe,” Kabyoshamogro, 1 (Kolkata: Pratibhash, 1993): 162, cited in Spivak 561.)

Majumdar seems deliberately to have underlined the relation of the poems to Spivak, first by naming the collection after her, then changing the title to an indirect, but unmistakeable allusion but retaining the dedication to her inside its covers, and, finally, by returning the book to its original title, Gayatrike, in his complete works.

Could there be any doubt that the poet, with such unambiguous naming and re-naming, intended his connection with his Gayatri to be unknown or even disguised?

In an earlier interview given in 1986, when asked, “Were you in love with Gayatri?” Benoy replies: “Hey, no— I only knew her for two or three days—she was a famously beautiful student of English literature at Presidency College— then she went off somewhere—to America or someplace, I’m not sure. Then why write poems about her? One must write about someone, after all. Can one write forever about mango trees, jackfruit trees, and tuberoses?” Spivak wonders whether the poet’s reference to the “mango trees, jackfruit trees, and tuberoses” requires interpretation, but passes on after hinting that she might attempt one later. To me, the size and progression, from mangoes, jackfruit, to tuberoses, suggests process, ripening, death: the mango is a smaller, breast-shaped fruit; the jackfruit, much larger, suggesting a full womb; tuberoses are often offered at funerals. But perhaps, I am being fanciful here.

Perhaps out of excessive kindness, not utterly dismissive of this unlikely claim, Spivak politely remarks, “Perhaps there’s something there.”

Aside from Dutta’s wrong dates—Spivak reminds us that she started teaching Derrida, Lacan, and Foucault in the 1960s, not the 1980s (561)—there is no disproof, let alone reproof.

How might Benoy have influenced Gayatri to take up, take on, Derrida?

What could the poet’s hopeless and obsessive gaze have to do with Spivak’s reading, translating, teaching, and generally “spreading” Derrida?

That and whatever else might have been, notwithstanding how preposterous these possibilities, is left to our imagination.

Spivak not only departed from Kolkata for the US in 1961, she never even read Majumdar’s poems for decades, “although she knew the fame of the book, and that it was dedicated to her” (271).

A disclaimer that seems unnecessary in a book published in 2012 when the poet is already dead? But the caution was probably still needed in 2005, when the essay first appeared in print.

Spivak justifies her earlier, decades-long indifference to Benoy’s poetic, if not pathetic, fixation: “Many of the poems lament her absence, his loneliness without a response. It is not clear that such lamentations, included in poetry, require “response” in the ordinary way. Must the lost object not remain lost for the poems to retain their exact verbal contour?” (272)

This is the crux, double bind, that makes our two texts intertwine.