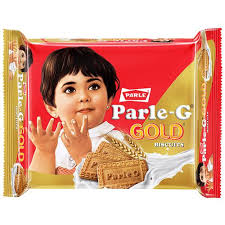 THE COCA-COLA stock is one of the prized possessions of Warren Buffet, one of the greatest investor the world has ever seen. He bought a little under $2 billion of it in the late ’80s and then saw it go up by 20 times. Plus only in the dividends that he got from the company, Buffet has made multiple times what he put in. It is among the stocks he says he will never sell. What makes Coca-Cola so compelling? For one, Coca-Cola will never go out of fashion. In Buffet’s words, it is a brand so entrenched in the minds of consumers that it is impossible to replace it, no matter how much a competitor puts in to create another cola. If you want an Indian parallel to such a hold that a product has on the consumer, you saw evidence of it in the sales of Parle-G that was made public this week. In a time when the world is in lockdown and recession, the biscuit sold more than any other time in its recent memory.

You could think that is but natural given that people would eat more biscuits when cooped up inside but that is only half the story. There are any number of biscuit brands in this country owned by huge FMCG behemoths with deep pockets. But Parle, riding on the popularity of its biscuit, increased its market share by close to 5 per cent. A PTI report said: ‘The company has gained a market share of around 5 per cent in the highly competitive biscuit segment, helped by Parle-G biscuits, which was proffered by the people while stocking pantry during the pandemic. Parle-G biscuits also gained traction as it was preferred by government agencies and NGOs working to distribute food relief packages to the people during the pandemic due to its economic proposition with value package of Rs 2 besides being considered as a good source of glucose, Parle Products Senior Category Head Mayank Shah told PTI.’

The same psychology that Buffet explains about Coca-Cola applies—some products build extraordinary loyalty because of the large amount of time they have been used. They are trusted. This is especially true of what consumers put into their bodies. The biscuit was first made in 1938 and, except for the size of the packets, its form and taste has remained almost unchanged. It is associated with childhood for almost every Indian and what can be safer than what children have eaten. Why would parents not pass it on to their offsprings? During times of a pandemic, safety becomes a paramount concern. It is also very cheap as the smallest packet costs just a couple of rupees. Which is why rural consumers primarily drive its sales.

But its resonance with the literate yuppie classes was also evident when Twitter began to trend this week with fond reminiscences of the biscuit by people. Like Bollywood actor Randeep Hooda who tweeted: ‘My whole career is fueled by chai and Parle-G since theater days…’