At year's-end, the resilience of the human spirit is predominant 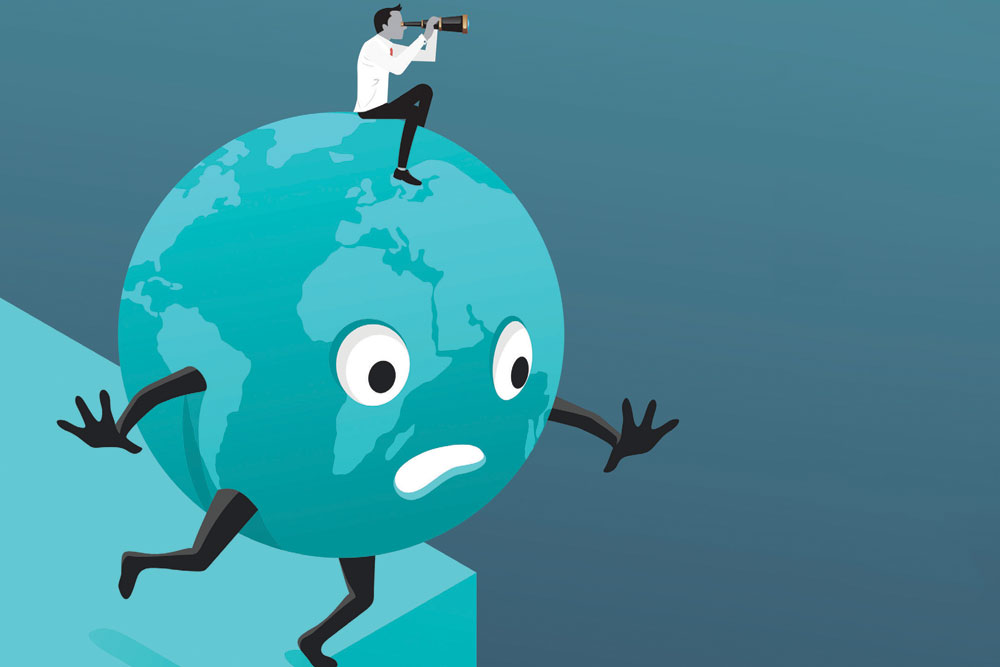 
When Mughal emperor Aurangzeb banned music and destroyed musical instruments, some people demonstrated before him crying aloud with great grief as if they were escorting to the grave the body of some distinguished person. Asked what it was about, they said, “Your Majesty, we are burying music.” “Bury it so deep under the earth that no sound or echo of it may rise again.” The epitaph on the tombstone of 2020 should be ‘A Year Buried Deep’, but the year, like music, has immortalised itself with its sheer devastation of the earth and threatening mankind with extinction. It exceeded Hiroshima and Nagasaki and multiples of 9/11 in sheer destructive force. A virtual Third World War is still raging on all continents. None has escaped its wrath, none has remained unchanged. There is some consolation that the next year cannot be worse, even though the repair and reconstruction will take years.

Not that humanity was not warned. The warning signals were there when the snow melted in the Arctic and freezing water flowed down the Himalayas, whisking away homes, trees and mountains, followed by droughts in the Indo-Gangetic plains, rivers overflowed one day and dried up the next. Forests burnt themselves out in rich countries. Waves of pandemics swept through several countries, but mankind prided itself in the strength of its muscle and the brilliance of its brain to withstand the onslaught of calamities. Now we know that these are not ‘natural’ disasters; these are suicidal acts of insolence.

2020 appears to be the final warning to humanity and if we fail, the fury of the earth will upstage the comfort level of mankind and make it difficult for its inhabitants. The biggest scare at this moment is the possibility of the present situation continuing into the new year and beyond. The lifestyle, particularly of the developed countries, must change to a sustainable one so that the resources are conserved for the future generations. Global warming has already been recognised as an existential threat to mankind, though the steps taken so far have made no difference to our race towards perdition. The much publicised Paris Agreement, which depends on voluntary reduction of greenhouse gases to prevent global warming, has so far failed to make an impact.

The pandemic may have been a result of global warming, the reasons and remedy for which are established, but the science of the coronavirus is still shrouded in mystery and its prevention and treatment are still by trial and error. No one has any idea when it will end and what consequences it will leave behind. But the expectation is that Covid-19 might disappear with 2020 and we can look forward to some respite in the new year, though there is no rational justification for it. The deaths, suffering and despair it has caused are immeasurable and hope alone sustains the human race.

Predictions began to be made about a post Covid-19 world right from the beginning of the pandemic, but none has proved right, neither those who predicted the end of the world nor those who thought it was just a flu that would go away. The tantalising emergence of vaccines by the dozens have raised many questions, not only on health, but also equity, human rights and discrimination. Administering vaccines to the whole world cannot but last a long time. The impact on personal lifestyles has been great and every profession has changed beyond recognition.

Technology has come to the rescue because communications did not collapse, despite its wide and intensive use ranging from ordering provisions to pontificating on the future of the world. Webinars had existed for years, but suddenly it became the norm and the only escape from intellectual starvation and the feeling of being left out. International conference venues became as lonely as graveyards, but diplomacy went on without its frills of international travel and face-to-face interaction. The fear of technology domination that Yuval Noah Harari predicted in Davos became the saving grace for mankind. “Technology might also disrupt human society and the very meaning of human life in numerous ways, ranging from the creation of a global useless class to the rise of data colonialism and of digital dictatorships,” he had said.

For nations, as for people, survival became the measure of success. It looked as though another era of survival of the fittest had begun. The pandemic did not follow a recognisable pattern in choosing its victims by age, race or financial capacity. Ridiculous theories, like countries with women heads of state are immune to the disease and those with dictatorial leaders are susceptible, began to spread. President Donald Trump sacrificed thousands of his countrymen by challenging the most basic scientific method of prevention for which his defeat was a minor punishment.

Statistics of deaths by Covid-19 are sheer numbers till a name suddenly pops up of someone close to us. The extreme agony gives way to a sense of resignation and a prayer that we and our dear ones should be spared. Loneliness in death and departure without a hug and a kiss has been the most painful parts of Covid-19 deaths. Intimations of mortality for people above 65 is a new phenomenon created by the pandemic. But hope still persists.

It is too early to predict the geopolitical consequences of the pandemic. The impact of the French Revolution is too early to tell, said Mao Zedong. But whether China created the pandemic or not, it is going to be the greatest beneficiary of it. China’s race to the top has been accentuated by managing the pandemic and by flexing the muscles from the Himalayas to the South China Sea. By the time President Joe Biden settles down to fix his China strategy, Xi Jinping will have made much progress in its bid to overtake the US. The stalemate on the Line of Actual Control is a great embarrassment to India, but some strategists say that the stalemate is a defeat for China. The emergence of Quad as a roadblock to China has been stopped on its track by the transition in the US and India’s reluctance to provoke China on that account.

India is second only to the US in terms of deaths and devastation by Covid. But considering the size of the country and its population, India has done well in combatting Covid. By encouraging international cooperation in the fight against the pandemic and by becoming a pharmacy to the world owing to the production and export of generic medicines, India has gained some advantages, but the economic collapse has set the clock of development back by several years.

As we approach the end of 2020, it is the resilience of the human spirit that is most predominant. As it happened after the 9/11 bombing, people resurrected from the tragedy with amazing courage and innovation. The way humanity got adjusted to the new norms is a miracle. People have begun to identify the blessings of the pandemic, leaving the dead and the dispirited behind. From online education to new business models, from new diets to innovative entertainment, the revolutionary changes have begun to be accepted. The aspiration is not to return to 2019, but to create a new 2021 and beyond.

At the individual level, all of us have been denied freedom to travel, meet people and to share the joys of life. Home food, exercise and medicines in time may have even improved the health condition of many. More literature, painting and other forms of art may have been created because of added leisure to life. Family members may have discovered each other, as though they were living on a deserted island with just one coconut tree. Creeping depression may not be visible, but that explains suicides, crimes and aggravation of certain diseases. But mankind is a stubborn species, with the power to cope with adversities. Talents, ambition, love and other emotions cannot be locked down. It appears as though we have been washing hands, sanitising and keeping social distance all our lives. People are willing to travel in planes that look like ICUs and to be in quarantine for days together.

Our fond hopes of a new dawn in 2021 may well be illusory, but elegies end with hope:

Now Lycidas the Shepherds weep no more;
Henceforth thou art the Genius of the shore,
In thy large recompense, and shalt be good
To all that wander in that perilous flood……
At last he rose, and twitched his Mantle blew:
Tomorrow to fresh Woods, and pastures new