Another movie about movie makers. And another mindless role for Robert De Niro. Skip it, stick to IPL 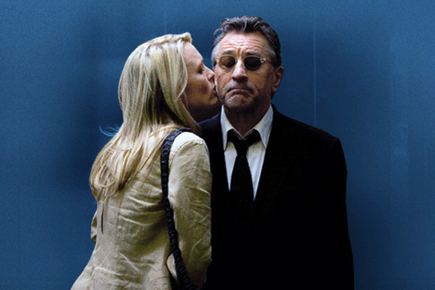 Another movie about movie makers. And another mindless role for Robert De Niro. Skip it, stick to IPL


Ben (Robert De Niro) is a film producer who kicks off the movie with this line: “Power is the most important thing in Hollywood. You either want it, have it or are afraid of losing it.” An insider’s view of the movie-making business, What Just Happened is pretty unremarkable. Robert Altman’s The Player (1992) and Zoya Akhtar’s Luck by Chance (2009) are more ironic and stylish.

The whole movie revolves around Ben and his two problems—the film he has just made and the film he is going to make. In the current pro­duction, his temperamental British director has made a film too weird for a conventional audi­ence and the studio wants drastic changes. In his future production, the star (Bruce Willis) has grown a beard and nobody recognises him. He refuses to shave it off and the studio is flipping.

There’s a third problem, too, but it’s person­al. Ben is trying to find out which one of his col­leagues is sleeping with his ex-wife and is itch­ing for a showdown.

Frankly, there just isn’t enough meat in the script. Director Barry Levinson is travelling light and probably knows it too. He jump cuts, gives you steady cam perspectives on tinsel town and brings in a groupie or two for the easy transac­tional sex the ‘power’ of being a Hollywood producer brings Ben.

De Niro is competent as ever, but the screen­play didn’t really need his talent. He’s not funny or aggravating or idiosyncratic, just boring. As for the man with the beard, you wonder where they got hold of such a bad actor until you recog­nise Bruce Willis and go, ‘Wow, brilliant!’

But the best scene is reserved for Ben’s cock­eyed British director (Michael Wincott). He turns up at Cannes and introduces his film to the audience in perfect French. He says that for those who like his film, he is their servant. And as for those Hollywood executives who don’t, they can suck his dick. There is huge applause from the French, and the Americans murmur appreciatively that they really like this guy.