A charming and amusing film really about nothing in particular. And good acting too 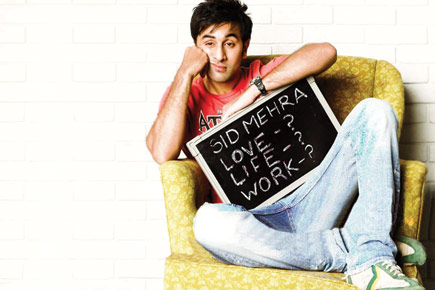 A charming, light-heartedly written film about nothing in particular. And good acting too. Yes, it’s that kind of film.


A beautifully written film by Ayan Mukerji, Wake Up Sid is about nothing in particular. There is a laidback college kid called Sid who never gets laid. There is an older woman called Aisha who lives with him, sleeps with him, and doesn’t lay a hand on him. There are parents who know the kid has left home, rucksack and all, to shack up with the babe, but don’t call, don’t SMS.

And yet the film flows along, gets you into the groove and draws a picture of a rich kid drifting along, flunking college, partying, looking for purpose and not finding it, partying some more, meeting a woman from out of town he likes, helping her find a pad, being her friend in a friendless city, cooking for her, washing for her, then finding his own emotional balance through the enormous security this platonic relationship gives him.

The characters in this film are so cool they are unreal. Sid (Ranbir Kapoor) has a cuteheart of a mom who he takes for granted. She (Supriya Pathak) gives her all for this only kid, but he makes fun of her ungrammatical English and her inability to follow conversations in his computerised universe. Dad (Anupam Kher) is a middle-class businessman and, apart from one scene where he lectures his son on his lack of respect for his mom, seems to have given up on Sid. When he leaves to move in with Aisha (Konkona Sen Sharma), there is not a murmur from him.

The only time we get into a really real moment is when the sexy bachelor girl neighbour, Sonia (Kashmira Shah), has a girl-girl talk with Aisha and asks, “So, how’s your sex life?”, assuming, of course, that this savvy journalist has been getting it on with her housemate, and her boss. So no one gets it on in the movie, which is probably the significance of the title. Yet the film is so charming, so amusing in its bits and pieces of conversation, and so human in the presentation of its central character, that it makes you dream a little and think of the romances that you might have had, if things were just a little different. Good acting too. It’s that kind of film.