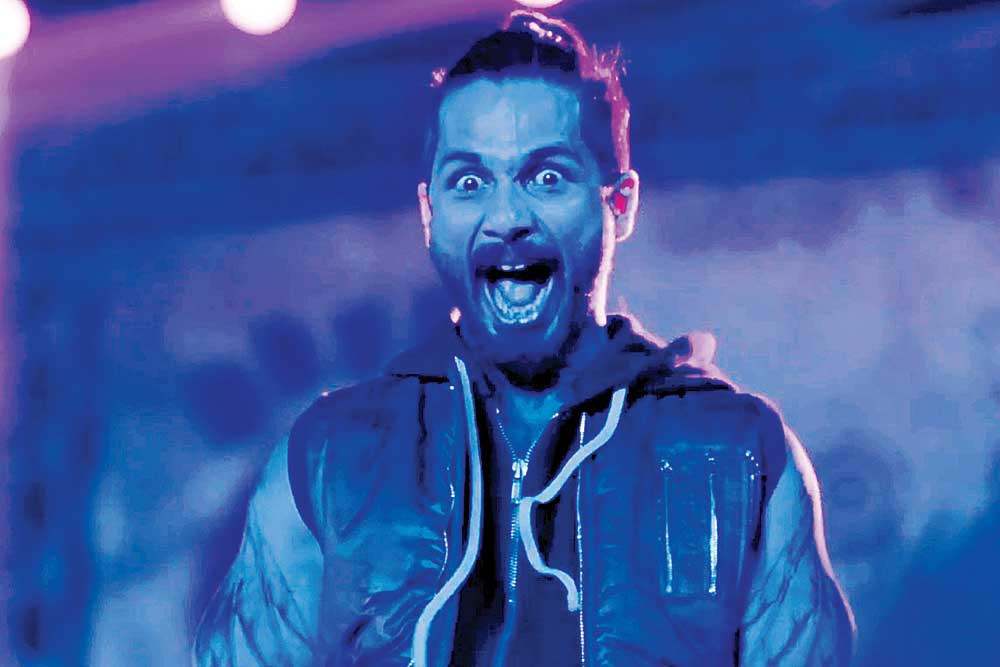 THIS FILM TELLS you that almost every family in Punjab is dealing with an addict at home. One is not sure how accurate this generalisation is, but that there is a breakdown in civil society because of the widespread use of drugs is doubtless. The addiction begins with pharmaceutical cocktails easily available at chemists, then moves on to heroin and cocaine supplied by cartels. The film effectively shows how law enforcement is paraly sed by a complicit administration and police. So, yes, Udta Punjab is an urgent wake-up call for young people and cautions how the drug menace can be so easily duplicated in every state. However, it has to be said that there are times when the movie feels like an excellent docu- drama that has been written, produced and acted by celebrities in Mumbai—all for a good cause, of course.

For one thing it has the equivalent of a voice-over commentary. This involves a central plot with a police officer, Sartaj Singh (Diljit Dosanj), who starts off as part of the system. Later, he watches helplessly as his own college-going younger brother overdoses himself to near death, but is resuscitated by an attractive doctor, Preet Sahni (Kareena Kapoor). She educates him about the disintegration of Punjabi society through the vicious spiral of demand and supply. Naturally, Sartaj switches sides and the two do an unbelievable, almost juvenile, undercover operation to expose the politicians responsible. Running parallel are two sub-plots— a coke-addled cult musician Tommy Singh (Shahid Kapoor) who with his lyrics and lifestyle has been a role model for addicts, and a young girl (Alia Bhatt) who is kidnapped and forced into addiction by the peddlers. These movie stars are effective, but are clearly parked there for what they symbolise in the cycle of addiction.

So we applaud the film for its good intentions. But as drama, the movie is written and designed too predictably.