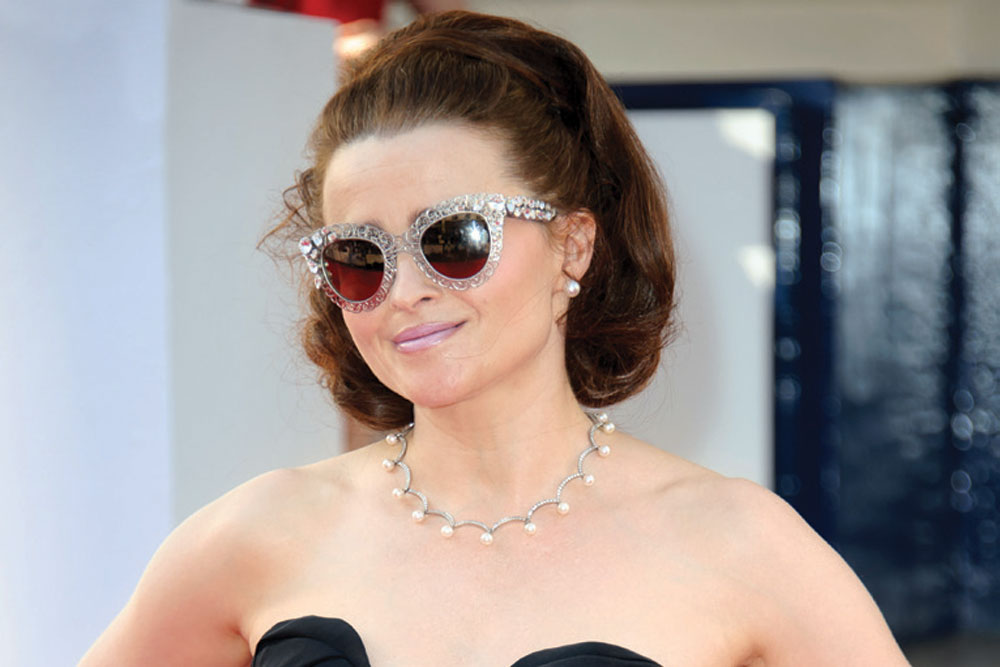 
HELENA BONHAM Carter is an actor of great versatility, best known for her roles as Madame Thénardier in Les Misérables (2012) and as Mrs Lovett in Sweeney Todd: The Demon Barber of Fleet Street (2012). She has now made a mark as Princess Margaret in the series based on the British royals The Crown.

What is it that Helena and Margaret have in common? How did you bring the character to life?

Well, she’s outspoken, we are both quite bossy and blunt, and what she gives me as a character—and sometimes characters do give you things which you weren’t before you played them—is that ability to say no. I find that I am saying no with greater confidence to people and probably irritating them. But what I learned about Margaret is that she was a very generous person with a great amount of humour and intelligence, she had many of the qualities that princess Diana had, she was incredibly compassionate, and would do a lot of things on the quiet, she had a genuinely good heart, she was really remarkable.

When you first began shooting this series, you said that you had got in touch with Margaret’s spirit. How did that happen? Are you still in touch with her?

No. I have not contacted her and she has not come through. I’ll say that it wasn’t like I deliberately went to contact her. I have this friend who has medium-ship qualities, she also does other things, healing and reiki. She’s definitely got extraordinary intuition. I believe in all of that even if other people do not. It was very helpful to me. In her ghost form she was teasing, she was ambivalent and she told me that smoking was paramount to get right, she said that it is as much a weapon for expression and that gave me the body language. The other things I learned about Margaret was that she was only five-feet tall so she would do everything to elongate herself. She was also a great ballet lover so her hands were where self-expression would come out, she was aware of being a sort of a moving sculpture.

Coming to the current times, do you think much has changed? For instance, Meghan Markle is married to the second born, and Margaret was the second born. Now there is so much tabloid fodder out there.

I think that a lot has changed, Harry was allowed to marry a divorced person, that’s massive. Margaret was amazing, she married Antony Armstrong-Jones [Lord Snowdon], he was a commoner. Today they are afforded a lot more freedom. It’s still very, very tricky and what is hard is the level of presentation has gotten more hysterical, you have the phones and social media recording their every move and that makes it tougher on them. Margaret took a piece of lint off of [Peter] Townsend’s jacket at the coronation and that is what the press went after, you don’t touch somebody. True they were having an affair, but there was an agreement between the press and the monarchy that you don’t attack them because the country needs them. So in a way she was a sort of a pioneer, a change between the press and the royal family and what was even harder was when she started having a relationship with Roddy Llewellyn and they were both unfaithful and it was argued that Snowden was unfaithful from the start. But it was Margaret that was thrown under the bus, she had a lot of bad luck which was not of her own making.

Meghan Markle is now the target of the tabloid press. What advice would you give her?

Don’t read it. Don’t ever put your self-esteem in the hands of people who don’t know you. The way to survive is to realise that there is another you, there’s a Meghan Markle out there that actually has nothing to do with you. It is very hard to do.