The Second Life of Chunky Pandey

Leading man and the hero’s best friend in the early 1990s, Pandey went to Bangladesh when his career was on a decline and became a superstar. In the past couple of years, Pandey has made his way back to A-list Bollywood, albeit with silly films 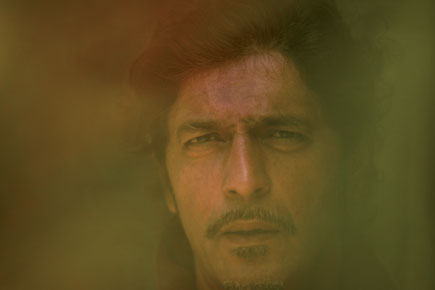 In the past couple of years, Chunky Pandey has made his way back to A-list Bollywood, albeit with silly films

Chunky Pandey is famous, and it has nothing to do with his acting. He is famous because he hangs out with Shah Rukh Khan. And, because he is everywhere–a smiley-faced presence at private dos, success parties and store launches. Who can doubt his excellent PR skills? He can put his arms around an event photographer’s shoulder and persuade him to let him take a look at his camera: “Dost, yeh waala picture use mat karna.”

But this does not mean Pandey is vain. In fact, he turns up at events quite often in what look like non-branded clothes. Next morning, the popular celebrity website Pinkvilla will carry a picture of Pandey or not, depending on what he is wearing. Bandra export surplus stuff? Drop him.

Pandey is a good sport. He can take rejection and humiliation. He knows how to laugh, particularly at himself. He once called himself “a national treasure” before apologising to say that he meant “a national disaster”. Recently, he complained: “After Housefull 2 and Bullett Raja, I thought fans will run after me for autographs. But nobody recognised me.”

Does it matter that Pandey has taken to puerile roles in low-rent sex comedies in which he shows up in velvet suits and synthetic rugs, mumbling, ‘I am joking’? Many see more hamming in it than humour. But, apparently, there is a smart reason for taking up such corny stuff. He explains, “Whatever character I now play should appeal to a five-year-old. All human beings have a child in their heart. If I can make that child laugh, then it means I have succeeded in reaching out.”

After nearly 80 films and 25 years, Chunky’s awaiting real recognition. He is counting on Anurag Kashyap, Vishal Bhardwaj, Dibakar Banerjee and “Stevenwa Spielbergwa” to take a cue from Tigmanshu Dhulia’s Bullett Raja and tap his potential. “I bumped into Vishal and Anurag,” he says, “who had just seen Bullett Raja’s promos and said, ‘Chunks, you are fab. We couldn’t recognise you.’ I’m ready for this kind of cinema.” Working with Dhulia was an eye-opener for Pandey, who showed flashes of talent in Tezaab, Aankhen and other two-hero hits of the 1980s and 90s as the leading man’s friend.

With Bullett Raja, he was desperately hoping for a revival. “This guy’s dark, funny and flamboyant. He’ll dance and make merry but, then he’ll go bam, bam, bam–start killing people. He’s that bad,” he says, talking about his character Lallan Tiwari who, some reports say, Dhulia wrote especially with Pandey in mind. “When he showed me his older photograph,” the director told The Times of India, “in which he sported a thin moustache, I told him that he looked like Salvador Dali.”

In hindsight, Pandey’s earlier films are more surreal than Dali—their songs, even more so. Tutak tutak tutiya (with Rajesh Khanna and Om Shivpuri making expressions totally unrelated to the vibrant Bhangra beats) is something of a YouTube legend. The song Jhatka oh haay jhatka, though not as popular, has lines that go: ‘Gale mein aake atkaa.’ By far, his biggest chartbuster was Oh laal dupatte waali with Govinda and him, in matching outfits, demanding a girls’ name.

But somehow it was Tutak tutak tutiya that stuck in my mind. I was humming it all the way to Chunky’s house. “People went to see the film only for this song,” he recalls. “There are two versions of it. By Bappi Lahiri, the God. It was picked—not picked, borrowed—from a Punjabi song. The film—it was Ghar Ka Chirag (1989)—was also not bad. It had me and Rajesh Khanna. I was, incidentally, the distributor of the film. So I know it did quite okay.”

Does he look back at his older stuff with horror—or fondness? The memory of those earlier films does something to him. He smiles in nostalgia: “Main Tera Tota, remember? And Saat Samundar Paar? When I go to clubs, they will sometimes play that song. People still go mad. Do you remember So Gaya Yeh Jahaan from Tezaab? It almost got cut from the film. The producer and distributors felt the song was too slow. But director N Chandra said, ‘Nothing doing.’ He was right. People went crazy after Ek Do Teen but So Gaya Yeh Jahaan survived.”

He talks about his famous pairing with Neelam Kothari. “Me and Neelam. Me and Sonam. Of course, Neelam was also Govinda’s heroine, but our pairing was special.”

Chunky, whose wife Bhavna is now “best friends” with Neelam, was a fan of the actress when he was starting out in the late 1980s. Chunky is 51 now. She, 45.

“When I signed my first film, I asked my producer, ‘Who’s the heroine?’ He said, ‘Neelam.’ I couldn’t believe my luck.” How he got that offer is a classic ‘Ripley’s Believe it or Not’ nugget. Chunky was at a party at the Holiday Inn hotel, “totally drunk”. He went into the washroom and emerged with a film offer. “I met this man in the toilet who said, ‘I am a producer. I just made Ilzaam with Govinda.’ Was I hallucinating? No, it was true. The man was Pahlaj Nihalani.” Nihalani gave him one of his career’s biggest hits, Aankhen (1993). The film established him as a comic star, an image he has had to fight all his life. After Aankhen, Pandey should ideally have been swamped with work. But that didn’t happen.

He was shocked to find there were no producers waiting outside his house to sign him. “I was offered hero ke bhai ka role and some shit. I said, ‘Boss, not happening.’”

He accepted whatever films that came his way for money. He became rich and proved to be wiser at investment decisions than career moves. “Touchwood,” he says, his posture suggesting a deep satisfaction at achieving at least some kind of financial success. “I invested in property which has appreciated over the years.” He was charging Rs 15-20 lakh a movie those days. “At 20 lakh you could buy a two-bedroom flat in Bandra in 1989. Now, stars charge Rs 20 crore and still can’t afford a flat here. If you count inflation, we were better off.”

In 1995, he was offered his first Bangladeshi film. His running joke with his Tezaab co-star Anil Kapoor is: “You went to Hollywood. I went to Bangladesh. Hisaab barabar (we’re level).” Chunky was hailed as Bangladesh’s Shah Rukh Khan. “My films used to release on Eid,” he says. Bangladeshis were “excited and curious” to have an Indian actor in their midst. On his first day, he got a taste of Bangladeshi hospitality. “There was this one spot boy who was very excited. He asked me, ‘Sir, tea/coffee?’ I said, ‘Tea, please.’ In his excitement, he mixed the tea and coffee together,” he laughs. Kidding, isn’t he? Pandey pinches his throat, “No baba, I swear it happened.”

Bangladeshi films, like south Indian cinema, were full of attractive buxom women. He once had to lift a heroine who weighed 150 kg. “I’ll get a slipped disc,” he complained to the director and suggested they get a ‘crane’ to lift her. Between 1995 and 1997, he acted in six Bangladeshi films. When he returned, Bollywood had changed. “The multiplex era had come in. Two generations of kids didn’t know who I was. Once, a little kid came up and said, ‘Uncle, are you an actor? What’s your name?’ That disturbed me.”

In 2003, he signed Qayamat with Ajay Devgn in the lead, but it was Ram Gopal Varma’s D that promised to use him well. “I remember asking Ramu, ‘Have you ever seen a film of mine? If you have, you won’t think of casting me as a gangster.’ He said he had seen Aankhen 30 times. ‘I believe in shock casting,’ he said. Thank God, people weren’t shocked.”

He misses working with his Aankhen co-stars Govinda and Kader Khan but sees Sajid Khan as their possible replacement in his life. “Don’t mind me saying this: Sajid is Kader Khan aur Govinda ka baap,” he says of his Housefull series director. “He is very spontaneous. He’ll tell you something. But once the camera is on, he’ll make you do something that wasn’t there in the script.” Of today’s actors, Riteish Deshmukh reminds him most of Govinda. “Like Govinda, Riteish is also good at mimicry,” he adds.

Chunky is friends with Govinda, just as he is friends with Shah Rukh Khan and Salman Khan. “Salman, I know from the time we were training [to be actors] with Daisy Irani. He is now related to me. My niece Seema is married to Sohail,” he says. He clarifies that his friendship with Salman and Shah Rukh is unconditional. “A friendship is never about what they can do for you. Once you start benefiting from them, then that’s not friendship—that’s an arrangement.”

He says he has never taken a ‘favour’ from his famous friends, though he agrees that he could have handled his career better. “No regrets, and still so many regrets because an actor’s life”—he pauses for the right word—“is so full of frustrations. We are all frustrated souls.”