Director Deon Taylor’s film is excessively violent, but only in the last half hour. Till then the movie is absorbing 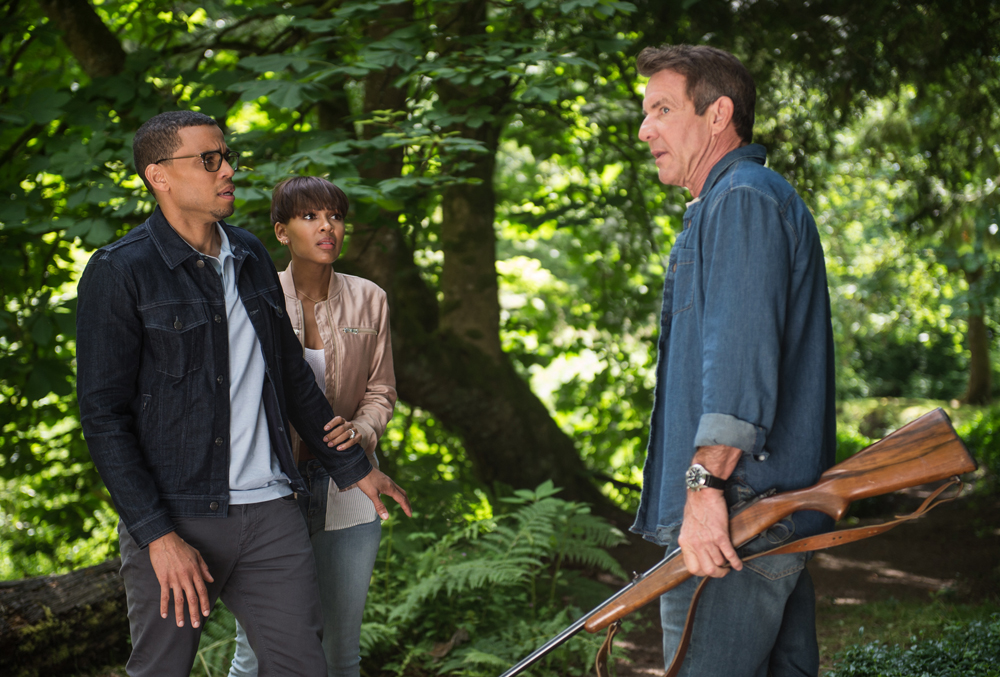 This is a competently directed thriller that holds you for the duration. Though not very original in concept, ’The Intruder’ delivers well in its construction of an ambience, the description of a certain fluidity in social mobility within contemporary America, and the creation of at least one creepy character. It is evenly paced, and though you do occasionally question the credulousness of the leading lady, at no point is the narrative short circuited by anything outside the realm of human possibility.

‘The intruder’ is about a middle aged white male who has lost his business and must put his heritage home up for sale. He loves guns, does not have much taste in art or fine living, and is distraught at the thought of having to lose his home.

One day, an upwardly mobile black couple, recently married, come to see it. Scott Howard (Michael Ealy) is a talented creative director at an advertising agency who dearly loves his wife, Annie Howard (Meagan Good), a country born girl. Though Scott is a little skeptical, about both the house and the owner, his wife has fallen in love with it, and must own it. Though the house is deep in the woods, and a history of white ownership of such properties puts it a little outside Scott’s network of comfort, the husband gives in to the wife’s persuasion. Scott mentions, later in the movie, that he grew up poor and lost his brother to a gunshot incident. He explains this to the erstwhile home owner, Charlie Peck (Dennis Quaid), while ordering him not to bring any firearms to his (Scott’s) new property.

So the ex-owner becomes the intruder, and it is the young wife, who likes what she describes as Charlie’s old worldly confidence and charm, and who does not actively discourage his visits – who then becomes the focus of Charlie’s attention. Game on.

The obsession with a house is interesting. Its representation as social status is important, and its loss, through unemployment or bankruptcy, is clearly seen as a symbol of having been downgraded in the code that dictates the American way of life. Not only has Charlie Peck lost his home, but with it, the possibility of getting a new female companion.

The plot of the movie is obvious, but it thickens, and the subtext of the American social contract, and the desperation of people like Charlie to hold on to it, keeps you on edge.

Director Deon Taylor’s film is excessively violent, but only in the last half hour. Till then the movie is absorbing.