The Art of Zoya Akhtar

What’s it about the Gully Boy director? 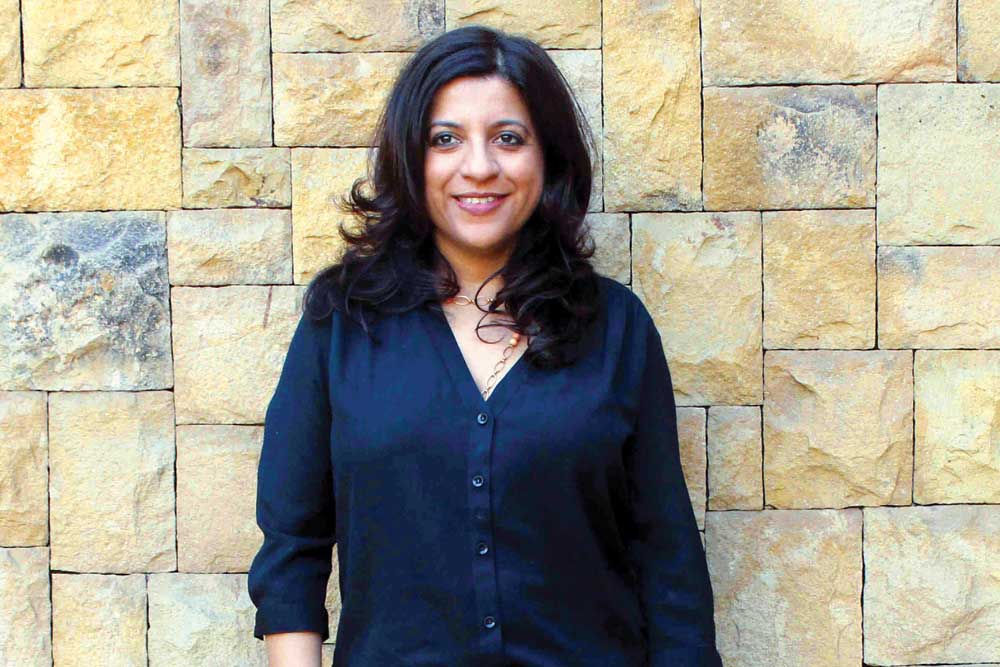 WHILE REFLECTING ON the cultural significance of Dil Chahta Hai (2001), journalist Shekhar Gupta asked if we were ‘seeing the first stirrings of a post- reform urban India that is not embarrassed about being wealthy, where the rich are not wretched by implication?’ Dil Chahta Hai wasn’t the first film about the rich—there’d been Hum Aapke Hain Koun (1994) which was about wealthy families that spent most of their disposable incomes (and time) organising weddings. But what made Dil Chahta Hai a landmark film was its representation of the quotidian lifestyles of the economically privileged. Farhan Akhtar’s subsequent film, Lakshya, about its protagonist’s complaisance and lack of ambition—a luxury afforded only to the privileged—again lent voice to the angst and aspirations of India’s upper-middle class.

While Zoya Akhtar’s Zindagi Na Milegi Dobara (2011) and Dil Dhadakne Do (2015) may well have been extensions of these worlds that Farhan gave us, the larger narrative around them was that they were about ‘rich people problems,’ and its director was given the disparaging moniker ‘princess of posh people’s pain’. A lot had changed between 2001 and 2011. If the early-2000s were about the post-liberalisation aspirations of an upwardly-mobile urban elite, a decade later, the fault-lines of capitalism have become more apparent. It was clear that the liberal order was benefitting some more than others. Globally, the Occupy movements had switched the narrative against the elite, while in India, crony capitalism, jobless growth, and anti-corruption movements took centre-stage. A simultaneous rise of those hitherto at the fringes and in smaller towns meant that the existing ‘elite’ were now the subject of derision—especially, and unsurprisingly, among their own demographic. As Gupta writes in the same article in 2001: this group ‘loves poverty, the poor are so sexy, and a guilt trip packs such sadistic delights. Its principle is straightforward: poverty is my birth-right, but you shall have it.’

In terms of the socioeconomic demographic it represents, Gully Boy marks an obvious departure for Zoya. But as a story, it is also exceptionally in sync with the zeitgeist— while an underdog story almost always strikes a chord with popular sentiment, this movie also comes during an election year defined by lower middle class aspirations, reports about high unemployment, and agricultural distress. And in its making, it also shines a light on a subculture that has existed on the margins.

But Gully Boy is far more than just an underdog story whose release coincides with the zeitgeist. What could have been a hackneyed narrative is elevated by the elements its director has mastered in film after film over the past decade—apart from exceptional editing and cinema tography, a plethora of multi-dimensional characters, a range of intersecting storylines, all underlined by the ‘bigger issues,’ such as gender and class dynamics, which are addressed without ever being heavy-handed.

Unlike other Hindi filmmakers, Zoya Akhtar throws a heterogeneous set of issues and characters at he audience with careful subtlety

It is now time to retire the claim that Zoya Akhtar makes movies about rich people—not because she’s directed her attention to people living in slums, but because Gully Boy is a powerful reminder that our critiques of her previous movies are lazy mischaracterisations. Dismissing them as being about rich people is not only reductive but also factually incorrect. Often the larger discourse causes us to reduce stories to convenient categories and issues, rather than exploring the nuances. Unlike other Hindi filmmakers, Zoya throws a heterogeneous set of issues and characters at her audience with careful subtlety. Dil Dhadakne Do for instance was a profoundly-layered story about patriarchy, marriage, family, and identity, that gave the audience at least four fully fleshed-out characters. On the other hand, the three protagonists of Zindagi Na Milegi Dobara might seem similar, but had vastly different approaches to life, shaped by their individual back stories and motivations.

A Zoya Akhtar film reminds us of essential human behaviour. This fundamental humanity is perhaps best reflected in the father-son dynamics in Gully Boy versus Dil Dhadakne Do. While Murad (of Gully Boy) and Kabir Mehra (of Dil Dhadakne Do) belong to different strata of society, what binds them is the domineering attitude of their fathers who impose constraints that are fundamentally at odds with how they hope to define their own lives. This fundamental question of identity—and the constraints the world imposes—is the running element through Zoya’s trajectory. Even in her short films, characters are encumbered by barriers imposed by family and society. In her segment in Bombay Talkies (2013), a young, middle- class boy wants to dress and dance like Katrina Kaif of Sheila Ki Jawaani, only to be rebuked by his father who wants him to conform to socially-accepted notions of masculinity.

In her story in Lust Stories (2018), while a core carnal desire allows a maid and her employer to share a bed, social constructs make any other union impossible.

Each of these characters has a back story—even if it isn’t explicitly depicted on screen—and is a product of circumstances. With this complex understanding of human behaviour, Zoya wants to give every character a chance at redemption—even Murad’s father, who she wants us to know is shaped by his own poverty. As a person who seeks to understand human behaviour, Zoya doesn’t want you to judge characters based on their outward actions, but instead carefully peel the layers she has meticulously created to understand the factors that shaped them.

Eventually then, Gully Boy isn’t a departure as much as it is a natural progression for one of the finest Hindi filmmakers we have today. It is a reminder that Zoya can make a film set in any context, because she is a keen observer of the essential humanity of people—their aspirations, emotions, and relations—even when they are shaped by differing socioeconomic realities. This ultimately is why stories are important; while larger narratives point to differences and categories, stories allow us to relate. As Zoya said in a recent interview to Anupama Chopra, “They are not poverty, they are people.” Zoya’s films are seldom one-dimensional. It’s time our critiques of her movies stopped being one-dimensional too.