The movie sells you Sunny Leone, and then leaves you to extricate yourself from a grotesque nightmare 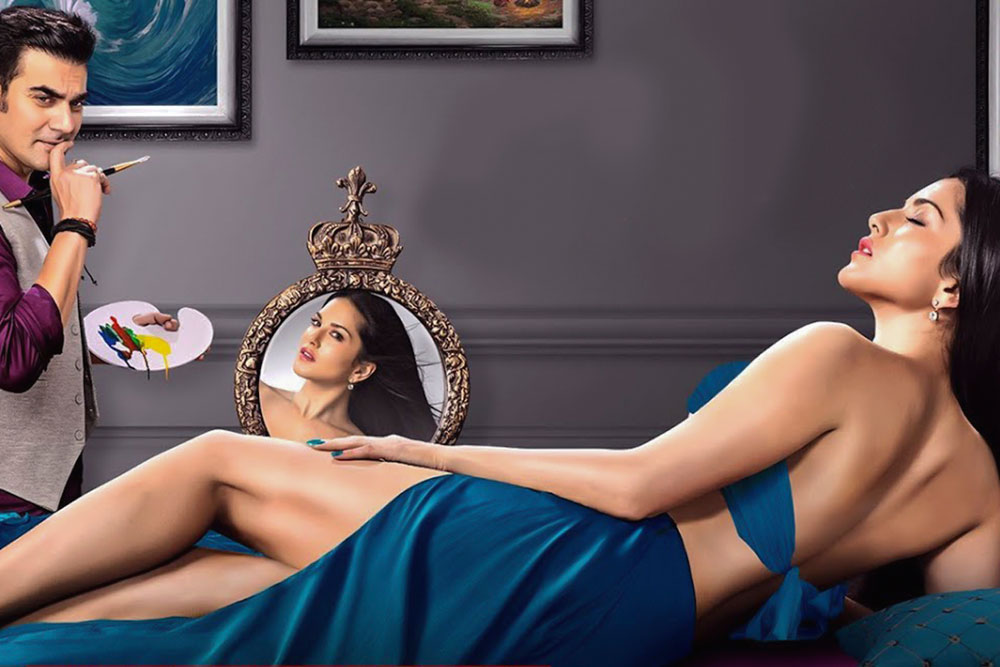 This is a bizarre movie about the relationship between a painter, an art gallery owner and four art dealers. At first it seems that the film is a commentary on the present state of the art market. It shows us dealers who are thugs; who have no sense of aesthetics and just see paintings as investment; a good place to park unaccounted money. An elderly foreigner turns up and says that he wants Indian art worth a million dollars for his girlfriend. So the four ‘dealers’ decide to steal the work of the reclusive artist, Rajeev (Arbaaz Khan), and pass it off as some sort of modern art.

However, as this outlandish film progresses, we switch genre, and see the supernatural inhabiting Rajeev’s paintings. The art thieves are severely punished for their theft. Each image of Rajeev’s art, painted in a garish art deco style, turns into a personal nightmare for them – a picture of the ocean has them desperately swimming towards an uninhabited island, a painting of a forest has them hopelessly lost in it, and an oil-on-canvas of a yellow car turns into a killer vehicle that drives itself.

Meanwhile, in flashback format, we are treated to scenes of several rendezvous between the artist and the gallery owner, Raunak (Sunny Leone). He paints her, she is enchanted by the portrait, and they fall in love. At this point, Sunny comes into her element and does her thing. Arbaaz hears the whispering of sweet nothings in his ear, receives tight embraces from the slightly dressed lady, and then lounges in post-coital tristesse. She becomes his muse, and he starts churning out even more lurid paintings, including one of her in a crimson wraparound.

This movie is badly shot, badly acted and has no coherent narrative. As the year draws to a close, it is safe to say that there have been many films like it. But this one is unique in its sheer freakishness. ‘Tera Intezaar’ sells you Sunny Leone, and then leaves you to extricate yourself from a grotesque nightmare.