‘This is the story of any young migrant in Bombay’ 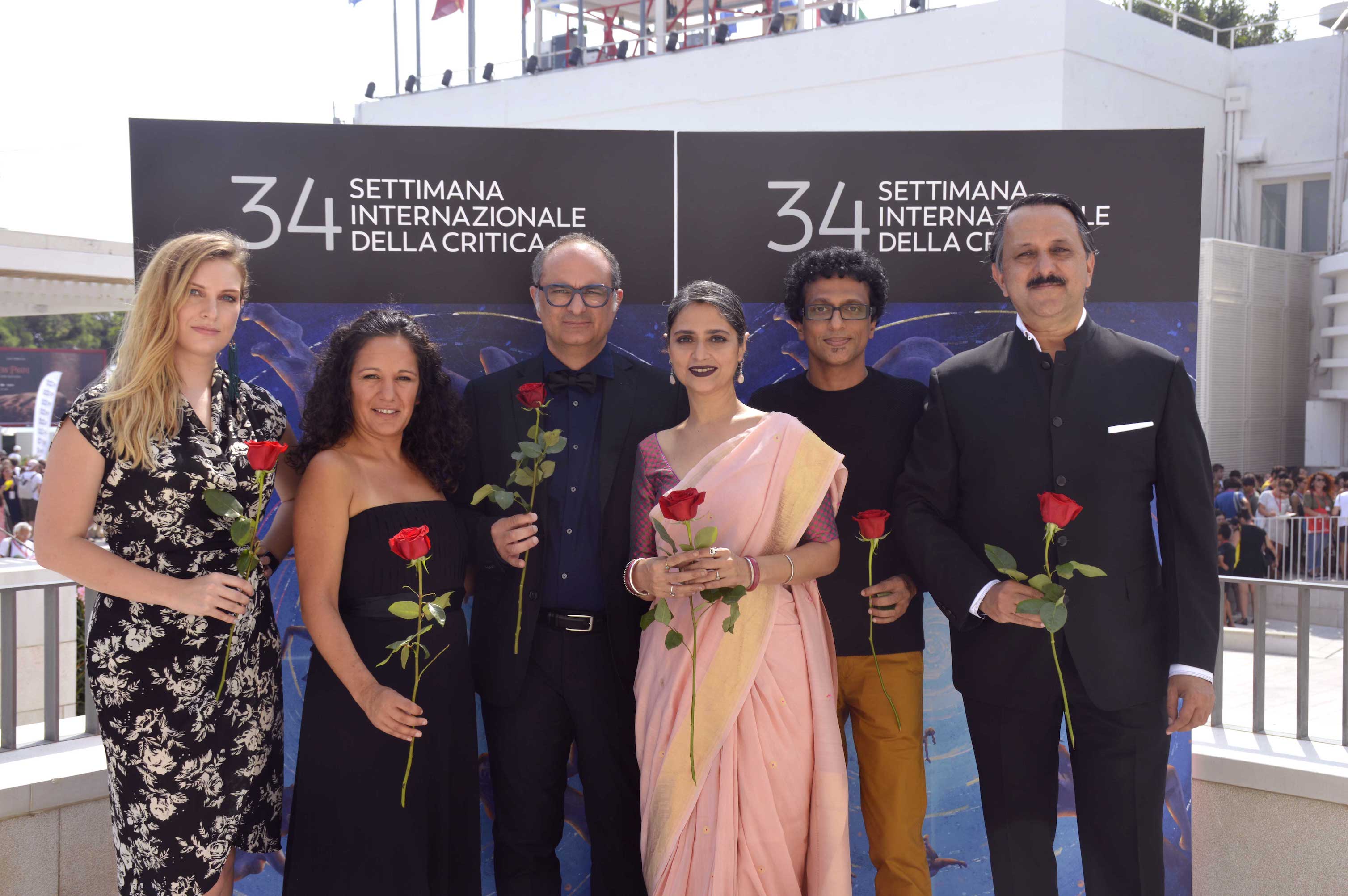 
Gitanjali Rao’s animated feature, Bombay Rose had its world premiere recently as the opening film of Critic’s Week at the ongoing Venice International Film Festival. Bombay Rose is the first Indian animation film ever selected to open Venice Critic’s Week. The film is the feature debut of animator Gitanjali Rao, who has made many animated short films before. Her film Printed Rainbow won three awards in Cannes Critic’s Week 2006 where it premiered and was shortlisted for the Oscars in 2008.

Bombay Rose tells the story of migrants in Mumbai in a struggle for love and survival. How did your relationship with the city reflect in the story?

I have been a Bombay girl all my life. Growing up in the 70s when the city was a lot greener, calmer, more rudimentary than it is today. I remember there was a swarm of snakes and tortoises from the station to our home in Borivali, and the sea was much closer. It feels like a different time all together. After I joined JJ college of Arts in South Mumbai, I saw a whole new colonial side of the city, and new people. When I travelled I’d see working women in the trains, especially those coming home from the 6 am telephone exchange shift. It felt safe, and there was somehow more equality and equilibrium within sections of society no matter what class you belonged to. This was a migrant city and it felt so much more like home, than it does today perhaps. The people from the city and those who made the city their home work together, build lives together. Even today there is a skyscraper next to a slum. The working class and those you are working for live side by side. It’s polarising, but it also brings a lot of tolerance and vibrancy in your way of life.

Is the film inspired by these women?

It’s a story of any young migrant in the city. A story of service providers, not us privileged lot. It’s also a documentation of things as how people would see it. Many times I’d see these young girls selling clips and accessories in the trains. They’d be very chirpy and by the end of their day there would be this very animated discussion with their friends on how it went. I always imagined what their stories would be like. In Bombay Rose there is a young girl selling gajras who works on the street in the day, who is educating her sister and who dances in a bar at night for money. There’s a young boy selling roses who falls in love with her and deals with her reality. And there’s an older woman who used to be a background dancer in 50s Hindi films and is trying to re-imagine her world today. All these stories within the backdrop of the ever bustling city intertwine to make us understand what it feels like to live this life in the city. In Bombay you can almost look into someone’s house. Life is spilling out here, things are passing me by. You are either rushing for work or you are going somewhere for an appointment. If you could just stop and watch, what would you see, there’ so much that one can observe. That was the inspiration for Bombay Rose.


Yours is the first animation feature from India to travel to Venice, Toronto and now Busan. It’s a milestone in itself considering India is not exactly known for its animation work internationally. Do you see this as a step forward?

It’s taken me six years and a lot of patience and resilience to bring this film together. I have worked hard with a very solid team to evidence the skill of Indian animators and storytellers and Venice’s response has proved that all the hard work has paid off.  Not that international festivals are the only benchmark for success, but, yes, since anime is a genre that’s explored far more in American and European countries, it becomes a good leveler for a film like Bombay Rose. Venice or Toronto already have very high benchmarks and it’s incredible to be part of that space. Plus a story like this based out of Bombay which is so true to its world, yet so universal resonating with audiences from the world over proves the fact that be it animation or live action, five minutes into a good film no one is thinking of the genre, but invested in the story.

Are social realities that reflect in your films like Painted Rainbow (that travelled to over 120 festivals) or Bombay Rose an important aspect of the landscape of your cinema?

Isn’t it for anyone who is trying to tell a story? After Babri Masjid and the 1993 blasts in Mumbai, I witnessed the politics of the city change. That’s when you don’t take a city for granted. Only stories of how it was remain and become part of your collective imagination. I remember I was doing theatre at the time with Anurag Kashyap and others and it affected all of us a lot. You will see that expression in his work as well as mine. Also social realities bind us together as human beings, the aftermath of it, the pieces that we are picking up make us who we are. This is a universal truth. Hence the colours, the sounds, the characters, the music all of it within my films would reflect it.

Your work as an actor in Shoojit Sircar’s October (2018) was well-appreciated. Is performing on camera simple?

I worked under Satyadev Dubey when I was 16 as an actor for three years. That’s a very impressionable age and you don’t forget something you have learnt when you’re that young. His was also a very whiplash kind of teaching so there was no option but to learn. It was a time when you’re discovering yourself, forming opinions, learning about your bodies, and so much more. The problem was that I would often get confused between my acting self and real self. They would often clash. It became difficult to demarcate which is which after a while, which was a bit intimidating. It was the reason I quit acting. The ego of the actor has to be honed in a different way, which is why I prefer to be behind the camera.

Do you have any specific aims for 2D animation in India?

I want to tell the stories that are wholesome in a way that they need to move people. Mowgli’s character in the 2D Jungle Book is so winning, but not 3D. It’s because the 3D version is too real. There is no room for imagination. In 2D people’s imagination fills up what’s lacking and they then become part of your story. It’s also a space that could do with some serious funding and attention in India. There are only a handful of us doing it and we have to do the best we can. I also want to keep our folk art alive through the films I’m doing because that’s the form of art that got very peripheral attention. We had Amar Chitra Katha in our times, but children today don’t even have that. What I would like to do is take on the beauty of a certain time and bring that into a mainstream, like Madhubani or Mithila art. Few people but artists have seen it, and it is our responsibility to not let all the artisans die. And if a film like mine releases in the theatres here and people watch it in its full glory I would consider it as a big win. It would give so many people reason to do more.