A film that talks of issues mainstream Hindi cinema has abandoned 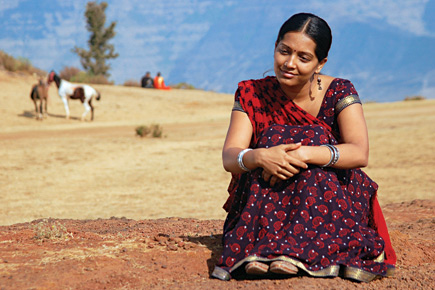 A film that talks of issues mainstream Hindi cinema has abandoned


Rivaaz is about a village with an unorthodox tradition. The entire community participates in and benefits from prostitution. Daughters and sisters are handed over to wealthy men from neighbouring areas. They are on loan, as it were. It is the only economic activity, and when a young woman fetches a good price, there is much celebration all around.

There appears to be no other profession—agriculture is treated with disdain—and the profit on a young woman is shared by the village men, via a system determined by the panchayat. Naturally, the men are all layabouts with no personal interest in any of the pretty girls around. They look upon them as bank passbooks that need periodic updating.

The most interesting of these good-for-nothings is a fellow called Mangi (Vijay Raaz). A small time upholder of the local tradition, he is most offended when the hero describes him as a pimp. He is a trader with a heart. Mangi actually likes the women he deals with and sometimes even treats them as business associates.

He introduces the hero, Rahul (Manoj Bidwai), to the heroine, Bela (Ritisha Vijayvargiya), and the resultant love affair horrifies the village. The alien concept of romantic love is feared because it might be contagious and set off an epidemic within the community, destroying a centuries-old tradition in the business of pleasure.

The melodramatic romance in Rivaaz is least interesting. It is the social inequities in this society, illustrated by the character parts, that make the film watchable.

Rivaaz is deeply flawed in terms of ambience and production values. It is not a good-looking film. Yet, it has a curious content, is reasonably paced, and talks about issues that big-budget mainstream Hindi cinema has abandoned—the margins of rural India.