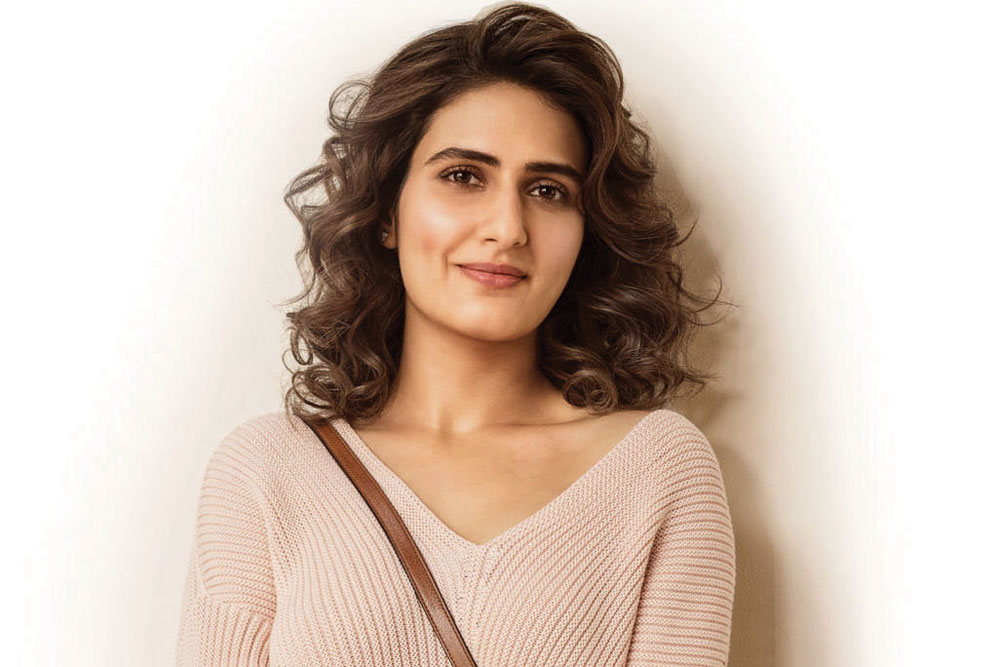 
Dangal star Fatima Sana Shaikh is going to have an eventful Diwali this year. She stars in two films that are expected to drop on streaming platforms during the festive season. As it turns out, both are comedies. In Barfi director Anurag Basu’s Ludo, she is paired with Rajkummar Rao in a plot that appears to involve the two actors plotting a jailbreak to release the father of her baby. In Tere Bin Laden director Abhishek Sharma’s Suraj Pe Mangal Bhari, she plays a young woman who becomes a victim in a revenge plot hatched by Diljit Dosanjh’s character against her detective brother, played by Manoj Bajpayee.

Fatima says comedy is hard for her and she frequently found herself seeking reassurance from Basu that she was performing competently while making Ludo. Some of that self-doubt, she admits, was a result of the very public failure of Thugs of Hindostan and the feeling of being written off that came with it. “I was crushed. I felt my career was over. I lost two big films, and I lost my confidence,” she reveals. “I asked myself if I had what it takes. I asked myself if I know how to act.”

With time, she says, she saw things in perspective. Sure it was a big failure, but it didn’t mean she had to pack up and leave. “Amitji was still working, [Aamir Khan] was still working. That helped me come to terms with the fact that I could and had to keep working too,” she says, referring to her Thugs co-stars and the fact that she learnt from them that it had to be business as usual. What she didn’t want to do was have to compromise what she stood for. “I didn’t want to do sexist films. I didn’t want to do films in which women were represented in a way that I didn’t agree with. And I decided I was going to stick to that, even if it meant I had to sit around for a year without work.”

Even as Akshay Kumar announces that he could release Sooryavanshi in January when it is likely that cinema halls across the country may be operating at 50 per cent capacity, and even as the makers of ’83 are saying they’re gearing up for the possibility that they could arrive in cinemas around Christmas this year, news in the film trade is that Reliance Entertainment, the studio that has bankrolled both films, has been in serious talks with streamers about a straight-to-OTT release for one or both tentpoles. According to sources, the studio is quoting an unheard of cost for these premium titles, and leading streamers—although definitely interested—are saying they’re way out of their budget.

On 83, it appears that the film’s director Kabir Khan and leading man Ranveer Singh are hoping the studio will hold out until the cinemas reopen. There is some talk that both Kabir and Ranveer may have offered to slash their fees on the project to offset some of the escalating costs that the studio has to bear on account of the delay in the film’s release because of the pandemic. With Sooryavanshi, it may be a little more complicated. Turns out the studio has been reminded, repeatedly, of the many blockbusters director Rohit Shetty has delivered for them over the years, and hence, the expectation that they would hold out so his new film gets the big-screen release it was always meant to.

The Priyanka Chopra-Rajkummar Rao starring cinematic adaptation of Aravind Adiga’s The White Tiger doesn’t drop on Netflix until December, but the film is already being spoken of as a potential Oscar magnet in Hollywood.

Directed by Iranian-American helmer Ramin Bahrani, whose films Man Push Cart, Chop Shop and Goodbye Solo made him a festival darling and landed him a foot through the tightly cranked doors of Hollywood, The White Tiger is produced by Priyanka. In its early prognosis of the Oscars 2021 race, The Hollywood Reporter has counted the film as a potential awards contender, suggesting that it could have heat in multiple categories including Best Picture, Best Director, Best Actress (for Priyanka), and Best Actor (for Adarsh Gourav).