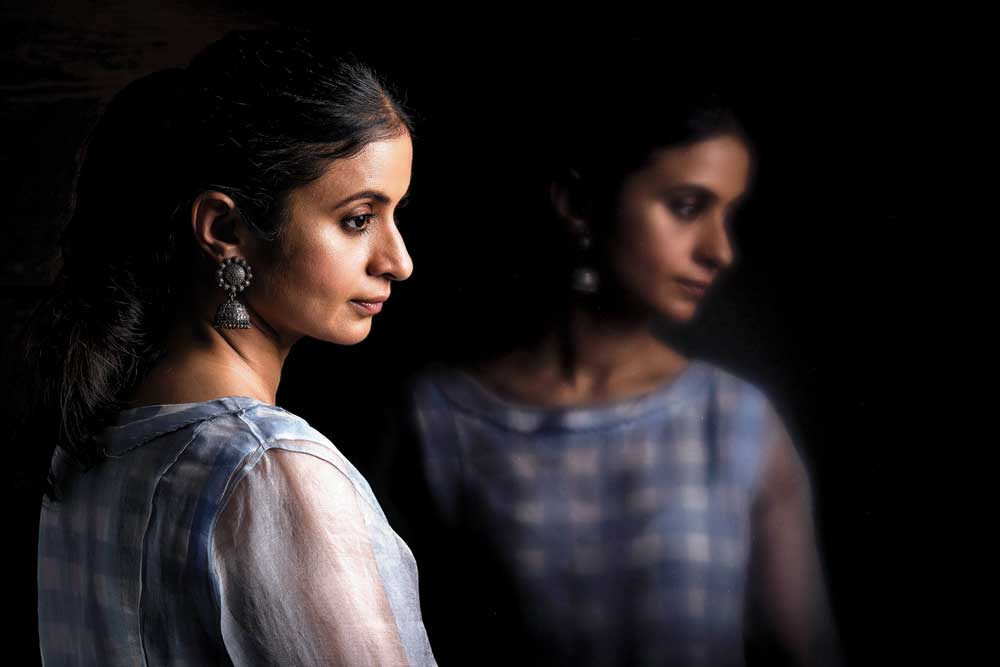 THE FIRST TIME I saw Rasika Dugal perform was almost eight years ago in an experimental, black-and-white indie feature film called Kshay (2011). The film is on Netflix today, but at that point it seemed like it’d never see the light of the day, given the commercial nature of cinema in our country. However, even then, those who saw it, were astounded by the performance of this young girl who played the lead in the film. Her performance as Chhaya was so layered and mature that it did not seem like a debut.

Today, Dugal is among the most popular Indian actors in the rapidly growing and changing space of digital content in India. Her short film Chutney (2016) with actors Tisca Chopra and Adil Hussain has over 123 million views online. She’s in three of India’s most acclaimed web series of 2018-2019 Mirzapur, Made in Heaven and Delhi Crime. Her performances in 2018 feature films like Manto and Hamid have been appreciated, even more than the films themselves.

Finally, with bolder storytelling and less censorship online, Indian cinema is coming of age and she is the face of that cinema. She’s part of the first group of actors who are turning the tide for Indian content and it’s a change she obviously never anticipated. “Honestly, when you decide to become an actor, you’re not thinking of the magnitude of the films you want to be part of. You just want to work, no matter where those films are played, or what format it’s made in. Be it on the big screen or the screens on your phone, a story is a story and it’ll make an impact if it’s made well. Having said that, I am beginning to realise that the reach of content online is so much wider, that it gives you validation of your work reaching a larger audience. That makes a huge difference,” she says.

The biggest testimony to that is Delhi Crime—a Netflix series on the brutal gang-rape in New Delhi in November 2012. The show has been told from the point of view of the policemen and women working on the case, and has garnered a lot of attention for its strong, empathetic and sensitive portrayal of a gruesome real-life incident. Dugal plays Neeti, an IPS trainee in the show, and in many ways she is the emotional anchor for the family dealing with their daughter’s agony. “In one sense it was disturbing being in it, but I think I wanted to be disturbed. I wanted to remember, because I felt guilty about it. We all moved on, so many of us did. I went for a rally, lit a candle, but what else? Being able to be a part of something like Delhi Crime helped us remember it together, grieve together, or even be cognizant of how we need to change the way we treat women in society. It was a way of dealing with that guilt in some way,” she says.

Among the debates, rallies, political gimmicks and fight for justice, Neeti keeps alive the human element in the scenario, and for Dugal it was a steep learning curve. “When I met real-life IPS officer trainees, I was moved by their idealism. By their sincerity. By the idea that they want to change the world. And they would articulate it to me in those words exactly. Honestly, I didn’t have that opinion of the police. I thought they will be neutral about it because they deal with it so often, but no. Everything that Neeti did and how she was, was inspired by them,” she says.

A graduate of Lady Shri Ram College for Women (LSR), Dugal spent three years in Delhi, navigating the city with her girlfriends every day. “As a college student, we had our ways of dealing with the city. LSR was very feminist and encourages you to take on anyone who was being prejudiced or sexist. One afternoon we shamed a bus full of college boys who’d been hooting at us for days,” she says. She’s well aware of her relationship with the city, and vocal about her stance, but is also conscious to not let it bleed into that of her characters. “It’s important to know when you’re performing a role, you cannot know more than what that character knew at that point. As a person if I might have had time to feel helpless, feel angry, feel disappointed about what happened, this is not the situation Neeti was thrown in. For her, the struggle is just to stay afloat and to take care of her family. Especially during tragedies or moments of grief, people don’t have time to think. They say weird things, react oddly and I had to keep that vulnerability within her alive,” she says.

“It’s important to know when you’re performing a role, you cannot know more than what that character knew at that point”

DUGAL IS AN EMPATHETIC and thinking actor, whose love for the craft supersedes everything, and it reflects each time she’s on screen. To add to that, the projects she’s been a part of have something substantial to say. Be it Qissa (2013) that spoke of lesbian love, or the recent show Mirzapur where she plays the wife of a gangster who is unabashedly vocal about her sexual needs. Despite her elfin personality, she has been picked for parts that show off her versatility. “With Beena in Mirzapur I loved her physicality. She was the kind of woman when she enters the room you look at her. She has a presence, there’s something in her body language which is very sexual and beautiful, and I was interested in being that woman because I am pretty Mr Cellophane in my life,” she says.

She credits her demeanour to her simple, traditional, yet liberal upbringing. “Growing up I was this quiet girl from Jamshedpur who went to school, and then did tuitions and watched films only on VHS at my aunt’s video parlour or at the club. The cinema halls in my town were notorious, not the kind of place our parents allowed us to go too often. There was never an obsession for the movies in my family. In fact, it wasn’t part of my culture growing up. As a kid I remember being mesmerised by Sridevi, but that’s about it. But I was also vocal about how I felt from the very beginning and expressed it, be it something as small as wanting a pet at home. During college, I was part of the drama society at LSR and I remember that was more out of the need to feel like I belonged.”

She joined Film and Television Institute (FTII), Pune, because of its reputation and the freedom it offered, not because she had chosen to be an actor as yet. But FTII proved to be the turning point. She says, “It was after six months into the acting course in FTII I felt like I’d found my soulmate. It sounds like I’m romanticising it, but it really was one of those moments. From there on, nothing else really mattered.”

Dugal has been part of one of the longest running plays in Indian theatre, The Vagina Monologues, among her first professional acting experiences in Mumbai. “Theatre was practice for my work, it gave me a sense of community, and for those who were like me starting out, wanting more work in films. The content in The Vagina Monologues was so powerful at the time, conversations about women and their bodies which are taboo even today. I was part of it for nine years and not many actors get that kind of an opportunity. I think I still know my lines backwards!” she says.

She maintains that film however is her first love. The intimacy with camera was more enriching than the openness of the stage. “I found it very hard even in my theatre days when directors used to say, ‘We can see you’re doing it, but can you project that a little more?’ I find sharing hard. But experiencing is exciting. I was okay being watched while I experienced the world of that character, but I still can’t share,” she confesses.

Dugal’s quiet radiance reminds one of the leading ladies of the 50s and 60s, such as Nutan or even Sadhana. She carries an old-world charm that seeps into her roles. Which is, perhaps, why she fit in so beautifully in a film like Manto. Nandita Das who directed her in Manto says, “Rasika’s personality is like that of water. She blends in, without judgement or conditions. It’s her biggest strength as an actor.” Dugal adds, “When I did Manto, I felt like that’s the era I belonged to. The grace, the quiet rebellion, the depth that the environment provided in those times is missing today.”

Her 10-year journey hasn’t been without challenges. She recounts a hard scene in Manto, “There was a scene where Manto comes to his wife and says, ‘Mujhe aspatal le chalo.’ It’s a scene where for the first time she sees his spirit breaking and we shot it for over seven hours without a break. I told Nandita that I don’t think I can do it, and she said, ‘But you have always done it, so why won’t you do it this time?’ My directors have had so much confidence in me, and that I will always be thankful for.”

Dugal is also grateful for the digital breakthrough and hopes it prospers in a niche way. “I hear murmurs these days that they want stars to be part of digital shows as well. I hope it doesn’t get to that. This is our space, and I really hope we get to keep it,” she says.