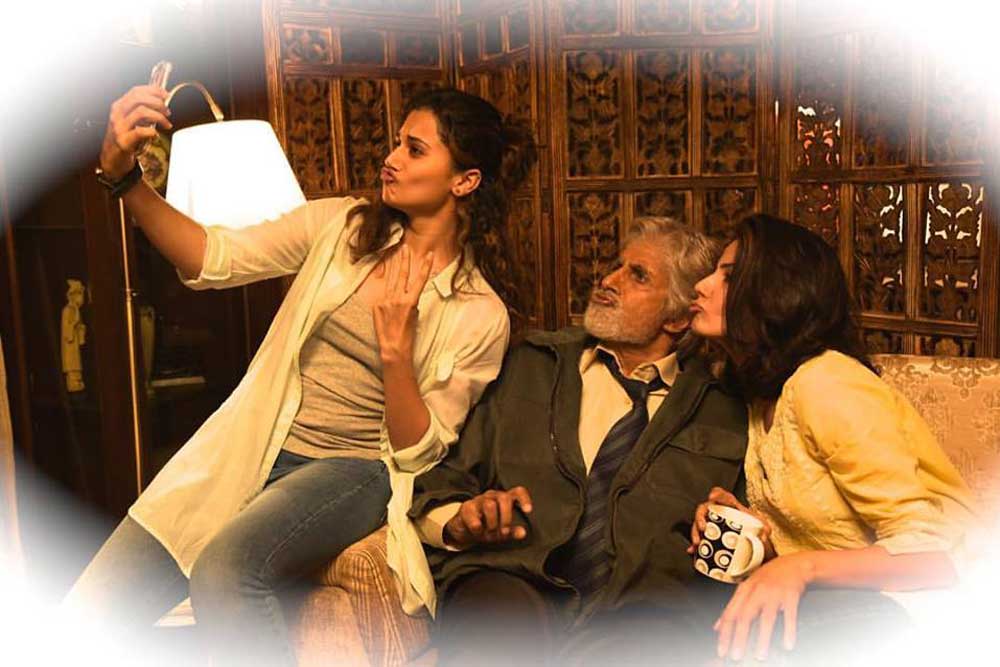 Apart from the obvious connotation of coding gender, the color pink has a political association as well. Pink refers to left leaning ideology, not quite red, but in that direction. And, also, in England, the defence lawyer once used to have his brief tied with a pink ribbon, as opposed to a white one for his counterpart in the prosecution. All three meanings have a connection to the plot of ‘Pink’.

The film is pink because it is about working women who are vulnerable to a patriarchal and feudal sentiment which says that women have no right to say no to men once they have given their consent to being alone with them and are free in their conversation and dealings with them. It is pink because it is emphatically against the idea of passing judgement on people, and does not take any rigid position, but accepts that human nature, in matters of sexuality, is complex, and usually falls into the spaces in between a radical feminist position and a more conservative one. Finally, the film is pink, because it is about the law governing these matters and about the defence of the fundamental right of a woman to say no to a man, in respect to her body, no matter what relationship she shares with him, or has previously shared with him – personal, financial or sexual.

All this stuff could have been so top heavy, it could have brought the film down and got it to preach. But that doesn’t happen, thanks to a set of passionate performances by the actresses playing this fictional incident. They portray three working women sharing an apartment in an upmarket area of Delhi. One night they get themselves into a frightful tangle with three young men, and are trapped in a Catch 22 situation. A retired legal luminary takes up their case and argues their defence in a series of court scenes, in which he lays bare the preconceived notions on women and sexuality that distort the views of the public and the state. He proves that this then leads to the manipulation of evidence and testimony in favour of the assailants.

Taapsee Pannu, Kirti Kulhari and Andrea Tariang are convincing in depicting the morally ambiguous situation they find themselves in, and are led in their team effort by Amitabh Bachchan, right now in another purple patch of his career.

The movie might have exposed its didactic rough edges without him leading it. But this actor, now in his fifth decade of the profession, has polished the frayed bits of an otherwise good script and taken it one step higher than its actual content.

In short, this a thinking, actors film with shades of grey that are brought out in a slow and absorbing way.