Other Lives, Other Interests

Uninterested in acting theory, indifferent to stardom—Vijay Raaz is a Bollywood anomaly 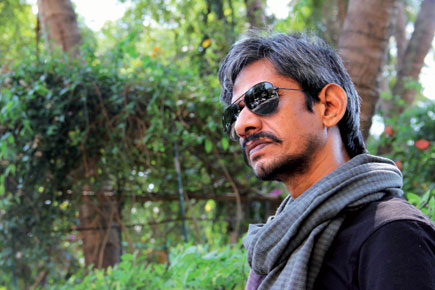 Uninterested in acting theory, indifferent to stardom—Vijay Raaz is a Bollywood anomaly

People—the very few who did— walked into Dedh Ishqiya thinking it’s a Madhuri Dixit movie. But they walked out convinced it’s a Vijay Raaz movie. In the film, Raaz is a wolf in sheep’s clothing—an MLA who’d kill to be a Nawab. And he’d kill some more for Begum Para (Dixit), the woman he loves as wryly as he recites poetry in honour of her beauty.

A decade ago, it would have been difficult to imagine an actor like Raaz romancing Madhuri Dixit. Thankfully, this is an age of meritocracy and endless possibilities.

The allure of Raaz is, essentially, his lack of allure. And according to critics, Raaz’s beaten-down version of a man was the highlight of Dedh Ishqiya. A reviewer on Rediff.com, raving about Raaz’s darkly comic performance, wrote: ‘Too often do we Hindi cinema audiences unfairly sideline villains and comedians, but here is a gem of a part, a truly meaty role—the kind of character that, in a Hollywood film, would have been played by Christian Bale or Javier Bardem—and Raaz sinks his teeth into it magnificently.’

Raaz is 44, and has spent nearly 20 of those years as an actor, starting with theatre in Delhi. He is routinely listed among the country’s finest character actors. Yet few may have heard of him outside a circle of charmed critics. He probably knows he has no commercial potential. But he doesn’t care. You could try placing him in the category of unconventional- lookers like Nawazuddin Siddiqui. But instead of accepting that as a backhanded compliment, he’s more likely to snap, “Who’s Nawazuddin Siddiqui?” So let’s not go there.

He’s eager to talk about Kya Dilli Kya Lahore, a Partition drama with which he turns director. Gulzar, whose work reflects the pains of Partition and who has supported several Indo-Pak peace initiatives in the past, is the film’s mentor: “Our Bhishma Pitamah,” as Raaz puts it. A father figure. Besides writing the lyrics, Gulzar is also presenting the film. “When Gulzar saab read the story, he accepted it immediately. I think he agreed because he wanted to encourage us and help us see this film through,” he says.

Set in 1948, in the newly-formed states of India and Pakistan, the film, set to release this May, is about the lives of two soldiers who find themselves on opposite sides of the border post-Partition. The film, Raaz says, tries to deal with identity issues and how, almost overnight, people from both sides had to get used to being called Indians and Pakistanis—“a confusion” that didn’t exist before Partition and “a confusion that the film tries to tap.”

“The title Kya Dilli Kya Lahore says everything. It’s a statement in itself. Why do we need boundaries? The film is trying to question that.” Raaz calls it a “layered” film, which can be an obscure description, but let that be. “It has a lot of humour,” he says, promising much-needed bursts of levity in an otherwise grim subject.

For Raaz, somehow, Partition will always remain a relevant issue. Terror, he feels, is a direct result of Partition and the subsequent creation of the state of Pakistan. With weariness in his voice, he says, “I do not know a single good thing that has come out of Partition, but I can point out a hundred bad things that have.” The film is anti- war. It is also anti-terror.

While directing, Raaz discovered one crucial thing about himself—that there’s a “creative man” inside him and that he is capable of doing something other than acting. He’s not the sort to plot, ponder and plan in life. He calls himself “aimless”, someone who takes anything and everything that comes his way.

He never dreamt of becoming a film director, but life and luck thrust it upon him. “At first, I was only acting in it,” Raaz says, his wiry frame and wavy hair belying both his age and experience. And then the film’s producer popped a surprising question at him: “Would you mind directing it?”

Initially, he was apprehensive. “I’d never done it before. Acting is such a small part of filmmaking. When you are an actor, you are concerned only about what you are supposed to do. You have a limited role. You sit in your vanity van and when your shot’s ready, they call you.” Direction spelt a deeper involvement and responsibility. It also meant greater creative control over the film, in a way that actors, however important and saleable they may be, can never have. But actors, according to Raaz, have their own creativity that he thinks few ever appreciate. “What is bringing a character alive on screen if not creativity?” he asks. “Ek actor kisi bhi cheez ko beautiful bana sakta hai (An actor can make anything beautiful).”

For him, acting is lying—the art of lying truthfully. “Even a child lies. He bluffs his mother that he ate the tiffin she prepared for him. He doesn’t tell her that actually he gave it to a friend. If he lies convincingly, he’s acting.”

Raaz mocks the whole idea of good versus bad acting. “There’s no such thing. People judge, they give you labels, they categorise you and then they say, ‘Okay, this is good. This is bad. Woh achcha hai, woh chutiya hai (He’s good, he’s a sucker).’ Every performance, every film is good in its own way. It’s just how you look at it. Some people may like it, some don’t. Woh joh hum log ek zimmedari le lete hain na tay karne ki, woh galat hai (That responsibility we people take on to decide things, that’s wrong).”

He feels the same way about success. “Society has made its own rules about success. If you have money, a big bungalow, cars and servants, then you’re successful. If you don’t have any of these things, you are a loser.” Ironically, he’s in a profession where only the top stars can afford all that.

“Acting—I’m talking about me—is an insecure job. There’s no safety. My father who was in a government job and is now retired, always said don’t get into it. But I loved my work. I’m glad I still haven’t got bored of it.” It’s not money that drives him. “Do you think I’m in it for money? We actors— I’m again talking of me here—live such lives that we are not even sure if we will get work tomorrow.”

He’s not one of those actors who like theorising about acting. “Usmein kuch naya nahin hain (There’s nothing new in that),” he says, dismissing the question with the wave of a hand. He doesn’t watch films. Before he met Mira Nair for Monsoon Wedding, for his first prominent role, he hadn’t even heard of her. He has no favourite actors. Great performances do not move him to tears, like they do other actors. “I’m in awe of nobody and nothing,” he says, except maybe “nature”.

If Al Pacino were to walk past him, he may not even recognise him. Wait: he just might. After hearing about The Godfather for 20 years, he finally saw it a few years ago. It left him mildly impressed: “Achchi film thhi—theek thhi (It was a good film—it was alright).”

Raaz says he is terrified of cinephiles. “I’m shit scared of the big names” that some of his colleagues can rattle off. He especially cannot bring himself to properly pronounce famous directors’ names that end with ‘sky/ ski’. Like Tarkovsky and Kieslowski. But do not misconstrue his indifferent responses as arrogance. He explains, “I take films as a way of work. Beyond that, it does not excite me. And I say that with all due humility.”

Clearly, Raaz is an anomaly in Bollywood. He doesn’t ever push for work. If it comes his way, he’s happy. “I could have been there…” he says, stopping short of completing that sentence. But you get the drift. “I could have, but I don’t care.” This is not a bazaar, he says, and, “I am not on sale.” He works in the industry, he is clear, not for the industry.

“Some actors say that they are members of this family called the film industry. There’s even that song: Jeena yahan, marna yahan (We live here, we die here),” he says, “I don’t feel the same way. I feel acting is just one part of my life. It’s not my entire life. I have other lives, other interests.”

“Like life’s mysteries—par koi aur din baithenge, uske baare mein baat karenge (But we’ll sit down some other day and talk about all that).” 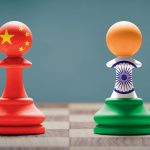