The New Momma  | Nursing A Grudge 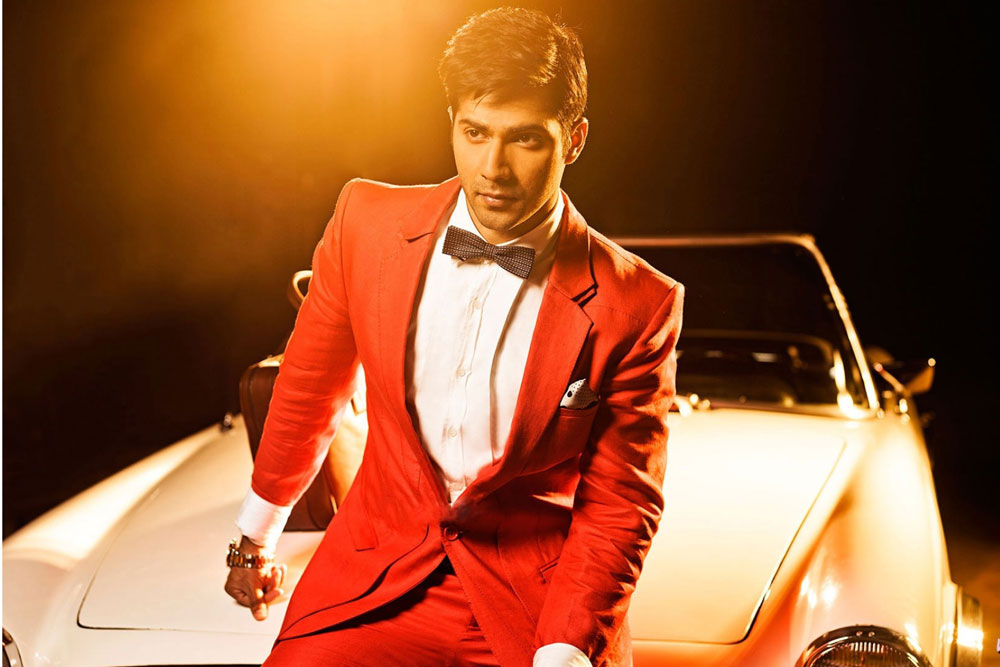 So it looks like Varun Dhawan is tired of pretending that he’s single. The Dishoom star has been linked to everyone from Alia Bhatt to Shraddha Kapoor, but now he’s letting the world know that he is in fact very much with Natasha Dalal, his childhood friend and upcoming designer.

Despite having frequently been snapped together by the paps, mostly entering and leaving parties and restaurants, Varun has maintained a tight-lipped silence on their relationship, never confirming or denying that they’re a couple. But last week he more or less threw caution to the wind when he turned up for Anil Kapoor’s 60th birthday celebrations in London with Natasha by his side. The pair was seen letting their hair down with Sonam, Rhea, Arjun, and the extended Kapoor clan who’d turned up to ring in AK’s big milestone.

On Christmas day, Varun was back in Mumbai, and was snapped at his brother Rohit Dhawan’s birthday dinner with the family, and in a tight clinch with Natasha. It’s clear from the pictures that have surfaced that Varun’s parents David and Laali approve of his choice; even Ranbir Kapoor who’s a close friend of Rohit showed up to dinner and took pictures with the Dhawans.

Less than three days since she popped out a baby, the amazing Kareena Kapoor-Khan showed that she was ready to resume her normal life. On Christmas Eve, Saif and Kareena hosted a big bunch of friends and family at their home for an impromptu celebration, and the new momma reportedly dazzled in a bright red dress and fresh highlights in her hair.

The guest list included Saif’s kids Ibrahim and Sara, his sister Soha and her husband Kunal Khemu, friends Malaika and Amrita Arora, and maasi Karisma and her children Samaira and Kiaan among others. It was a mostly quiet night in, with expensive wine and fancy hors d’oeuvres being passed around the living room, while Bebo Begum routinely poked her head into her bedroom to keep an eye out on little Taimur (get used to that name!).

Close friends of Saif and Kareena reveal that Ibrahim and Sara were “very excited” to welcome their little half-brother into the world, and have been nothing but supportive. It’s no secret that they have a terrific relationship with Kareena, who, apparently, is playing a big role in grooming Sara and preparing her for her impending acting debut.

It seems a little unfair that this talented actress, currently on a sabbatical from the movies, is nursing a grudge against a prominent female star because she lost out on a plum role to the younger actress. According to well-placed sources in the film trade, a first-time director who was very keen that she takes the job in a sports biopic had approached the powerhouse actress. The actress liked the script immediately but wanted to be sure he could pull off a project of that size and scale, given that he’d never made a movie before. She reportedly asked him to shoot a few scenes of test footage so that she could feel confident about taking on the project. But the director-to-be felt offended by the ‘condition’ she’d laid down, and decided to find a new leading lady.

His search ended at a bankable star who could bring more money to the table, and, who, crucially, wasn’t asking him to prove himself. She, instead, went by the faith of the film’s producer, a top filmmaker himself, who’d come on board to back the project.

As things turned out, the job proved more than he could handle for the director, who, pretty early on in the shoot, had lost the confidence of his unit. His actress reached out to the producer, and together they decided she needed to step up and take charge. Eyewitnesses on the set insist that the leading lady more or less make all the important decisions from about midway through the shoot, and became the ‘ghost director’, while the ‘real’ director was left calling Action and Cut, and not much more.

The film fared decently at the box-office, but the producer fell out with the director, and the female star made no efforts to hide or deny the fact that she had seen the film to the finish line.

Also some time has passed since the incident, the other actress is still believed to be upset with the director for dropping her like a hot potato, and equally miffed at the star for taking a role that she believes was always intended for her.