No One Killed Jessica

The leading ladies shine, but the film rests on peripheral characters who fall woefully short 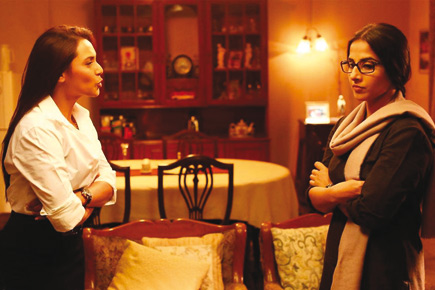 The leading ladies shine, but the film rests on peripheral characters who fall woefully short


In a sense, No One Killed Jessica is like a feature-length dramatised TV capsule of the events between 1999, when Jessica Lall was shot dead at a bar in Delhi, and 2006, when the case went to the High Court after national outrage. The film has passionate people, a linear narrative, a lot of talk and a musical theme on the disposition of the city.

It is an honest telling, but one that gives you no new angle on the story, the dramatis personae, the role of the media, the police investigation and the functioning of India’s lower courts. After two hours, during which your focus on the film waxes and wanes, there is little to take home. Crowded with details, populated with dozens of bit characters and spread over years, No One Killed Jessica is a noble presentation but an exhausting movie experience.

Though Jessica’s sister Sabrina (Balan) and TV journalist Meera  (Mukherji) are the primary propellors of the film, neither character is developed as a protagonist from whose perspective you view unfolding events. Sabrina is quiet and determined. Meera is professional but opportunistic, brassy but committed to the cause. As character sketches they are well defined, but the pivot on which the film balances does not rest on them.

It rests on a host of smaller parts—hostile witnesses, policemen, lawyers, assorted journalists, parents of the victim, and the murderer —and more often than not, these guys are out of sync. The lawyer for the defence is an old geyser, Jessica’s mother can’t act to save her life, and the high society types are caricatures. The saving grace is a competent actor (Rajesh Sharma) as the investigating police officer.

Still, one thing that stays with you is the courage and grace of Sabrina. The actress who plays her is shifting gears and cruising along nicely.