The Conjuring 2 is no match for the first film in atmosphere, narrative or scares. Be forewarned 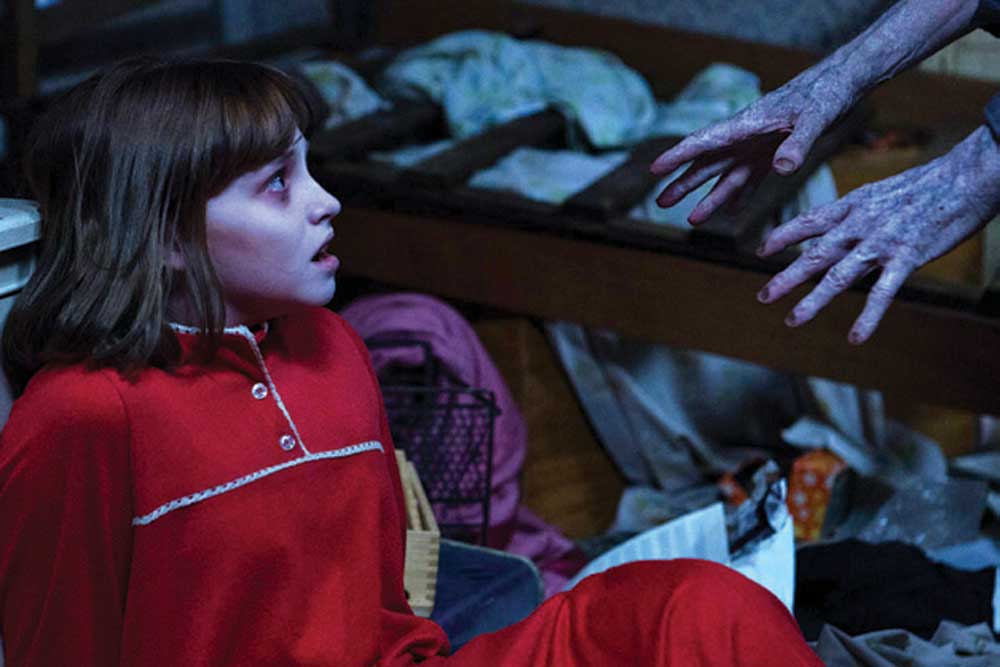 IF DEMONOLOGISTS and clairvoyants are people you like, then The Conjuring 2 is for you. The film traces the continuing investigations of Ed and Lorraine Warren, celebrity paranormal experts from New England. In this movie, they come to ‘Ye Olde England’ to study the case of the Hodgsons family in the swinging London of the 1970s.

Songs by Elvis and The Beatles enliven the film for a short while until we get into the heavy duty stuff of paranormal activity: furniture moving, people levitating, a young girl called Janet being possessed by a crotchety old ghost called Bill Wilkins. The tabloid media blows it up and since this is the era of Margaret Thatcher, British Conservatives, in the usual damning of their Welfare State, say that the haunting is a ruse by the Hodgsons to move out into new Council Housing.

However, when ghost busters from America—undoubtedly liberal—turn up, Bill Wilkins is found to be just an old English ghost who is trapped by a demonic spirit called ‘Valak’, remarkably similar to ‘Vlad the Impaler’ from Romania. Fortunately, before the Brits start complaining about being swamped by foreigners, the Warrens exorcise the demon. The Conjuring 2 is no match for the first film in atmosphere, narrative or scares. Be forewarned.