Night Shyamalam cannot resist introducing the supernatural into his films, and so the movie quickly descends to the lower depths of exploitation cinema 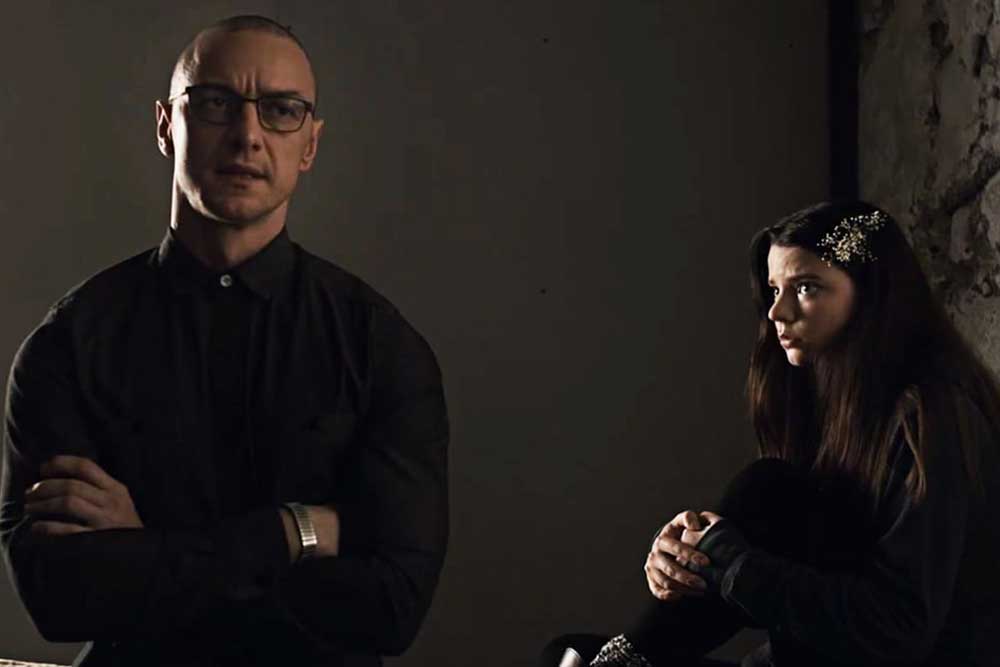 M. Night Shyamalan has been striving for originality in every film since his auspicious debut with The Sixth Sense. He doesn’t get to that level of unique ingenuity with Split either, but, at least to the halfway mark, you are gripped by this movie. It is a psychological terror story about a man who has DID (dissociative identity disorder), a mental condition that has had as many cinematic avatars as the central character in this movie has had personalities (23, as notified by his psychiatrist). Dr. Karen Fletcher (Betty Buckley) suddenly observes a 24th identity that she has never seen before, and which her patient, Kevin Wendell Crumb (James McAvoy), eventually refers to as ‘the beast’.

What is interesting in Split is the take on the possible role of a psychiatrist in worsening DID by indulging the personalities of the patient, and, possibly, being entertained by them herself. Dr. Fletcher takes voluminous notes on everything Kevin tells her, and as an internationally recognized theorist on the condition, believes that the fantasies she is told represent a new reality which we, people with a single personality, fail to see existing in the universe. Her studies have apparently diagnosed a neurological change taking place in the chemical make-up of the brain every time a DID sufferer discovers a fresh identity. So she believes that when Kevin talks in the voice of a new person, a brain scan will reveal dramatic changes taking place in neurotransmitters located in specific areas of his mind. He has actually become, neurologically, that new person.

What the film also cleverly shows is the ability of a patient to play games with his or her psychiatrist, so as to deceive them and get misdiagnosed. This is the best part of Split, the cutting between Kevin, who has abducted three teenage girls and locked them in his home at the start of the film, and Kevin again, the fast improving patient, charming as usual in Dr. Fletcher’s Office. We know she has seen the report about the kidnapping on Television, but that the information passes her by as one more statistic in a crime weary world. She has no idea that her quickly stabilizing patient, who she believes is now well enough to hold down a steady job, has anything seriously wrong with him, until he starts sending her emails in the voice of ‘Barry’, the most sensible of his identities, requesting for many unscheduled appointments.

But when ‘Barry’ keeps coming to visit her, Dr Fletcher gets Jai, her apartment building’s security guard (a standard Hitchcock like cameo, played by Night Shyamalan), to check the CCTV footage outside the gate. From his mannerisms outside her Office, she finds that it is actually ‘Dennis’, a much more disturbing persona, who is masquerading as ‘Barry’ for the sessions with her.

Both McAvoy and Buckley are good actors, and this cross-cutting section of the film works very well. Unfortunately, Night Shyamalam cannot resist introducing the supernatural into his films, and so the movie quickly descends to the lower depths of exploitation cinema. Given its absorbing premise, together with the intrigue caused by quirky camera positions at the start of  Split, the latter part of this film is hugely disappointing.