A mediocre film with no credibility 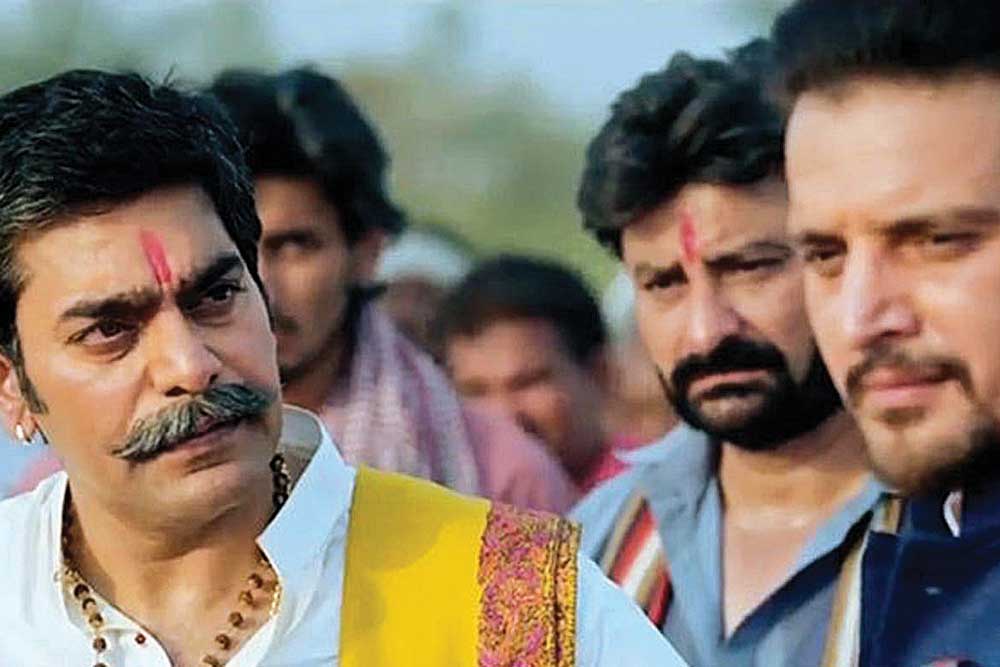 ‘DIVIDE AND VOTE’ as a political strategy in Uttar Pradesh gets some very bad press in this movie. But you can’t take it very seriously because personal and social equations in the film are dramatised in too pat a manner. Supposedly based on the Muzaffarnagar riots of 2013, Shorgul suggests that the very hint of a romance between a Muslim girl and a Hindu boy in this communally sensitive town is the perfect opportunity for politicians across the religious divide to organise riots.

Zainab (Suha Gezen) is engaged to Salim (Hiten Tejwani) and the two come from seemingly progressive Muslim families. Zainab hangs out in college with a male friend called Raghu (Anirudh Dave) whom she has known since childhood. Salim trusts his fiancé and has no objection to this friendship. But his brother, who has been gradually getting radicalised by fundamentalists, influences him to view the relationship as something much more than an innocent childhood bond. It is a pre-determined plot, and rather than examine the faultlines of a society that allows the mere whiff of romance between two people to escalate into warfare, Shorgul creates black and white characters who speak and behave like robotic interpreters of the history of communal violence in western UP. So Jimmy Shergill, who is a reasonably good actor, is made to play the cynical political aspirant who considers Hindu-Muslim violence an acceptable price to pay for success in electoral politics. His striking villainy is highlighted by his diagonal opposite, a secular Hindu leader (Ashutosh Rana) who sacrifices his home and his family for the values of amity and brotherhood between faiths.

But the most surprising portrayal is that of the young chief minister (Sanjay Suri) who is so politically correct that he does absolutely nothing to stop the ensuing riots This is a mediocre film built on political triangles with no credibility.