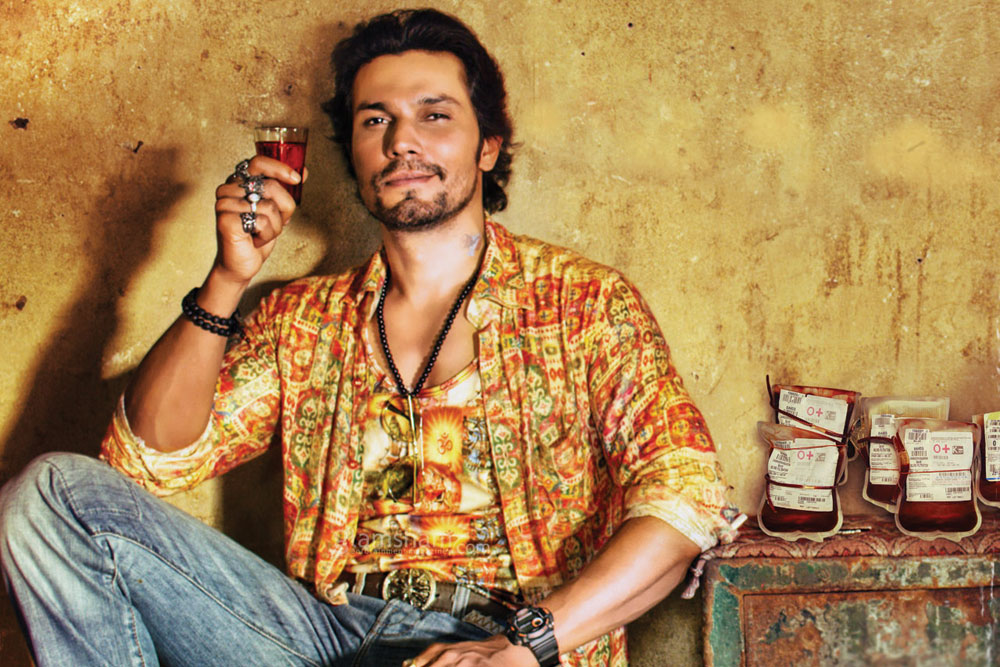 ANYTHING CAN happen in Haryana, even the bootlegging of blood, it seems. Alcohol is just brewed, distilled and packaged, and so Al Capone didn’t need any educational qualifications. But blood is different. It has to be extracted from live donors and tested, so the bootlegger has to have a minimum medical qualification, a diploma in pathology from a government laboratory. This film is based on the blood mafia that surfaced for a few years in this state to make money off shortages. Laal Rang can give you nightmares about blood transfusions, should you ever need them. The best time for this mafia was during a dengue epidemic, when entire districts were willing to pay the earth for life-saving transfusions. The ‘Don’ in this film, Shankar (Randeep Hooda), a student of pathology, refers to the spread of dengue as his ‘Diwali’.

Black humour like this is inserted into the film through a few macabre cameos, particularly that of a gaunt and half-starved looking man who couriers blood from Delhi and who Shankar affectionately calls the ‘Dracula of Delhi’. When ‘Dracula’ is pursued by the police, he starts flinging packets of blood to keep the cops at bay, which is both horrific and hilarious. At the end of the chase, the triumphant SP is covered in donor blood.

And it is the donors who are the scariest, particularly the emergency donors for rare blood groups. Many are anaemic looking rickshaw pullers, and one donor, a fishy looking ‘Baba’, is later described as a ‘mobile HIV retail outlet’. When this donor ‘Baba’ causes a medical disaster in the area, the only thing Shankar is furious about is why his apprentice (Akshay Oberoi) didn’t have the presence of mind to do a simple HIV test. Laal Rang is a flawed but watchable film, and mainly for the performance of Hooda. He plays this rakishly good looking ‘Don’ with so much élan, you wonder why this man is not a major movie star yet.