A Sufiana love story that gets bogged down by Babri Masjid, 9/11 and the 2002 Gujarat riots 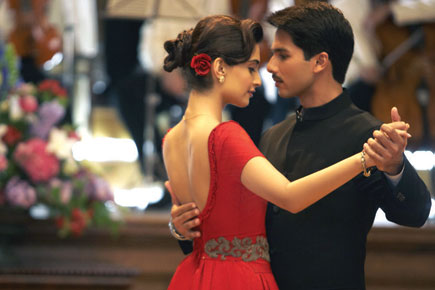 A Sufiana love story that  gets bogged down by Babri Masjid, 9/11 and  the 2002 Gujarat riots


Mausam is a flawed film, but it is a movie with a distinct directorial vision. This is what makes it interesting. The film is about the love affair of a Punjabi boy with a Kashmiri girl. By itself, this is not an unusual plot. What is unique is the way the film is suffused with a Sufi understanding of the confluence of two cultures. The love between the couple is expressed through cinematic poetry that has some of the flavour of Kabir.

The great mystic poet of the 15th century is said to have harmonised Hinduism and Islam through verse. His work also has a deep connection with Sikhism. The first part of Mausam is set in Punjab, which is where Harry, aka Harinder Singh, meets Aayat Rasool, a girl who is fleeing violence in Kashmir. The name Aayat, it is explained, means a holy verse, and when the two fall in love, they are speechless, but not wordless.

In an extraordinary scene, they write their love in lyrics, set to music, and Aayat puts each one of the couplets that Harry writes into a glass of water. The ink dissolves, and Aayat soon disappears from Punjab.

She turns up years later in Edinburgh, Scotland, selling tickets to a Mozart concert. Harry (Shahid Kapoor) is there too, now a squadron leader with the IAF. After listening attentively to a beautiful rendering of Eine Kleine Nachtmusik, he spots Aayat (Sonam Kapoor). The love affair resumes, this time more articulately.

Mausam is a good film, poetically speaking, but over-the-top with its geo-politics. It references Babri Masjid, 9/11 and the 2002 Gujarat riots, and this ideological posturing drags the movie down from its delightful set-up and turns the second half into a confused meandering across the globe.

The love affair, so poetic in its essence, loses credibility, and the film ends, unfortunately, with a whimper.