The talented Mr Bhardwaj has lost his mojo 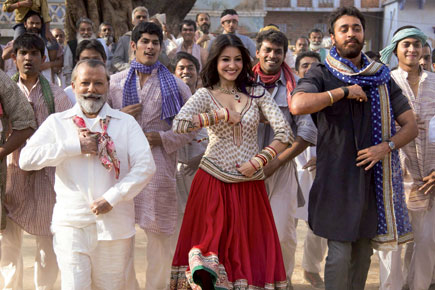 The talented Mr Bhardwaj has lost his mojo


Three characters, Matru, Bijlee and Mandola, can help you deconstruct the title of this film, but they can’t help you make any sense of it. It’s a movie composed of throwaway ideas, scraps of conversation, bits of music and some imaginative visuals. The ideas include Marxism (Matru is also known as ‘Mao’), the conversation is largely about agriculture and alcohol, the music is good and the visuals include a completely mad sequence in a small plane that Harry Mandola (Pankaj Kapur) confidently pilots for take off. He then announces that he hasn’t learnt how to land the plane yet.

Which, in essence, is the movie. Up in the air. Before he made his best film, Maqbool, director Vishal Bhardwaj got his screenplay read by experienced writers like Farrukh Dhondy and had a shrewd and grounded producer in Bobby Bedi. Vishal is a talented director who needs intelligent collaboration, but that hasn’t happened in his last two films and he’s gone off the deep end.

In this film, Mandola is a feudal lord and an alcoholic who lives in a mansion somewhere in the fields of Haryana. Real estate tycoons have reached those distant fields and are making him an offer he can’t refuse. He has a flunky called Matru (Imran Khan) whose task, it seems, is to ensure that his master is permanently drunk, since it is in this state that he is human. Sober, he is an exploiter who will conspire with a greedy politician (Shabana Azmi) to sell the land of his peasant tenants for little or no compensation.

He also has a daughter, Bijlee (Anushka Sharma), who is attracted to Matru, and it is through these three, each one influencing and deeply dependent on the other, that the film attempts to balance itself. Unfortunately, it never stabilises and what you end up seeing are potty ideas illustrated by bizarre visuals in a movie that has gone haywire.