This is a film that can safely be given a miss 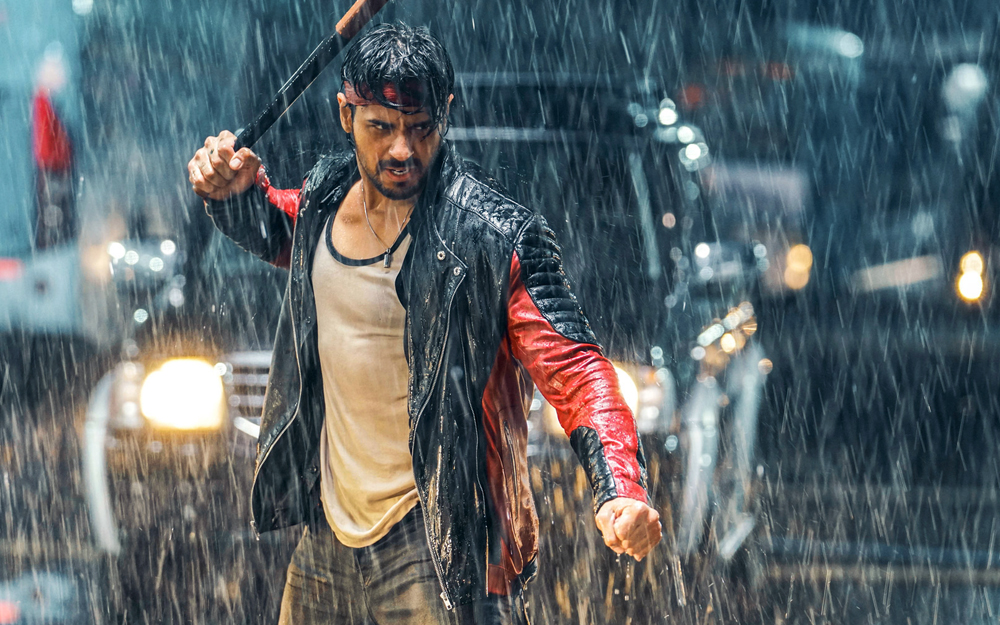 This movie triggers nightmares about the worst scenarios in the days when ‘masala’ Hindi films released on single screen theatres in the late 1980s and early 1990s. These films would be without much plot, and no narrative layers of any kind. They would begin with random situations presented, there would be movie stars to enact them, and they would end with dead bodies strewn across the screen. ’Titus Andronicus’, Shakespeare’s bloodiest play, had 14 people dead on stage by the end, including Titus – by sword, dagger, spear, arrow, and with two characters cooked and eaten in a pie. Hindi revenge drama of those days topped that.

Let us count the ways to dusty death in ‘Marjaavaan’, a reincarnation of the blood and gore of those times. Narayan Anna (Nassar) is the Godfather of the water mafia in Mumbai. His right hand man is Raghu (Sidharth Malhotra), a matchstick chewing, swaggering, good-looking gangster, for whom ladies of the night have a weakness.

Anna also has a son called Vishnu (Riteish Deshmukh) whom he does not trust, perhaps because the man is vertically challenged, at three feet tall, but mainly because the son is addicted to the revenge and torture motif of man management in the mafia hierarchy. The favouritism of his father causes resentment, and so Vishnu is ever waiting to destroy the blue eyed boy of his Dad.

The resultant deaths from this toxic office work space, in linear sequence, are by gunshot, by being pushed off a building, by fire from a burning effigy of ‘Ravana’, and by impalement with a sharp prop on the sets of this movie. In between, are gruesome fights, the severing of limbs, and the bludgeoning of heads.

Both film stars, Deshmukh and Malhotra, have added nothing to, or subtracted nothing from, their screen images. Playing a little man pays few dividends, as we saw in ‘Zero’, and by enacting a muscular hitman, Malhotra may actually have detracted from the chocolate boy image he was initially, and successfully, invested with.

In a multiplex theatre, the regurgitation of this old content from a bygone era, appears surreal. The exaggerated style of performance, the melodramatic dialogue, the background score that sounds like something from a retro channel on TV, the high pitched and hysterical voices of women and children begging for mercy; all this looks and sounds completely bizarre in a film newly released.

This is a film that can safely be given a miss.

From Zia-ul-Haq to Edward Heath, a journalist relives his meetings with power people