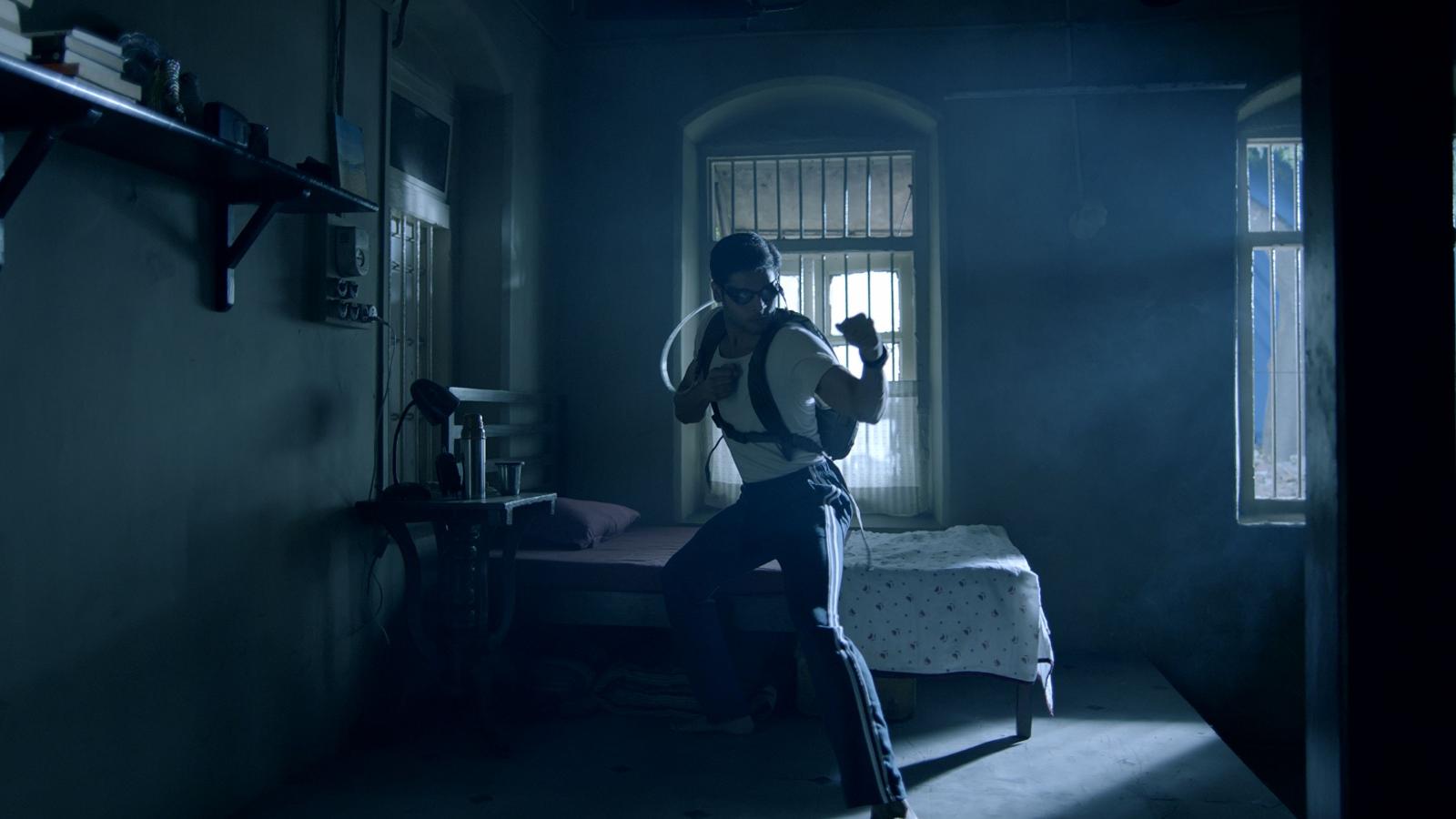 This is a tongue in cheek take off on several cult film series, the first ones coming to mind being ‘The Hangover’ and ‘Deadpool’. The earlier influence is in the unending sequence of crazy and hallucinatory events that take place in the film and the surreal relationships the characters have with each other. The second because ‘Mard Ko Dard Nahi Hota’ is also, in a sense, a poor man’s superhero movie. It is a satirical and relatively low budget take on acquiring superhuman powers.

Surya (Abhimanyu Dassani) is born with a rare condition called congenital insensitivity to pain. As a child, he keeps hurting himself, is covered with self inflicted wounds, and has to have 24 hour attention to prevent him from bleeding to death, or injuring his limbs and organs. This constant surveillance of his son turns his caregiver, a single Dad, into a neurotic with OCD. The obsession is to treat his son like an infant, and to prevent him from travelling outside the safe domain of a home.

But Surya has an indulgent granddad (Mahesh Manjrekar) who gives free rein to the imagination of the boy and allows him to watch countless martial arts films, and to remain in their action world without trying things out himself. (His idol is a one legged fighter called ‘Karate Mani’ who can defeat any physically fit martial arts expert.) This method of keeping the boy out of trouble seems to work, at least until Surya grows into a handsome man who searches and finds his childhood sweetheart, Supri (Radhika Madan), a karate expert herself.

From the point the lady is introduced, ‘Mard Ko Dard Nahi Hota’ abandons all pretence of a narrative about a man’s coming to terms with his disability. Surya gets into the swing of his romance, so to speak, and regularly confronts several antagonists at the same time, without any apparent self harm. Ably assisted by Supri, he confronts the twin brother of his now ageing martial arts hero, ‘Karate Mani’. He is a hilarious goon called Jimmy (Gulshan Devaiah in a double role).

Jimmy owns a security agency and his watchmen attack Surya and Supri. These scenes go on endlessly, and the watchmen all keep coming back for more. It is almost as if all the ‘chowkidars’ in India have descended into the plot of this film. By the time the movie ends, we have watched a wall to wall carpet of whacky ‘chowkidar’ scenes being played in a loop.

This movie starts off with an interesting script idea and then jumps into the deep end of the dead pool. Were the film stylistically made, it might have worked, but it is so poorly mounted and shot, ‘B’ grade vibes are given off by the end of it.