The movie fails to cash in on its full comic potential because it pretends to be serious. Danny comes good though 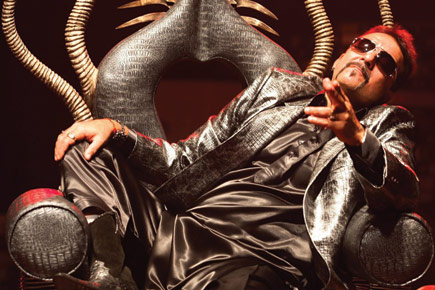 The movie fails to cash in on its full comic potential because it pretends to be serious. Danny comes good though


What’s a mochachino? Tamang (Danny), no great coffee drinker, nevertheless gets the best line in the movie when he calls it maa-ki-chino, making it sound so much like a gaali that the whole theatre explodes in laughter. This accomplished Sikkimese actor turns the first few sequences of Luck into an enthralling prologue to the film’s central premise—a lucky person is a great business investment.

Tamang and Kareem Musa (Sanjay Dutt) go around the world recruiting lucky people for their gambling racket in South Africa. Completely illegal, of course, because it involves varied forms of Russian roulette—parachute jumps with faulty chutes, encounters with sharks, and the like, all with a specific survival ratio. Which is disappointing, because Luck starts as an interesting thriller and quickly turns into an action-packed extravaganza.

The motley crew assembled in the film includes Ram (Imran Khan) who needs to earn a few crores quickly or face a court order for a huge loan default, Colonel Singh (Mithun Chakraborty) who wants money for his sick wife, and a little camel jockey called Short Cut (Chitrashi) who has the most sensible dream. She wants to drive a Lexus.

Director Soham Shah, who began with the truly dreadful Kaal, makes Luck with a seriousness of purpose that is counter-productive. When you have a movie title that has the ‘luck’ talisman hanging on its tail, as did Oye Lucky! Lucky Oye! and Luck by Chance, you’ve got to let the luck hang loose. A little humour, a My Fair Lady song such as With a little bit of luck, even a Russian roulette item number, a chance of one in six that the girl’s bikini will come undone, all this would have lightened things up.

Instead, we have dreary conversations about the meaning of life between contestants who are fundamentally mercenary in ideological persuasion, not existential. Luck favours the brave they say, but perhaps, also the entertaining.