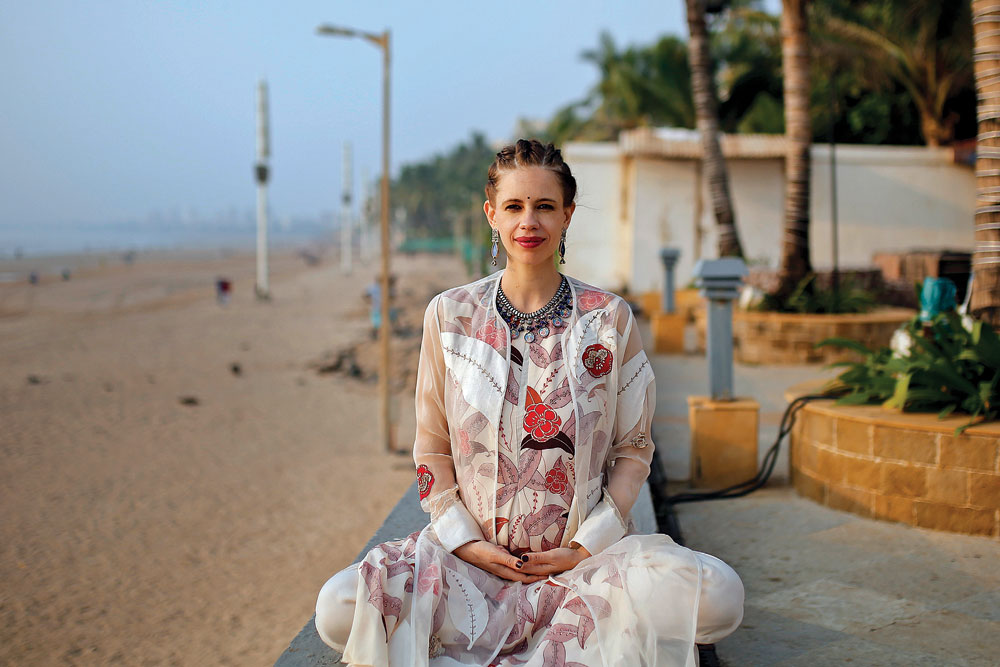 
SITTING BY THE calm Mumbai sea, in a bottle green dress with her hair in a bun, and the sun bouncing off her face, Kalki Koechlin looks like a beacon of light this afternoon. She’s soaking in the sun, which she can never have enough of, and is between interviews for the second season of her popular BBC World Service podcast My Indian Life. It’s a show where she talks to individuals who break norms through their unusual personal and professional journeys, but it’s also one where the 35-year-old could easily be both anchor and subject.

In 2009, Koechlin first walked onto the big screen as Chanda in Anurag Kashyap’s Dev D. A lean young girl who chose to debut with a role that was bolder than most, she was unlike anyone else we had seen in mainstream Hindi movies. A decade later, one can say, she is having her best year. It all started off with the year’s acclaimed film Gully Boy where she plays the small but substantial role of a music producer from Berkley. She then moved onto Made in Heaven where she played the complex character of Faiza Naqvi, a woman from an affluent family, grappling with a complicated love life, and struggling to find her identity. She followed it up with Sacred Games II where she was the new face in an already established web show. And then there’s the psycho-drama Bhram, a show which she carries all on her shoulders. “There have been very few times in my life where I haven’t had to wait for a release or wonder what’s next. I finally feel like I have achieved a balance between what I want and what’s being offered. Between OTT platforms and films, the diversity is finally starting to happen. I am not just the crazy ‘dark’ actress, or the serious activist or the sidekick in a commercial film. People want to collaborate on a whole lot of incredibly challenging work and that makes me so happy,” says Koechlin.

For someone who has never been the kind of actress who banked on super hits for her success, Koechlin finally seems to have found her spotlight in Indian cinema. Be it Sky from Gully Boy or Faiza from Made in Heaven, there’s something about the parts she plays that make it difficult for us to imagine anyone else in them. She’s unafraid, vulnerable and breathes life into her characters. Portraying the inner conflict of a character written for her has been one of Koechlin’s biggest strengths. Zoya Akhtar who first worked with Kalki in Zindagi Na Milegi Dobara (2011) once called her irreplaceable and an actress she would always go back to. “When Zoya came to me with Faiza I just knew in my heart that I was on it. There are very few directors who empower you as an actor and also let you be when you really need space to explore. Zoya is one of them, which is why my work with her stands out. Like it did with Shonali Bose in Margarita with a Straw (2014). Both female directors, both very sure of what they want, and very trusting towards an actor like me. So if there is a high you’re seeing in my graph as an actor, it’s also because of these directors,” she says.


“I am not just the crazy ‘dark’ actress, or the serious activist. People want to collaborate on a whole lot of incredibly challenging work and that makes me so happy,” says Kalki Koechlin, actor

This year has been more than just professional highs. She’s getting ready to play, what could perhaps be the most important part of her life. “I think it’s kicking now,” she says holding her belly, giggling like a little girl. A few weeks back Koechlin, in true-blue millennial fashion announced on social media that she was six-months pregnant with her musician partner Guy Hershberg. Expecting her first baby, she says, “I was ready to be a mom some time ago. I manifested this baby. I think it all began when I saw my younger brother growing up. He had this passion for life. We get caught up with bills and rent and daily life, and forget about really living. In fact, I was so sure of doing this, that I was thinking of freezing my eggs and having a baby myself. I didn’t need to feel the need to depend on a man for a baby. But this happened, and though totally by accident, I think I may have really asked for it from the universe,” she says.

IT’S NOT SURPRISING coming from a woman who has always spoken her mind and lived by her own rules, despite being in an industry where actors usually stick to the norm. When some of the most popular actors from the industry are celebrating monthly wedding anniversaries and honeymoon trips on social media, Koechlin openly told the public why she didn’t jump into marriage, just because she was pregnant. “Some journalists were referencing Sarika and Kamal Haasan’s child out of wedlock case and I was like, that was 30 years ago! Hasn’t anything changed since? Really?”

Koechlin has always embraced this bohemian free-spiritedness personally and professionally. “I knew people would ask me about the ‘man’ in this relationship, but I wasn’t just going to get married because of the people around me. Marriage is not a romantic concept for me. It’s an arrangement and I will one to merely tick boxes, perhaps because her childhood was also never conventional. Her parents, who were hippies in the ’70s, moved to India from France on a spiritual quest, but separated when she was a young girl. She was a beach baby and grew up around French and Tamil people in the township of Auroville. Abuse in her teenage years complicated her relationship with those around her. She admits having had a complex relationship with her family till she decided to pursue art and theatre in London, where she found herself. “What I sought through my performances and my theatre schooling helped me discover dimensions I didn’t know I had in me. There was a lot of pain and confusion I was dealing with then, and found it difficult to reach out to my loved ones. As a kid, you have the concept of the ideal family in your mind, but I never really had that. It took me sometime to understand that there is no such thing as an ideal family, and parents love their children irrespective of anything that may be happening, which is when I could reconnect with my family and build that bond,” she says.

SHE STRUGGLED WITH knowing herself and her identity not just growing up, but also when she started her career in Bollywood, because she didn’t ‘fit’ the regular Indian film heroine mold. She wrote poetry about skin and body shaming, spoke about being discriminated as a woman and as an artist, at open mikes and eventually found her spotlight in Indian cinema. And today when she’s expecting her own baby, she is aware that her child may have to go through similar battles. “It’s true there was confusion but that’s how you discover yourself. If you don’t question yourself and just go with the tide, you kind of don’t know yourself so much then. And today I am grateful for where I come from. With my baby there are all these territories I am going to discover again, it’s almost like reliving your own childhood through your child,” she adds.

Koechlin doesn’t romanticise motherhood like our cinema and society does. For her it’s an experience that will change her, but won’t stop her from living like she did. In fact, she doesn’t shy away from admitting that for someone as independent as her, pregnancy did seem binding. “I panicked every day initially. I felt like this body is not my own, it belongs to an alien creature that’s using me as an incubation system sucking every nutrient I have! I’ve had friends whose lives have turned upside down after they’ve become mothers, so it was unnerving at first,” she admits.

She thought work would suffer, but quite the opposite. She now seems to have more on her plate than before. “I called my agency, and I was like, ‘What do we do? We have all this work to finish.’ I was yet to shoot Bhram then and I spoke to the director and asked him if he still wanted to go with me on the show. He did, and I shot that whole series during my first trimester with a body double for the action scenes,” she adds.

“If I give birth on stage, that’ll be like the best show ever. People would be like, ‘Why didn’t I buy tickets to that show?,” says Kalki Koechlin

She is also currently rehearsing for her latest play Sounding Vanya at the Serendipity Arts Festival, Goa, in December where an eight-month pregnant Koechlin will perform on stage before going on maternity leave. “I have people around me who seem to think I can do it, so why not. We will be rehearsing for seven hours every day, because that’s how our director Rehaan Engineer works. Also, it’s surreal because the stage has been everything to me. There was a point in my life where I’d rather have been on stage, than off it. So if I give birth on stage, that’ll be like the best show ever. People would be like, ‘Why didn’t I buy tickets to that show!’”

She is planning a water-birth in Goa and is happy that this will be a nomadic baby. “Between Mumbai, Pondi and Israel, this kid is going to have a blast!” She may be housed in Mumbai thanks to her work, but she hopes to give her child a more organic upbringing than most city children. “I do want my child to run around and do things, not just be in front of the screen. I want my child to go out and see that fruits grow on trees, and don’t come from the supermarket. Spend time with animals, go out on treks. But at the same time, I can’t deny this is going to be a social media baby, it’s going to be surrounded with technology and we will have to see how much balance the child gets.”

Even while she foresees the infancy of her child as bucolic, her own schedule is packed. She has exactly three-month maternity leave and will get back to shooting the second season of Made in Heaven soon after. “As long as I have breast pumps and I still have work, we will figure things out. I multitask between doing podcasts, theatre, having a child with a partner living in another country and we are lucky enough to be living in a world with enough connectivity. I’ll be learning from the kid as much as it will be from me, so I am not too worried,” she says. 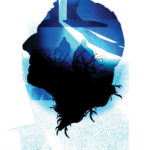