A story of how an innocent is jailed becomes an unyielding critique on the prison system. Watch it in horror. 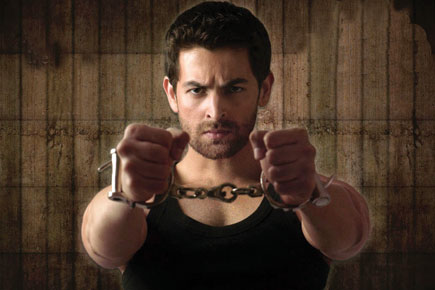 A story of how an innocent is jailed becomes an unyielding critique on the prison system. Watch it in horror.


What is striking about Jail is the enormous respect that the film gives to its subject. Madhur Bhandarkar is a maker of realistic cinema but he has in the past, in films like Page 3 and Fashion, kept a sharp eye on the  commercial possibilities of skin and sleaze that the material naturally provides. He doesn’t do this at all in Jail and, in fact, presents his tale in a manner that asks serious questions of our criminal justice system.

Parag Dixit is a young corporate executive and the world is his oyster. It comes crashing down all over him in a few minutes. His flatmate turns out to be a drug dealer who has used his apartment, his mobile phone and his friendship to lead a double life. Parag (Neil Nitin Mukesh) has the misfortune of being with him in the car when the police shoot him. In a bag are crores worth of drugs and the onus is on Parag to prove that he knows nothing and is innocent of all charges pressed against him. He is up shit creek without a paddle.

Jail is a well-researched and unsentimental look at our prison system and an intelligent validation of the view that far from functioning as institutions of correction, our jails frequently destroy the spirit and soul of the convicted and sometimes even turn those under trial, waiting years for the rusty wheels of justice to roll, into criminals themselves.

Bhandarkar has shown the Indian prison system to be capitalist to the core. Only the dress code and the food has an egalitarian index. Many prisoners are more equal than others, and money, inside or outside the jail, talks eloquently.

Jail is a depressing film with a strong narrative thread. It often moves away from the protagonist to tell stories of the little people in prison. The director’s focus is the ‘system’, and nothing, not even a need to provide relief from the all-pervasive sadness in the film, comes in the way. Now, that’s called intellectual honesty.