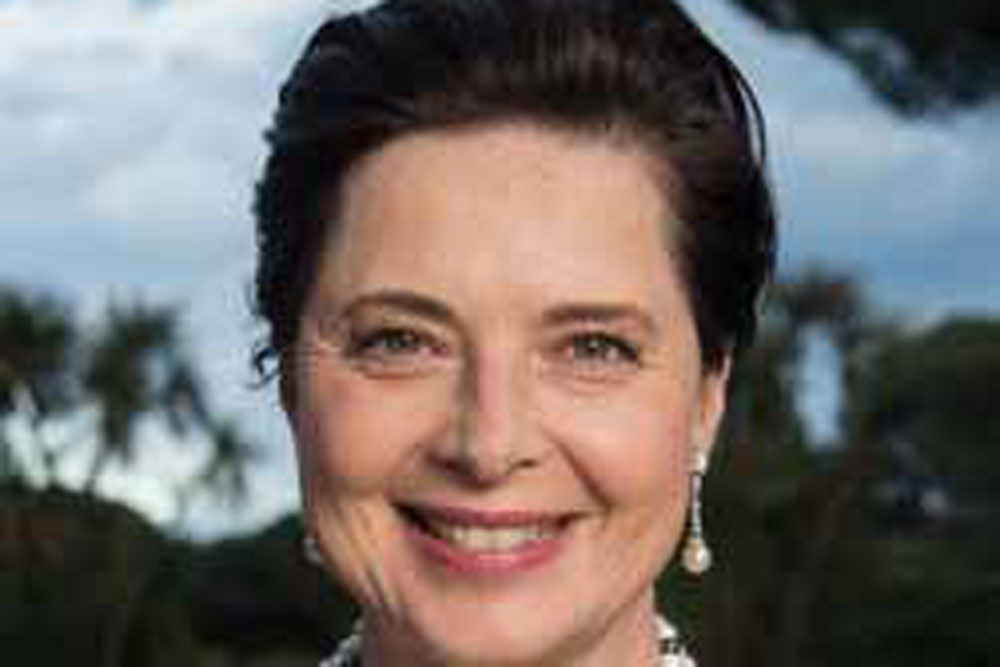 Could you tell us about the show and how it is being shot?

It’s a 45-minute show followed by a Q and A. It is based on my knowledge about science and the fact that I always tell the story about science and animals, but in a comical way. I have a part of my home, which is a big barn that I have decorated. I will bring some of my animals live, lambs, chickens, dogs, to be part of my show, and then sometimes I would cut to video. So it would alternate two minutes of a recorded video and maybe I speak for three or four minutes live. When we think of evolution, we think of survival of the fittest, and I always imagine that the fittest means the strongest or most aggressive animals.

But now, they think the fittest might also mean the most friendly, the most cooperative of the animals. And they looked at domestic animals, and I have them, which are much more docile than the wild ancestor. And they also found advantages in Darwin and I talk about Darwin, saying that maybe altruism, empathy also evolved. And those are not things that you think are associated with animals, but they are. The new science discusses how individuals that are more cooperative and friendly will mate and have babies and they will also transform themselves, so the wolf becomes the dog, the mouflon becomes the sheep. I am also talking about domestic animals and how sexuality among individuals that are docile and not aggressive, eventually changes them and makes them domestic and kind to us. With sex, everybody thinks pregnancy, yeah, yeah, yeah, but this is much more interesting, it can change a species.

Tell us about life on the farm. Does global warming worry you?

We have an organic farm where we grow vegetables. I attend the animals. I have bees for honey and I have chicken, ducks and turkeys for eggs. We don’t do any meat. And I just started a programme with all heritage sheep that have different wool that became very rare because now, as we have in industrial farming there is what we call a monoculture, there’s also the monoculture of animals. So the breed of sheep that is very popular is called the Merino sheep. I don’t have Merino sheep. I have breeds of sheep that are very ancient with wool that have been forgotten by the industry. And I’m working with the Parsons School of

Design to promote biodiversity even in the farm. And we do it also with vegetables of course, not only organic but we also raise heirloom—tomatoes that you cannot easily find in a supermarket or an asparagus that is of a different variety than the asparagus that you find. And global warming you asked. First of all, it is very difficult to keep bees alive. I started six new colonies of bees and so far so good, we’ll see. But they are very, very susceptible to dying, very susceptible to diseases; I think their immune system is compromised by pollution. We have had very strong winds and storms that we didn’t have before. So that’s very new. And we attribute it to global warming.

How do you find your own quiet time?

I don’t know. I meditate once in a while. I am not a big meditator. I do it. I do it in a period of anxiety or I do it when I’m in the theatre, before entering the theatre and the show, to calm myself and focus. For me, it is a fantastic instrument for concentration.