America still reigns supreme, though there are throwaway concessions with a few Chinese and African characters included 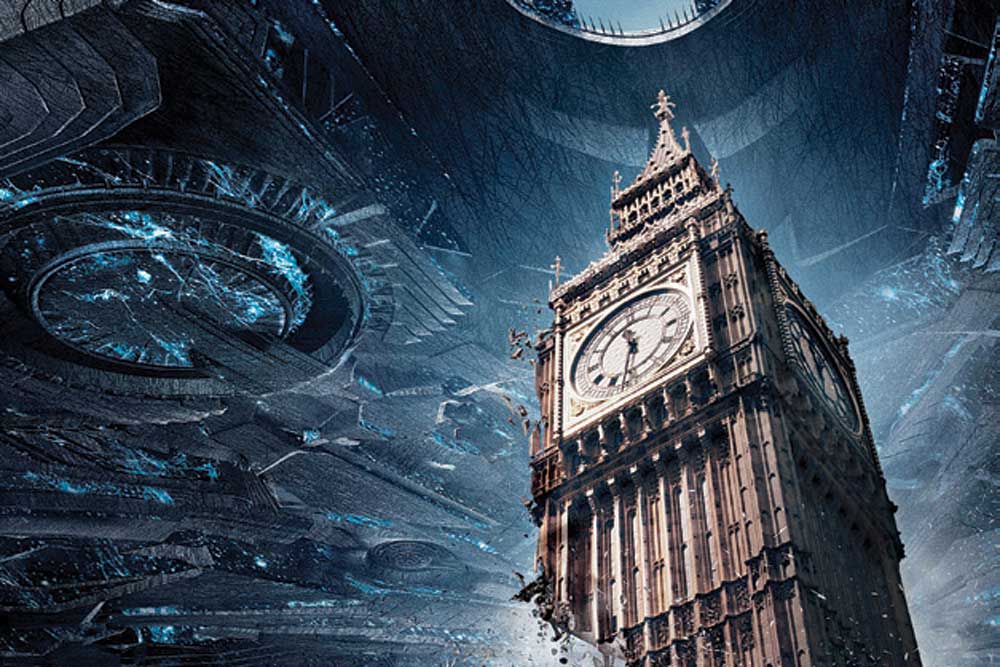 THE INDEPENDENCE DAY of 1996, a film about a war between aliens and us, was set at the end of the Cold War— when the US was the preeminent superpower. Geopolitics have changed since, but not director Roland Emmerich’s perspective on it. America still reigns supreme, though there are throwaway concessions with a few Chinese and African characters included.

The ETs are eusocial creatures. This means they live in societies like ants, bees and termites, with a giant queen central to their social structure. The Queen looks like an octopus and could easily rank as one of the ugliest villains in Hollywood movies. Fortunately, she does not speak, but all the humans do, and this is the striking difference between the 1996 movie and the present one. It is verbose, with several characters holding forth, especially on the pseudo-science that underpins their strategy to fight the aliens. This is particularly true of scientist David Levinson (Jeff Goldblum), who thinks up a decoy to trap the alien Queen. Over the years, Goldblum has been typecast as a mascot of science fiction movies, as ‘technical’ spokesperson for absurdity. He did this convincingly in Jurassic Park, but nobody will buy it here. The ‘CGI’ is not bad, but the whole premise of the film is absurd.