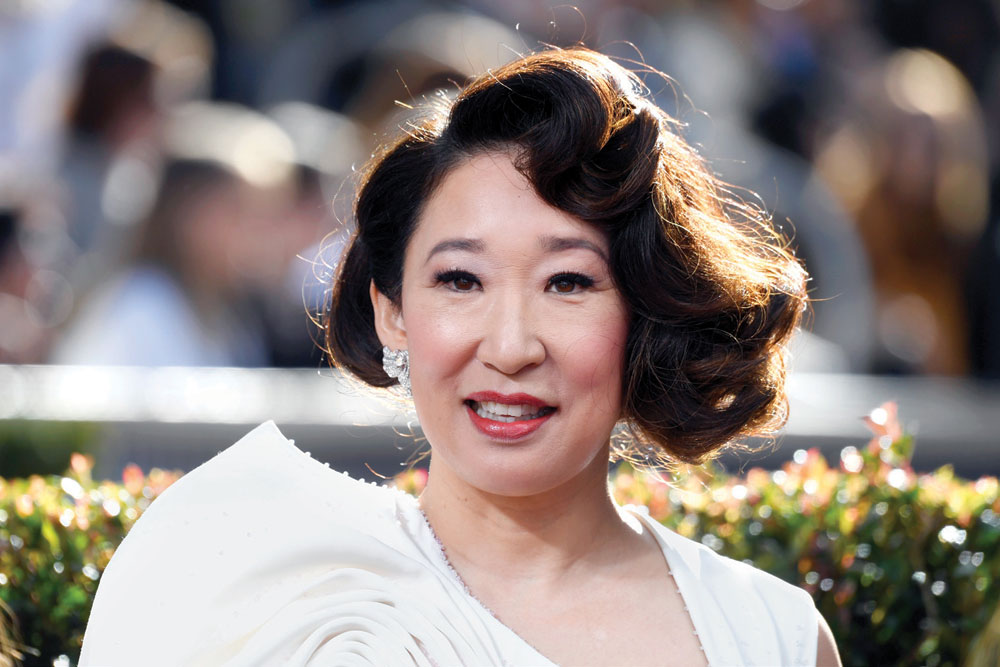 
THE SERIES Killing Eve follows the character Eve Polastri, played by Sandra Oh. She is an agent working for the British intelligence who is assigned to capture the assassin Villanelle, in the latest season. As the chase begins, they develop a mutual obsession, and both end up playing a cat-and-mouse game.

Your character in the series seems to have no stress or anxiety. But given the pandemic and lockdown, have your anxiety levels been affected?

I’m in my house in Los Angeles. The one way I’ve been dealing with Covid and the lockdown is that I’ve been in communication with so many people, actually groups of people from my past. I recently created, and I’m also the Zoom organiser, for all these groups, from my theater class. I went to the National Theater School and I graduated in 1993, and recently a bunch of us were texting, and now every Friday we have a cocktail. But our first Zoom meet many of us had not seen each other or spoken in almost 27 years. So, it was really great to go back and say hi to people. And that is one of the best things, which I hang onto at this time. I’m sure that we all do, seeing how we need to connect and stay healthy. I do have a meditation practice and I have been leaning heavily on it, because I do feel the level of anxiety is so high, that my need to sit and practice meditation is very, very strong. I do this at least a couple of times a day.

Last year you were on the cover of Time magazine. What did that mean to you? Did it make you feel empowered?

Being on the cover of Time was such an honour, a tremendous honour because Time magazine has a certain place in the North American consciousness, at least in my consciousness. I felt a certain type of validation and I was really, really grateful for that. As far as empowerment, it gave me a platform, but the greatest influence is through your work. But when you have those other platforms, let’s say there was a gala around Time magazine covers and I was able to give a toast, and it’s like those moments, what do you want to talk about, that is when you can possibly have influence. And at that time, I decided to talk about Beyoncé’s homecoming, and I was able to talk about certain artistic visions that I saw, which is what she was doing and what had influenced me. That is how those platforms can help you grow influence.

You have had great success as an actress. But was there pushback from your parents when you told them you wanted to be an actor? Usually Asian parents want their children to be lawyers or doctors.

Well, I did play a doctor on TV for a decade! My parents already had doctors in the family, my brother-in-law is a doctor. My brother and sister-in-law both have their doctorates. They are scientists. And I think that it was a really fun time for my parents when I was on Grey’s Anatomy, they had at least one child playing a doctor.

But I think of a certain generation and the expectations that were put upon us as children. And I would say, honestly, after the battle I had of wanting to go to theater school in the first place, in the early 90s, the first battle I had was for them to understand what it was that I wanted to do with my life as an artist, actually came when I did The Diary of Evelyn Lau. It was a television movie that I did in 1993 and that was the first step in their acceptance. When I won the Golden Globe in 2019, I was able publicly to thank them. I am very lucky to grow as an artist, because I had parents who do accept me. Let me tell you, there’s plenty that my mother does not accept about me, plenty, but ultimately when it comes down to the resilience that I think that you need as an artist, I do think that my parents provided me with that. So, to thank them publicly at the Globes was a very profound moment for me.