An anomaly in Scorsese’s oeuvre of mean dystopias, this is his dreamlike tribute to cinema 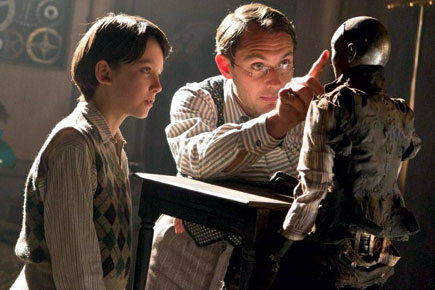 An anomaly in Scorsese’s oeuvre of mean dystopias, this is his dreamlike tribute to cinema


To understand the movies you have to love them first. Hugo is not only Martin Scorsese’s billet-doux to early cinema and its lost hero but also offers gratitude, empathy and concern to the inventions that helped shape cinema of the future. But the first hour or so of the film is spent exploring the adventures of Hugo Cabret (Asa Butterfield), a 12-year-old orphan who combs a railway station in Paris for food and survival. Precocious, Hugo winds clocks clandestinely at the station in the absence of his alcoholic uncle. His father (Jude Law) has left behind an automaton which contains a secret drawing but won’t function without a heart-shaped key. Isabelle (Chloë Grace Moretz) has one. The quest leads them to the discovery of the real identity of Isabelle’s grandfather, the visionary filmmaker Georges Méliès (Ben Kingsley).

Hugo is an anomaly in Scorsese’s dazzling career; it sits like an outsider, mirroring his own position in Hollywood. There is a dreamlike quality here that you are unlikely to find in the director’s otherwise mean dystopias. The early scenes glow with imagination, and it’s an imagination imagined, not borrowed. It’s befitting that Scorsese pays Méliès back in a technology he would have found irresistible. In a moving scene, an admirer turns up with Hugo and Isabelle to reassure Méliès’ wife that he is a great artist. Then, he catches her by surprise, reminding her that she looks as lovely as she did in her husband’s movies.

Hugo comes not from Scorsese the artist, but from Scorsese the person. The boy is his alter ego. As 80 of Méliès’ films are painstakingly restored in the climax and the camera pans to Hugo, for a second we see Scorsese in him, thrilled at introducing Méliès to a new audience. That’s when the film acquires a tone of humility, turning itself into a modest masterpiece.