Wrought with great intellectual and technical finesse, this film is pure poetry in motion 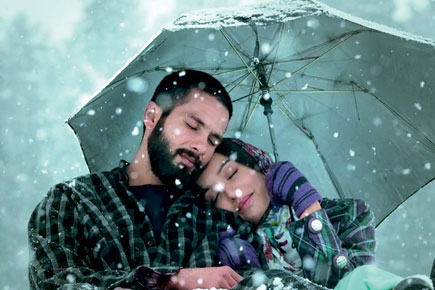 Wrought with great intellectual and technical finesse, this film is pure poetry in motion

“Denmark’s a prison,” says Hamlet, Prince of Denmark, “a goodly one; in which there are many confines, wards and dungeons, Denmark being one o’ the worst.” This is probably the most overt political statement in the play Hamlet, and it is adapted to Haider as its central theme—the idea that Kashmir, in the turmoil of insurgency, has turned into a prison for Kashmiris.

Beginning with claustrophobia in the mind of one man, the confinement turns into an infection and spreads. Haider (Shahid Kapoor) has just come back to Srinagar from university at Aligarh and finds his house blown up by the Indian Army and his father arrested, missing, and presumed dead. His uncle, Khurram (Kay Kay Menon), is already courting his mother and Haider is seen by the State as the son of a militant and a potential threat. While still mourning the loss of his father, now confirmed as dead, he is put under surveillance.

As Haider’s world collapses around him, so do the lives of his antagonists, and this process of disintegration—a psychological one for Shakespeare, a social and cultural one for director Vishal Bhardwaj—is the essence of this adaptation. It is an exercise that requires high intellectual, aesthetic and technical skills, and this film may well be one of the most original productions. It does not dwell excessively on the philosophical ruminations of the troubled Prince, but ignites the political undercurrents of the play—with passion and poetry— like no other adaptation you will see.

With the Ghost (Irrfan Khan) whispering into his ear, with his mother, Ghazala (Tabu), attaching herself to his cerebral cortex, with his lover, Arshia (Shraddha Kapoor), in irreconcilable grief, Haider visits the graveyard. The surreal choreography of the grave diggers’ ditty sets the tone for the end of this tragedy in Kashmir. With Maqbool (2003), Bhardwaj raised the bar in Hindi cinema. It has taken him 11 years to raise it again in Haider.