As the Wind Blows | Sure Bet 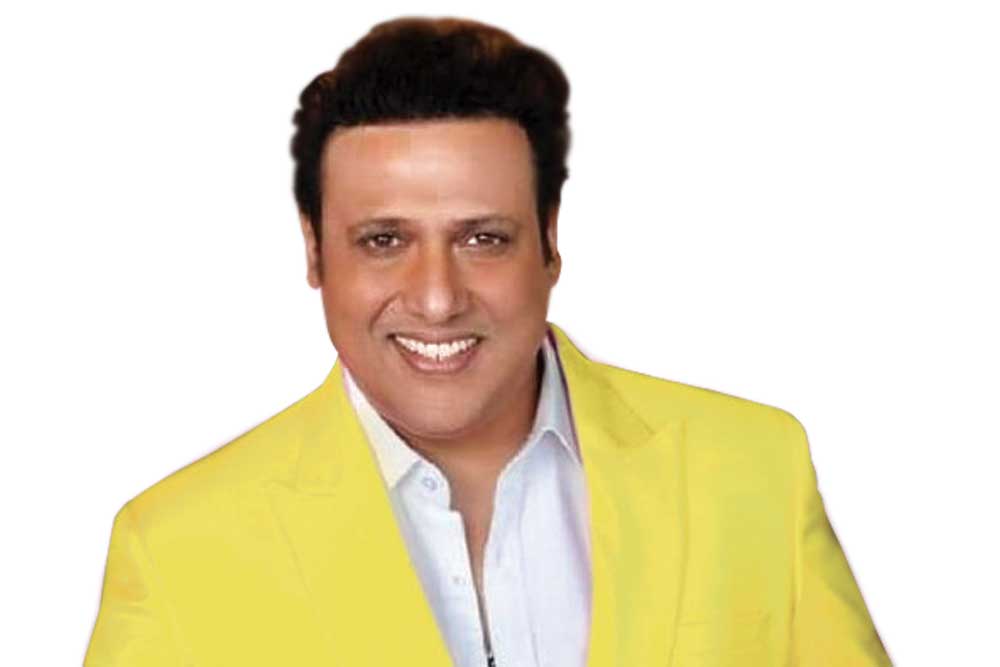 
No one rocks yellow pants like Govinda. Yet he was unwilling to get painted blue for James Cameron.

Chi Chi bhaiyya recently revealed in an interview that not only was he offered a role in Cameron’s sci-fi epic Avatar (2009), he also suggested the film’s title to the Titanic director. Without a hint of sarcasm or irony, Govinda said he turned down a role in Avatar because he couldn’t commit 410 shooting dates and was unwilling to wear body paint for the role. He also revealed he told Cameron the film would take much longer to make than the filmmaker had envisioned. He said Cameron was upset when he predicted the film would be a long, gruelling project. Oddly, the actor offered no details on when, where or how he met Cameron. Whether it happened in India on one of the filmmaker’s many trips here over the last two decades, in Los Angeles where he lives, in some other part of the world… or, more than likely, in Govinda’s dreams.

As the Wind Blows

Tabu took to Instagram earlier this week to mark 25 years since she became a leading lady in Vijaypath (1994). That film marked the beginning of a long and enduring friendship with Ajay Devgn, but also firmly established her as a singing-dancing ‘commercial heroine’, thanks to the iconic Ruk ruk ruk song, an image she shook off early on with solid parts in character-driven films like Maachis (1996) and Kala Pani (1996).

To be fair, few (if any other) actresses have had the sort of career longevity that Tabu has. Only last year she was nominated for best actress for her delicious performance in Andhadhun alongside relative newbies Alia Bhatt and Taapsee Pannu. This year she happily played the wife of a middle-aged man who had fallen for a younger woman in De De Pyaar De, pretty much stealing the film from co-stars Devgn and Rakul Preet Singh, even as she sportingly went along with ageist jokes and ‘purani car’ analogies.

Like Anil Kapoor, the other actor who has reinvented himself repeatedly to create a long and exciting career, Tabu’s secret of success has been her willingness to and comfort at mixing up the choices. She’s been picked up by her Namesake director Mira Nair for a key role in the filmmaker’s BBC adaptation of A Suitable Boy that goes on the floor in September, and she’s just returned from London where she filmed a cameo in the Saif Ali Khan-starrer Jawaani Janeman, which will mark the debut of Aalia Furniturewala, the daughter of Pooja Bedi.

Sources say Tabu has a brief role as Aalia’s estranged mother, a cheerful hippie modelled after Meryl Streep’s character in Ricki and the Flash (2015). Tabu spent weeks working on her look and costumes, determined to try something she hasn’t yet. You’d think that would be hard when you’ve done over 60 films in seven languages over a quarter of a century. To use her oft-quoted line: ‘But what isn’t hard?’

Word is that a male A-lister who stars alongside a clutch of female actors in an upcoming release only has 20 minutes of screen time but will take home Rs 81 crore. This business-savvy superstar reportedly became determined to make this movie when he discovered a recent Oscar-nominated Hollywood film with a predominantly female cast. The subject spoke to him and also tied in with his nationalist leanings. He bounced the idea off a filmmaker whom he’d recently worked with, offered to take a key supporting role (that would nevertheless be marketed like a leading role) and jumped in to co-produce the film.
With his fingers in so many pies, he made sure he got the lion’s share of the film’s profits, attracting a cast that’s a mix of credible female stars and friends happy to take the job. He shot for nine days himself; he’ll promote the movie extensively and walk away significantly richer even if the movie tanks. He’s not regarded as the shrewdest superstar for nothing.