A startingly original film with entertaining conversations and settings 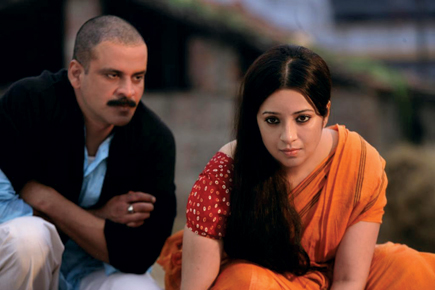 A startingly original film with entertaining conversations and settings


This film is a sprawling and fictionalised history of the coal mafia in the country’s Dhanbad area that spans decades.  The politics of coal in India as an industrial resource has been murky because the sector’s labour force is largely unorganised—a fertile ground for illegal extraction and marketing.  Unorganised labour, trade unions and socialist politics once had connections that went  right to the top of the Indian Government.

Theoretically, this film could run for 10 hours or more. Anurag Kashyap gives you scenarios, in chronology of a mafia evolution, that look authentic and have entertaining conversations and settings, apart from humour. It is as if MF Husain went to Wasseypur and was so fascinated by the colours, local culture and human interaction that he did 100 paintings for a single exhibition. The film is lovely to look at, exhausting to watch, but never boring.

The only comparison that comes to mind is Bertolucci’s 1900, a five-hour plus film that starts on 1 January 1900, when both its protagonists were born,  and traces Italian politics to 1945 and after. That film, too, has fluid camera movements that look led by the characters rather than the plot.

In which case, the characters in Gangs of Wasseypur would have to be memorable. Are they? Largely about Muslim gangsters led by Sardar Khan (Manoj Bajpai), this movie is bloody; and the blood, guts and body parts are  overlaid visually with butcher shops  and slaughter houses,  and with communal and personal self-flagellation.

This is a rather disturbing aspect of a film that is otherwise startlingly original, especially in how it documents a society as it evolves from feudalism to modernity—by using criminals as its central characters. Set in the back of beyond, as far removed from mainstream Hindi cinema as one can get, Anurag Kashyap’s film will probably have an impact that goes beyond its conceptual ideology or aesthetics.