Why she cannot be ignored 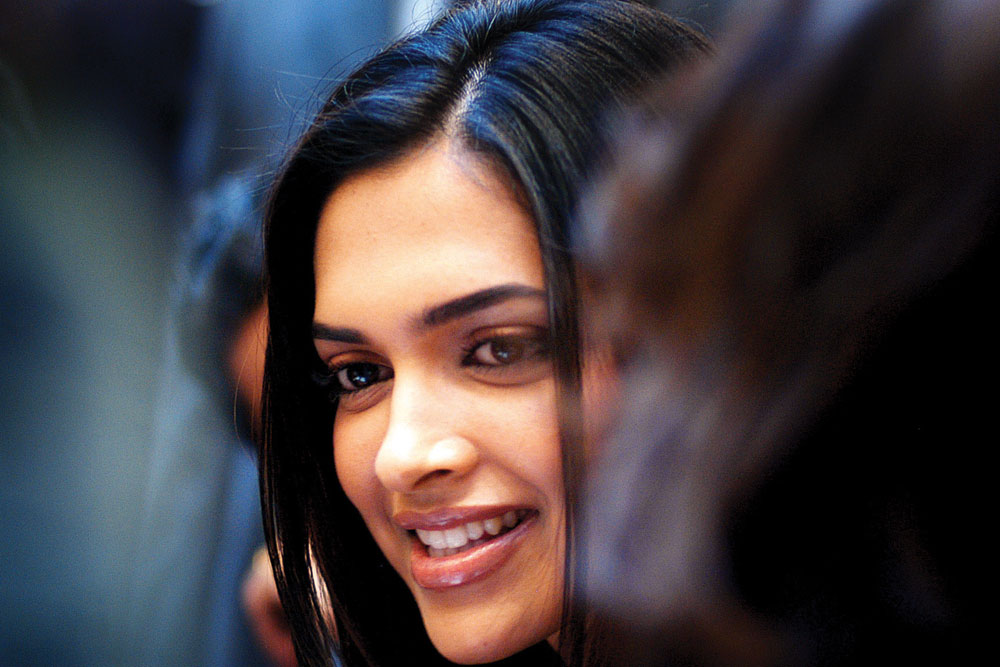 
ON A BITING COLD Delhi night on January 7, among the students of Jawaharlal Nehru University (JNU) who were protesting against the attacks they’d endured just two days prior, a new face emerged. Amidst slogans of ‘Awaaz do, hum ek hain’ (Speak up, we are one) and a sea of distressed faces still reckoning with the long night of lathis, she stood silently, in solidarity. With hands folded and head raised, dressed in black, expressing her dissent was one of India’s current biggest stars: Deepika Padukone.

When the world saw Deepika stand by JNU Students Union President Aishe Ghosh and her peers, the response fell in two camps. There were those who believed this was a publicity stunt for her recent film, Chhapaak, and others who admired her courage.

“I wasn’t surprised but I was happy to see that someone like her who is considered an icon stepped up for the students. It increases awareness and encourages more people to join the movement which is very important at this point,” says fellow actor Zeeshan Ayyub who has been part of Anti-CAA agitation from the start.

Deepika’s photo with students that night appeared on the front pages next morning. ‘#BoycottChhapaak’ was the leading trend on social media, as trolls deemed her ‘anti-national’, hurled abuses at her, asked her to go to Pakistan, and even threatened to vandalise theatres where the film was to be screened. Ministers of the ruling party accused her of being part of the ‘tukde-tukde gang’.

Looking at the hate and venom that was spewed at her, it is apparent that she had more to lose than gain by standing with the students of JNU. Her peers including Sonam Kapoor, Alia Bhatt, Anushka Sharma stuck to social media to express their dissent. Deepika’s husband Ranveer Singh has steered clear of the issue altogether. She will now never get a National Award, some opined. But clearly she has already won hearts and approval in certain quarters.


Though I am part of a profession that places a lot of importance on image and beauty, I realise very well how inconsequential it is in the larger scheme of things. Which is why a story like Chhapaak was so important for me, says Deepika Padukone

Chhapaak is Deepika’s first film as a producer and despite laudatory reviews, reports suggest that the film’s initial box-office collections have been underwhelming. So naysayers who thought this might be a publicity stunt might have to take back their words. “If she was thinking about her film, she would have gone to a university where they were celebrating a college festival or some such event. This was purely a stand she took in support of the students, and a tremendous risk on her part as the leading lady and the film’s producer. If people can’t see that they are blind,” says director Anurag Kashyap who has vehemently supported and thanked Deepika for showing her support at JNU.

DEEPIKA HOWEVER remains like water, calm on the surface, hiding the currents that might flow below. At JNU, she chose silence over words, and she continues to do so. In an interview just two days prior to her visit, she told me, “I always go by my instinct. Be it for a film or in life. I go by what I feel emotionally at that point in time, and the consequences don’t matter because it’s not something I can control.” When I sent her a message thanking her for standing up against student violence, she replied with an image with folded hands. Her managers continue to maintain that she has nothing more to say other than what she did that night.

Bollywood actors are not known for taking strong political positions. In the late ’70s and early ’80s, in the Shyam Benegal era of cinema, a handful of actors like Shabana Azmi, Amol Palekar and Naseeruddin Shah did speak out against injustice and for social equality and harmony. But they’ve always been the exception rather than the norm. Superstars of the Amitabh Bachchan ilk have always chosen to be safe rather than sorry, and have seldom dared to go against the establishment.

When actors have spoken out they’ve faced brickbats from politicians, vitriol from trolls and even had their box-office collections jeopardised, as we witnessed with Aamir Khan during Fanaa (2006) and Shah Rukh Khan during My Name is Khan (2010). After Aamir associated himself with the Narmada Bachao Andolan and Shah Rukh Khan wished to pick Pakistani cricketers for his team Kolkata Knight Riders in the 2010 IPL, both faced hate and threats.

Director Anubhav Sinha whose film Article 15 (2019) highlighted the importance of the Constitution says, “Both the actors were subsequently targeted for speaking against the growing intolerance in the country, and now they are not speaking. Whose fault is that? In a democracy if superstars like them feel unsafe about their futures and hence don’t express opinions, then there is something clearly wrong with that kind of democracy. So when Deepika despite all this tension, chooses to step up, she sends out a strong message. Even to her seniors. That is commendable.”

Deepika took a political position despite what she faced with her film Padmaavat (2018). Fringe Hindutava groups took umbrage to the film’s portrayal of Padmavati, a Rajput queen. Director Sanjay Leela Bhansali was assaulted on the film set, violent threats, including decapitation, were issued against him and Deepika. She was advised to not step out of her house until the release of the film, which she paid little heed to. “I will stand with my film and everyone who has put their heart and souls into it till the very end,” she had declared then. She may not raise slogans, but she has made it amply clear where her loyalties lie.

Film journalist Anupama Chopra who has closely followed Deepika’s journey says, “To toil on a film for three years and to face unnecessary bashing and to not have it release in seven states must have been a very frustrating experience. When you go through something like that, you develop thicker skin and I think Deepika has evolved because of that too. She’s now able to speak her mind fearlessly, and she chooses to do it.”

In 2007, when Deepika debuted in the Shah Rukh Khan-starrer Om Shanti Om she was seen as just another model-turned-actor who would need a hero to bolster her film. In interviews, she chose to be so politically correct and poised, as to be deemed bland and boring. But in the last decade she has emerged as a force unto her own, becoming one of India’s highest paid actors and making it to international ‘most influential’ lists. While it is tempting to see everything that she does as a PR gambit, she is also hailed for her spontaneity both off and on-screen. She has spoken publicly about her battles with depression and the toll it has taken. Over time, she has built her off-screen personality, which exudes strength, resilience and vulnerability.

Deepika is always in the media’s glare, with her every action and word scrutinised. Chhapaak director Meghna Gulzar says, “Deepika deals with that kind of attention very responsibly. She knows the impact of her actions and her choices. She doesn’t put on a front. She’s happy being one among us which is why she is easy to connect with.”

I always go by my instinct. Be it for a film or in life. I go by what I feel emotionally at that point in time, and the consequences don’t matter because it’s not something I can control, says Deepika Padukone

While she might be easy to connect with, Deepika is also no walkover. At a press conference when an audacious journalist asked her if her husband Ranveer Singh had invested in Chhapaak on her behalf, she immediately dismissed him saying it was her money, and only hers. “It’s the mark of an actor and icon who has matured so well over the years. Just to make the choice to produce a film like Chhapaak , that’s clearly not the most mainstream subject, displays that growth,” says Chopra who emphasises that it’s commendable to see Deepika taking a stand despite having a conciliatory personality. “She’s never struck me as a confrontational person. I’ve never seen her do that. But she has a very balanced view of the world, and she has developed this almost Zen-like persona. She’s heard even when she isn’t saying much. That’s something you work on and develop. It’s not something you’re born with,” adds Chopra.

Deepika confesses THAT the first five years in Bollywood were a struggle, and that it has taken her a while to find her own footing and a place of Zen. “It’s a joke in my family that my IQ may not be too high, but my EQ definitely is. I have this constant need to evolve and I feel restless if I don’t. If there was self-doubt I wanted to overcome it. If there was fear of a challenging scene, I wanted to overcome it. And similarly in life. I am a sensitive girl, I pick up finer nuances of people’s behaviour very easily, but a lot of those feelings would stay with me. Now I am able to express it, and expressing it is what I feel is part of my evolution,” she says.

Undoubtedly, her decision to put her face and might behind a story about acid-attack survivors proves her willingness to take risks. In the film, she played Malti with grace and resilience, and her performance drives Chhapaak from start to end. Not once in the film do you see a superstar acting as an acid-attack survivor. Deepika disappears into Malti—a demure middle-class girl who fights against the world to get justice—on screen.

“Ever since school, the definition of beauty for me has been very balanced. We had differently-abled children in our school and from a very young age I learnt how not to discriminate. So though I am part of a profession that places a lot of importance on image and beauty, I realise very well how inconsequential it is in the larger scheme of things. Which is why a story like Chhapaak was so important for me, because it celebrates the human spirit and hope and nothing else,” adds Deepika.

Thanks to Chhapaak, Uttarakhand has announced pensions for acid-attack survivors. That’s real change.

In the coming decade, Deepika hopes she can make as much of a difference as possible, both as a producer and as an actor.

“Cinema is part of our ethos. It has the ability to change minds. So why not produce films that aim towards encouraging education, towards shaping your world view, towards learning who we really are as people. We live in a country that’s very driven by this cinema and I will do everything in my power to use this tool well. As for the future, it’s the most exciting time in films and I think it’s just the beginning. What I hope for is constant evolution both on and off screen,” she says.